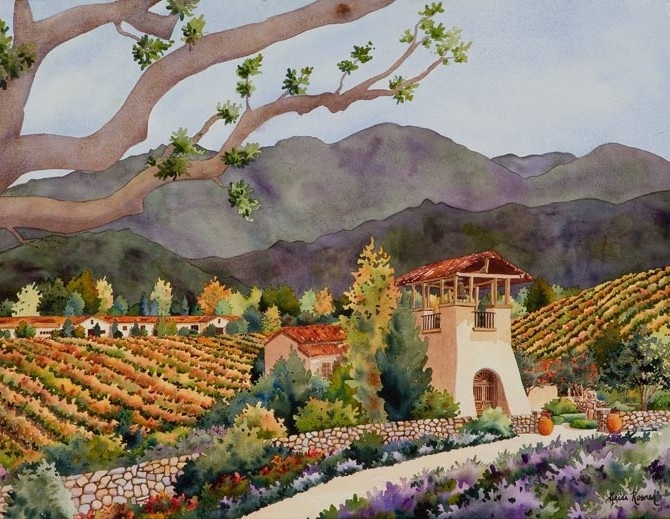 A controversial project, planned for the corner of The Alameda and Highway 156, has residents in the Mission City debating whether or not the Planning Commission's approval of plans to build a gas station and convenience store on the site should be reconsidered. Developers of the gas station say they have spent thousands of dollars and time to propose their project and have threatened to sue Frank Leal if he goes through with an appeal to consider his plans to build a boutique hotel and wine tasting room on the site.
Leal has purchased the San Juan Inn for $2.6 million dollars. He says he plans on putting an additional $1.5 million into the property to convert it into an upscale, Santa Barbara Mission style development with white stucco, red-tile roofs, etc.  He also plans to plant 50 mature olive trees and landscape with lighting and other enhancements. According to concept drawings the project will include:
·         a hotel with estimated room rates of $150-$200 per night.  (San Juan’s TOT tax is 12% which goes right into the general fund.)
·         planted grape vines and a wine tasting room, as well as a dedicated Visitor’s Center for San Juan, San Benito County, the Cienega Wine Trail and the Pinnacles National Park.  "The concept here is to position the City of San Juan Bautista as the “gateway” to the rest of the county and the Pinnacles National Park.  The City of Soledad City Council has already allocated $150,000 to position itself as the west gateway to the Pinnacles, yet there is no gateway from the San Francisco Bay Area to the Pinnacles," said Dan DeVries, the project's attorney.

DeVries outlined the following description of the proposal in an e-mail to BenitoLink:

·         Hacienda de Leal would construct, fund and full-time staff the Visitor’s Center at no cost to the city or the county.  Unlike the City of Soledad, SJB would not need to spend $150,000 just for “re-branding.”
·         The planted vines and tasting room would signal to motorists that they are entering a wine and recreation region.  Large-format photography in the tasting room would highlight the Mission, State Park and Historic Downtown San Juan.  Dining recommendations and maps would be provided, along with personalized directions.
·         The hotel will have 10 beach cruisers in a bike rack out front painted in the Leal colors with wicker baskets on the front for guests to use to ride into town to shop, tour the State Park, or purchase local produce, local wine,  etc., from Windmill Market.
·         We are exploring providing horseback riding on the De Anza Trail which will allow riders a view of the ocean at the top on a clear day.
·         Leal Vineyards has retained the national firm Broughton Hospitality for consultation and management on the property.  http://broughtonhotels.com/
·         Broughton specializes in high-end, boutique hotels throughout the country.

Critics say Leal is too late and should not be opposing the already-approved Arco station on the site for fear of labeling San Juan Bautista difficult to work with for developers. Proponents of the Arco station note that Leal has a history of not working well with neighbors and has acted in bad faith by trying to appeal a project that has already been approved by the Planning Commission.

An appeal for the Arco station is scheduled for Tuesday, March 18 in San Juan Bautista.