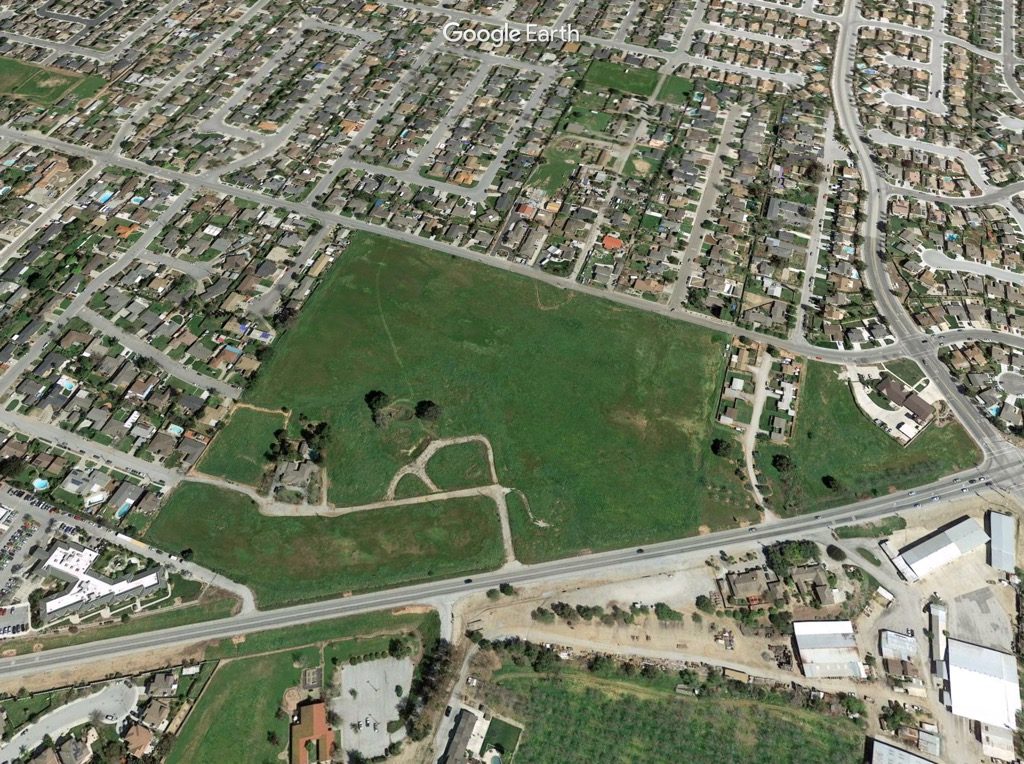 In a classic “bird-in-the-hand-versus-two-in-the-bush” scenario, the Hollister City Council on June 19 passed a resolution that will essentially deposit $1 million into the city’s coffers now instead of an non-guaranteed $1.4 million sometime in the distant future.

After Mayor Ignacio Velazquez recused himself because of his business association with CHISPA, the remaining four council members voted 3-1 to pass the resolution to modify the city’s in-lieu program that would allow the Silver Oaks Senior Community project between Valley View Road and Airline Highway to pay a minimum of $500,000 to the city's Affordable Housing Program Fund. The developer would pay an additional $500,000 for the tax credit application on behalf of the CHISPA project of 49 extremely-low income senior apartments on Line Street.

City Manager Bill Avera told the council that the Silver Oaks project had been in the works for nearly 20 years under several names. It was previously approved as an adult living development south of Hazel Hawkins Hospital. He said that in 2010 the developer, Marty Miller of Cupertino, requested an amendment to the agreement concerning when to pay fees.

“Seven years later, we have an opportunity where the developer is seeking to pay a minimum of $1 million for the in-lieu fee,” Avera said. “A minimum of $500,000 would be earmarked as part of CHISPA’s tax allocation application for the 49 units they proposed on Line Street, which is a 100 percent senior affordable complex. The other $500,000 would be available to the City of Hollister to use for another affordable housing project potentially in the future.”

“That’s pretty important because based on net present value, it’s worth just a little over $1 million versus about $1.5 million in five or six years as those units fully develop,” he said. “It’s more or less 'do you want the money now to move forward with some affordable housing projects, or do you want to wait and have him pay as those units develop?'.”

Avera also told the council that should the tax credit application for the CHISPA project be denied, all previous monies—$300,000—the city had allocated toward the Line Street project, including the $500,000, would be returned to be made available if another affordable housing application is presented to the city.

Miller told the council that the cost of the land and improvements at the Airline Highway project have made it impossible to build affordable units, which is why he was requesting the in-lieu fee route. He said he had once wondered if CHISPA could build 68 affordable housing units on his property, but decided not to go in that direction.

“In order to get the units at a low enough price to address low and very low income people, we’d have to change the zoning to increase the density,” he said. “Then we’d have to redo our engineering plans, we’d have to come back for new approval, and go through the process all over again. That would probably take a couple years and a lot more money, which didn’t make sense.”

Then Miller said he found out about the Line Street property and thought about trying to buy it. He said if he was able to do that, he would offer to help CHISPA to build the 49 units and would be willing to pay $1 million.

“In today’s dollars and if we could build Silver Oaks today, the in-lieu fees would amount to about $1.5 million,” he explained. “If you had the dollars today they’re worth about $1 million versus getting the money over the next five years. I’m not sure I could get the financing to build this over a five-year period, but if I could, it’s roughly equal. Getting the money over five years is equal to having all the money in your hands today. This money could go to CHISPA to help them with their project and it can simplify my project. Having an affordable component when you have no subsidy for it is a very hard sell to the banks.”

Miller described his proposal as a win-win-win situation, in that the city gets affordable housing, CHISPA gets to build them, and he has a sellable project that has a better chance to be funded.

Councilman Raymond Friend said it would be good to get the money up front and quipped that when the project was first proposed that neither he nor Miller were old enough to live in it, but now both of them could qualify.

“This is a great in-fill project and I’m glad that you put the age restriction back on,” Friend said. “That close to the hospital it’s important.”

Miller responded that when he checked Census Bureau statistics, 21 percent of Hollister’s and San Benito County’s population is over the age of 55, and is growing by 7 percent annually.

“This is an underserved market,” he said. “There’s nothing of significance going on in Hollister to address the needs of seniors. Hopefully, these two projects will start that and maybe people will come in and do more of them.”

During public comments, Dana Cleary, director of real estate developments for CHISPA, commented that some of the tax credit applications she has worked on have taken years to complete.

“I’m always looking to see who else is applying for tax credits,” she said. “You’re helping me with the funding you’ve already committed, and Billy’s (Avera) creative solution to get money now into a tax credit project that’s in-hand and how can I reserve money for a future project made a lot of sense. This will definitely help us and I appreciate it.”

Councilman Karson Klauer expressed some concerns with the resolution. He said when the project was originally presented to the council in 1999, it was for 40 percent affordable housing, which equated to $3.4 million for the city. He said the houses would have been a lot less expensive 18 years ago. Then a few years ago the dollar figure dropped to $1.5 million.

Klauer also said he had an issue with most of the low-income housing being built on the west side of town.

“I would like to see affordable housing spread out more evenly across all four districts,” he said. “There are very few units in mine or Councilman (Jim) Gillio’s districts.”

The in-lieu fee was probably the best option available, Klauer said, but, philosophically, to go from $3.4 million to $1 million was unacceptable to him. He said he was not sold on the resolution and was the lone vote against it.