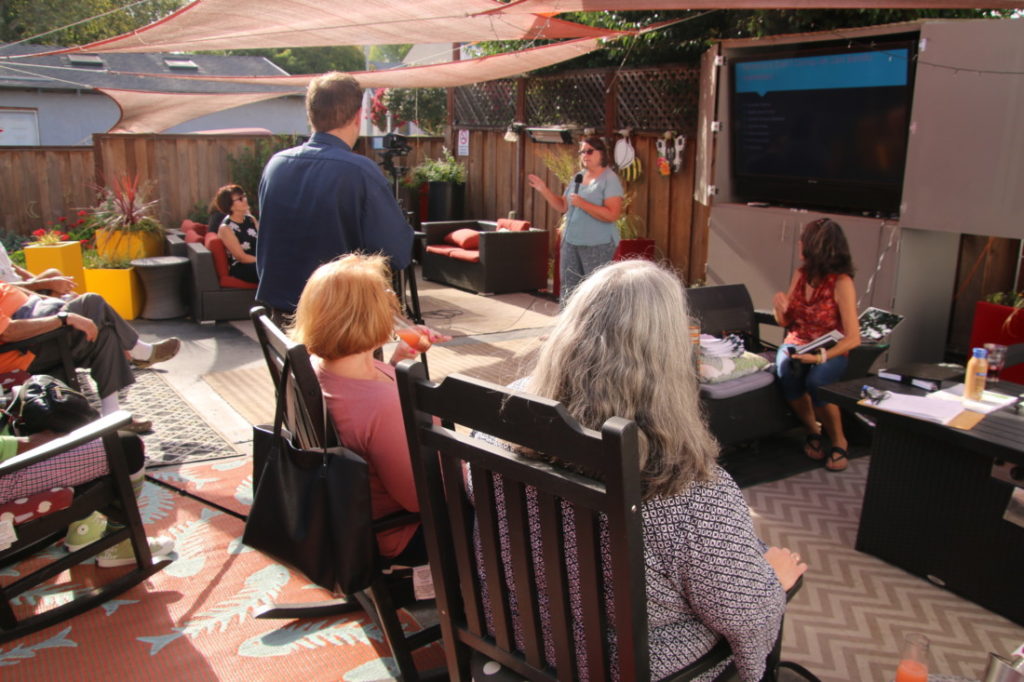 Nearly two dozen people came to the Don't Dump on San Benito forum to hear about the county's move to expand the John Smith Landfill. Photo by John Chadwell. 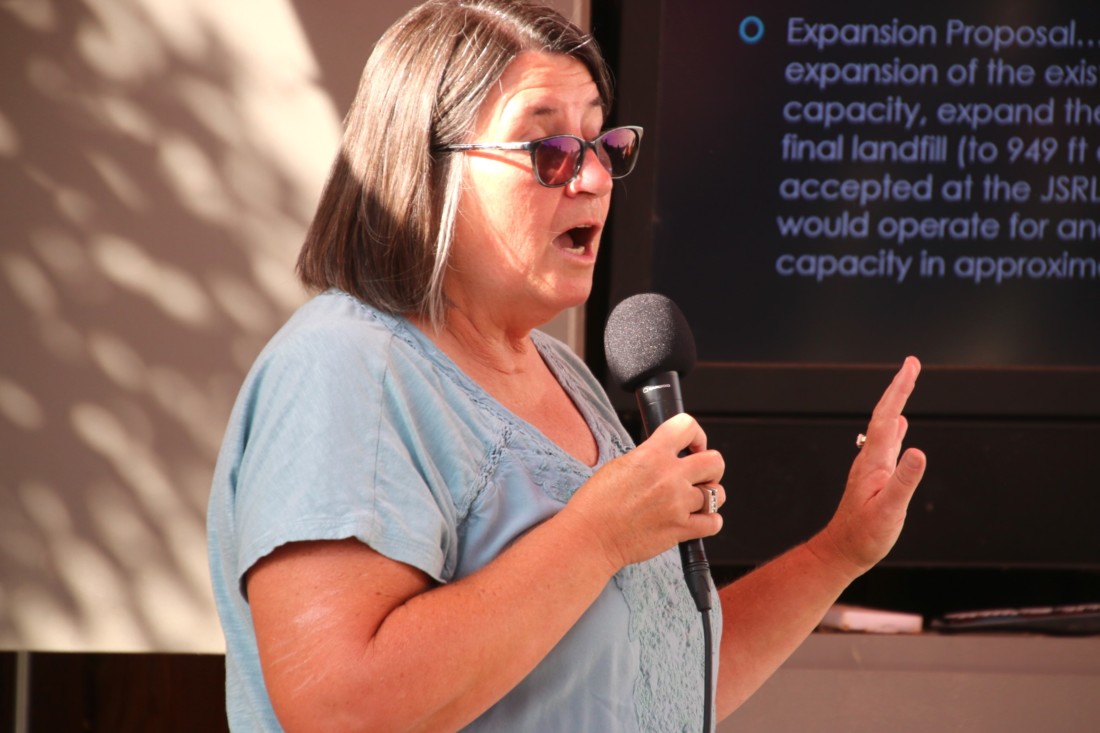 Maureen Nelson said people need to send their concerns about the landfill to the county as soon as possible. Photo by John Chadwell. 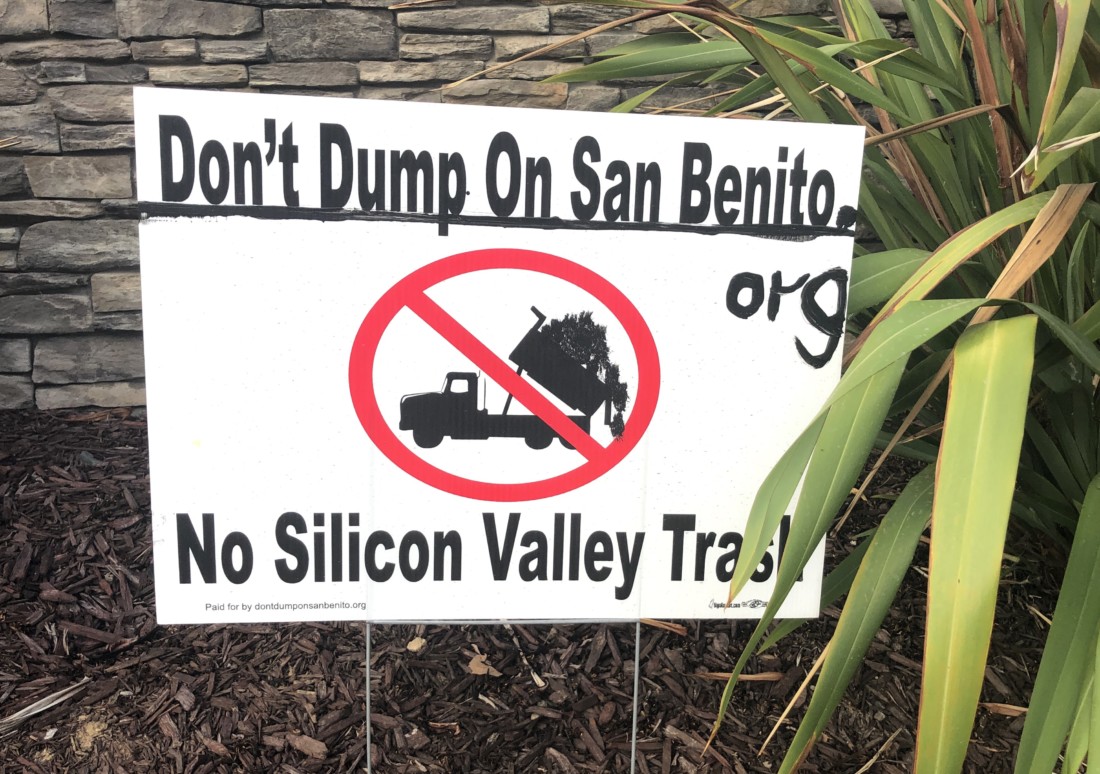 A lawn sign that is posted a several homes in Santana Ranch and the county. Photo by John Chadwell.
×

About two dozen people showed up at The Garden Shoppe, 364 7th Street in Hollister on Aug. 2 for a forum presented by the grassroots activist group Don’t Dump on San Benito concerning the proposed expansion of the John Smith Landfill.

Don’t Dump on San Benito “began with a few dedicated residents who are passionate about protecting their community,” according to the group’s website. Individuals within the group of about 120 “attend the county’s information meetings about the landfill expansion, researching, ask questions, knock on doors to educate neighbors, and discuss how to prevent the dump expansion from negatively impacting their community.”

The county’s draft environmental impact report for the expansion of the landfill was released July 15. Residents have 45 days to respond with their concerns and objections by email to Stan Ketchum at [email protected]. The massive document is 485 pages with several addendums, one of which is 720 pages, and is filled with jargon and vague statements that most residents will balk at reading, much less responding to, Don’t Dump on San Benito said.

The group said the EIR is so difficult to comprehend that they divided it among five of its members to read specific sections and then report back during the Aug. 2 meeting.

Maureen Nelson, co-chair of the group, said the county owns the land where the landfill is located. Currently, the landfill occupies 95.16 acres, and the county wants to expand it by another 388 acres. Of the 95 acres, 58 acres contain waste material. Five of those acres are devoted to class 1 hazardous waste, which has been closed off and is inaccessible to the public.

Of the proposed 488 acres, 195 acres would be used for trash, with the rest serving as roads and buffer area.

Nelson said the expansion would increase the elevation of the landfill to 949 feet above sea level, well above the 880 feet of the surrounding mountain range. She said as of April 1 the landfill could no longer accept waste from outside the county. She said prior to that time the landfill was accepting 1,000 tons per day. Of that, 200-240 tons were from county residents.

If the expansion is approved by the San Benito County Board of Supervisors, the landfill will take in 2,300 tons of waste plus 575 tons of recyclables a day.

The move would extend the landfill’s life to 2072, she said. After that date, it would remain open another 15 years to only serve the county. Nelson said the EIR must by law include alternatives to the proposed expansion. They range from supervisors refusing to pass the expansion and only taking in-county waste, to a “they would expand the landfill to a reduced landfill footprint.” She said the language is so vague, the intent is incomprehensible.

She said another alternative, should the expansion fail, is to go across John Smith Road, where the county owns another 101 acres, and establish a southern landfill. The land was once proposed for a resource recovery site, but opposition from a small group of residents in nearby Heatherwood Estates defeated the project. A new landfill would be established there, but the county is saying it will need an additional 67 acres in order to store the soil that will be used to cover the waste.

The last alternative, she said, is the most puzzling. The landfill would become a transfer station, where the waste would be brought to the landfill, and then trucked to another unknown landfill, presumably outside the county.

Other areas of concern the speakers covered included, according to the presentation:

BenitoLink sought comments from the five county supervisors. Betsy Dirks, whose district includes the landfill, said she could not reveal her position on the landfill until she votes. Meanwhile, she said she is working her way through the EIR. She said she is looking forward to hearing from the community at the county’s Aug. 22town hall.

“There will also be an opportunity for oral public comment at the landfill standing committee on Aug. 24 at 6:30 p.m.,” she told BenitoLink, adding that she does not think 45 days is long enough for the public to respond and that she has already asked to push the deadline to 60 days.

Supervisor Bea Gonzalez said, “The 400-plus page EIR Report is so vast that it is going to require additional time for me to review it in its entirety. I realize that the 45-day window is required by law, however, in my opinion, 45 days isn’t sufficient to address an issue of this magnitude. I encourage residents to attend any and all town hall or informational meetings that are presented to educate our residents.”

Supervisors Kollin Kosmicki and Bob Tiffany said they were waiting to get all the facts and public input before they made their decision on the landfill expansion. 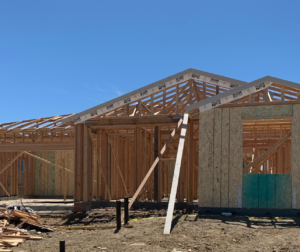