Eagle candidate hopes to see the pergola dedicated to a veteran 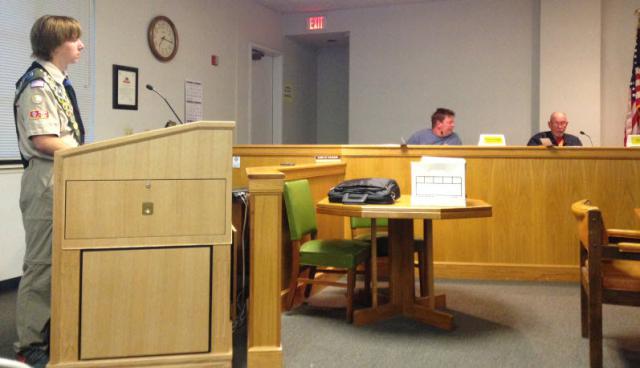 This summer, Andrew Pearson supervised 142 hours and three days of labor as his team of 22 volunteers erected a pergola near the skate bowl located in San Benito County’s Veterans’ Memorial Park. A pergola is larger and provides more shade than an arbor or a trellis. To earn the rank of Eagle Scout, Pearson told BenitoLink his project became part of the plan to improve the skate park with ramps, jumps, and rails.

Before the pergola, the only shade in the skating area was a large tree, 10 to 15 yards away from the bowl, forcing skaters to go around a tall fence to reach it. Now the pergola casts shade on a large area near the skate bowl.

Pearson said, “After the second day's work, when all of the important construction was finished, I saw people resting underneath the structure, being shaded by my project.”

Pearson, according to Eagle project guidelines, could not work directly on the construction but rather had to fulfill the role of supervisor, responsible for job assignments, work flow, and volunteer safety. This challenge marks the pinnacle of leadership training required to earn the special distinction of Eagle Scout.