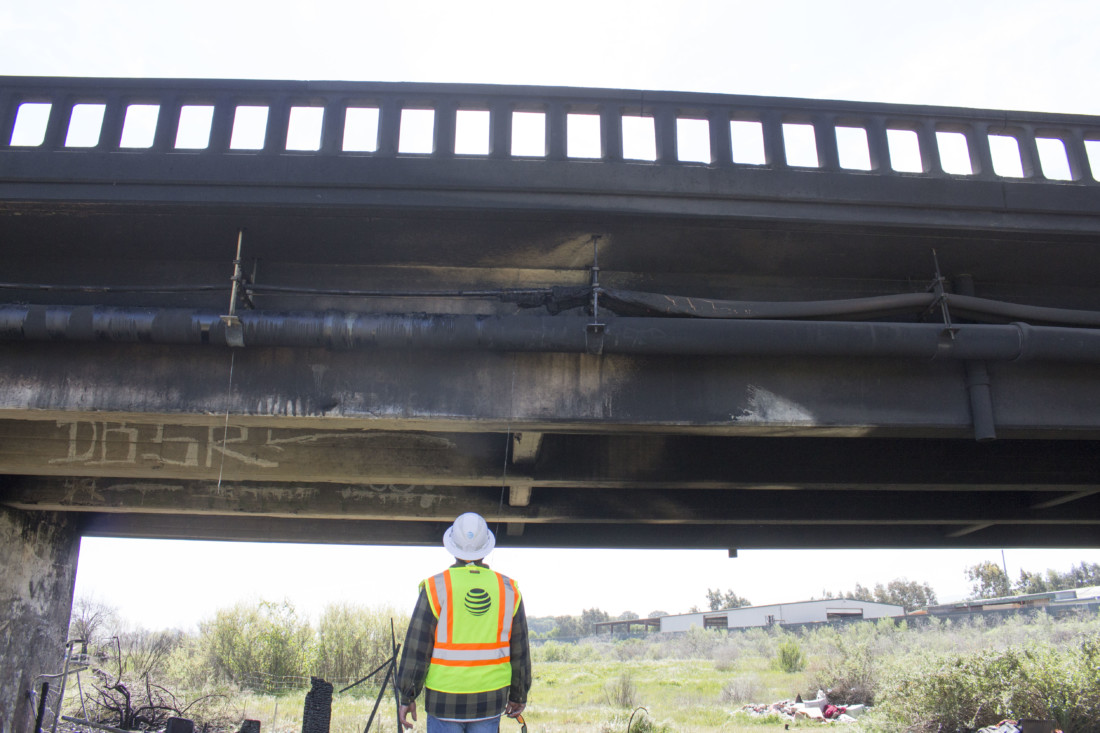 A worker with AT&T examines the damage from the fire. Photo by Noe Magaña. 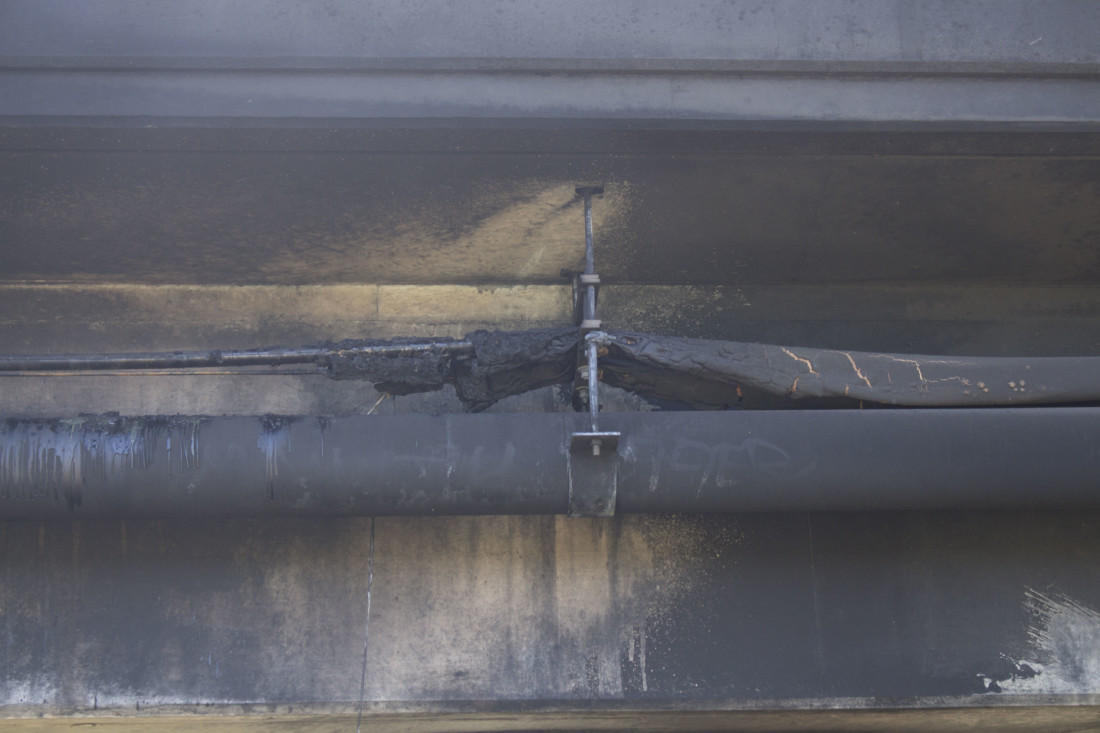 Damage on lines running alongside the bridge. Photo by Noe Magaña. 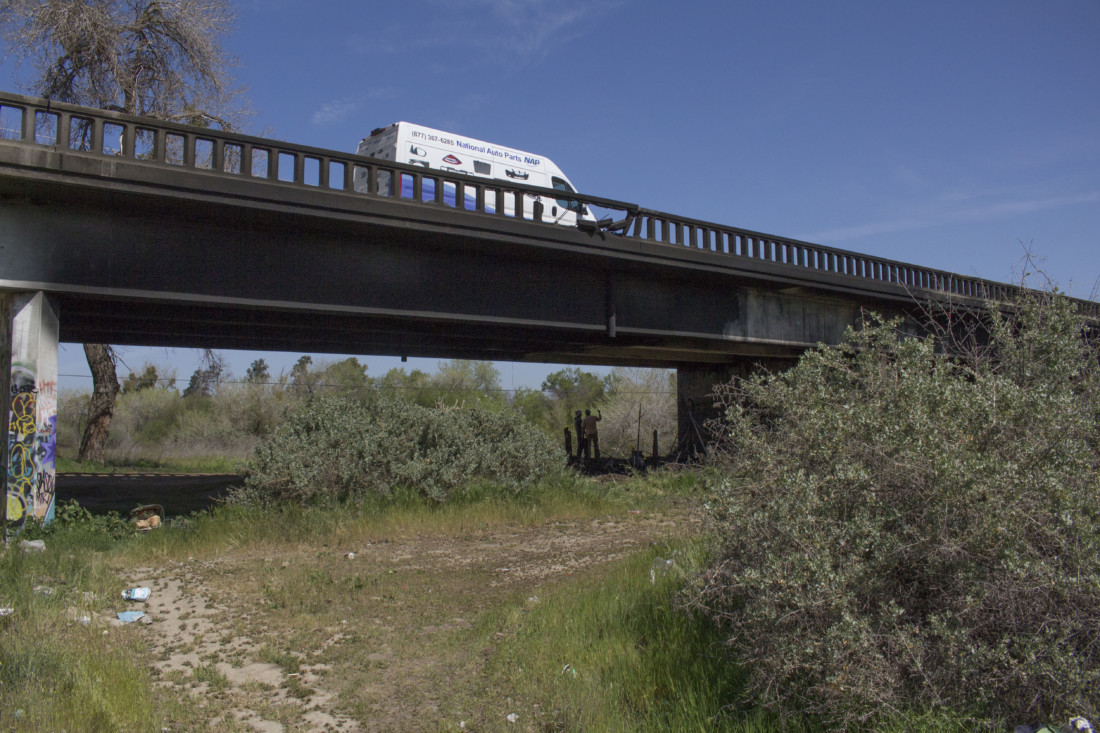 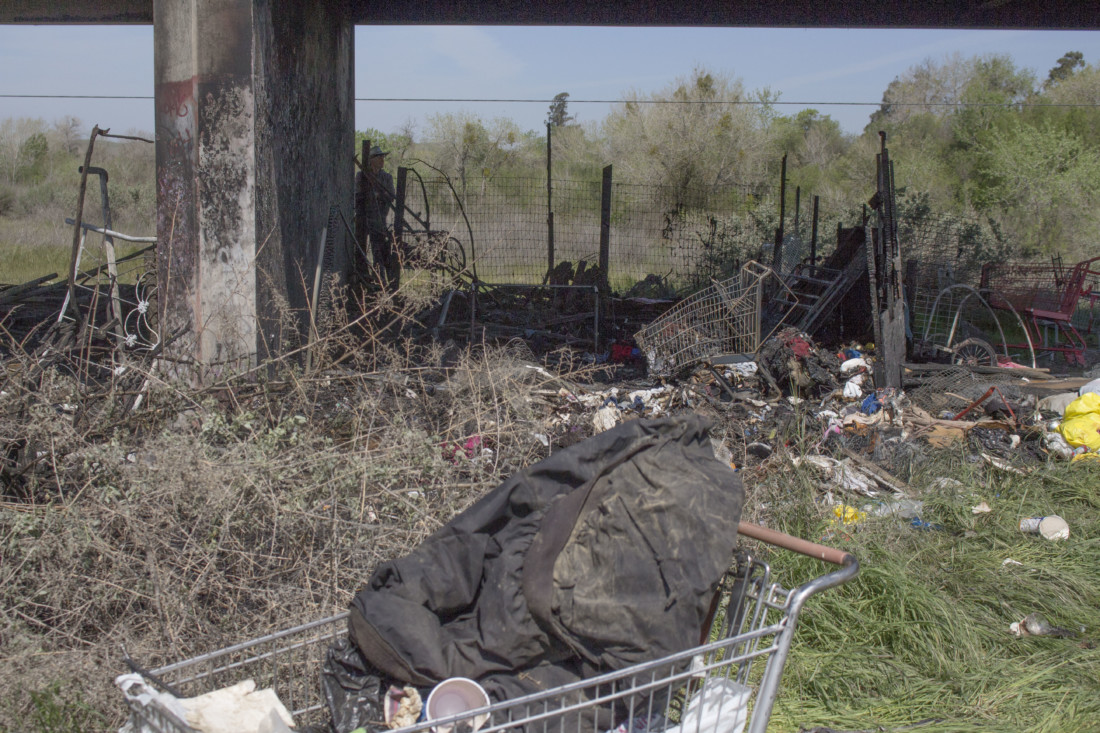 The remains of a homeless encampment. Photo by Noe Magaña. 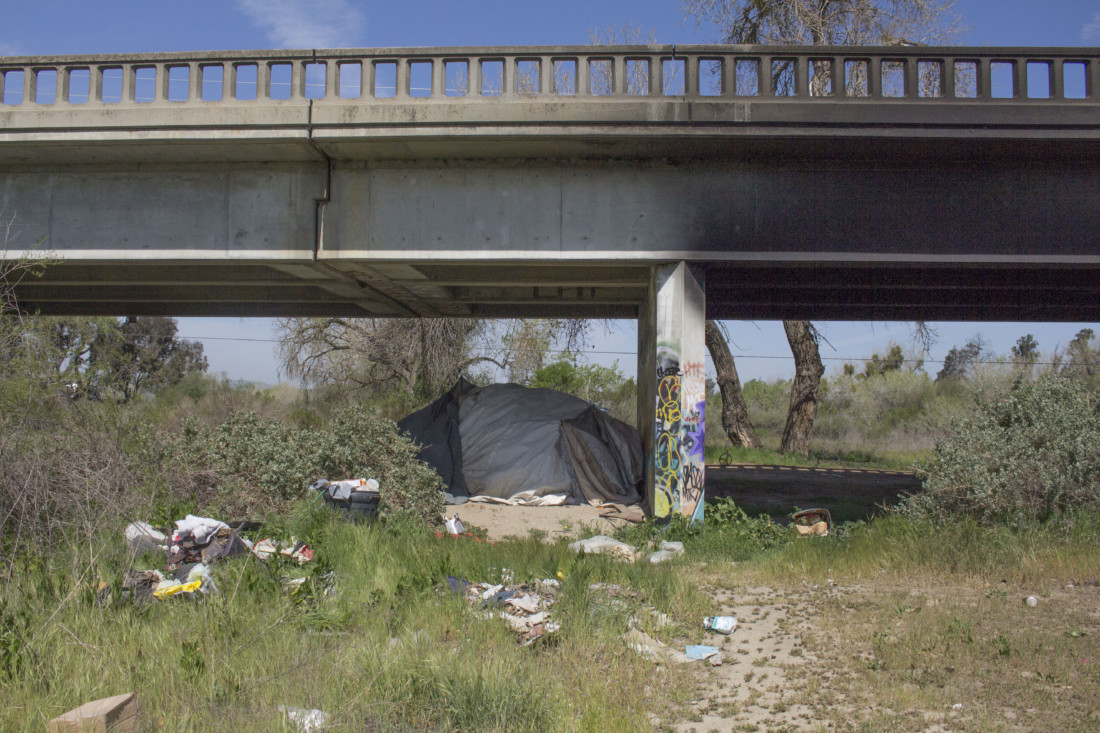 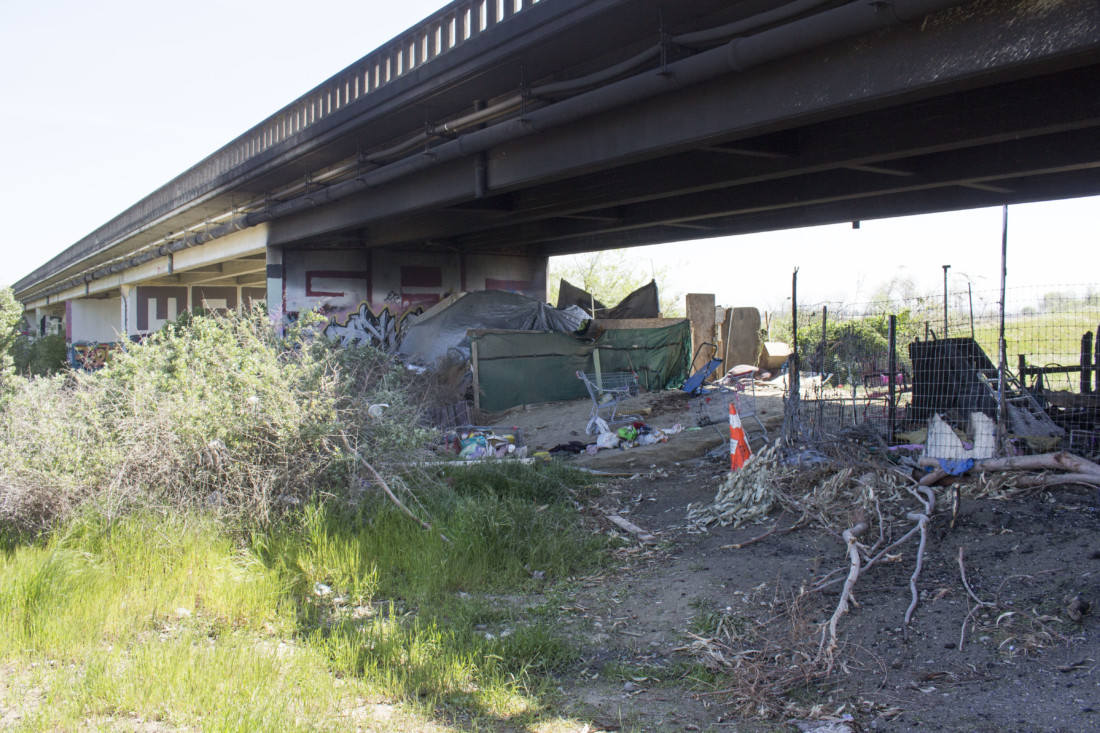 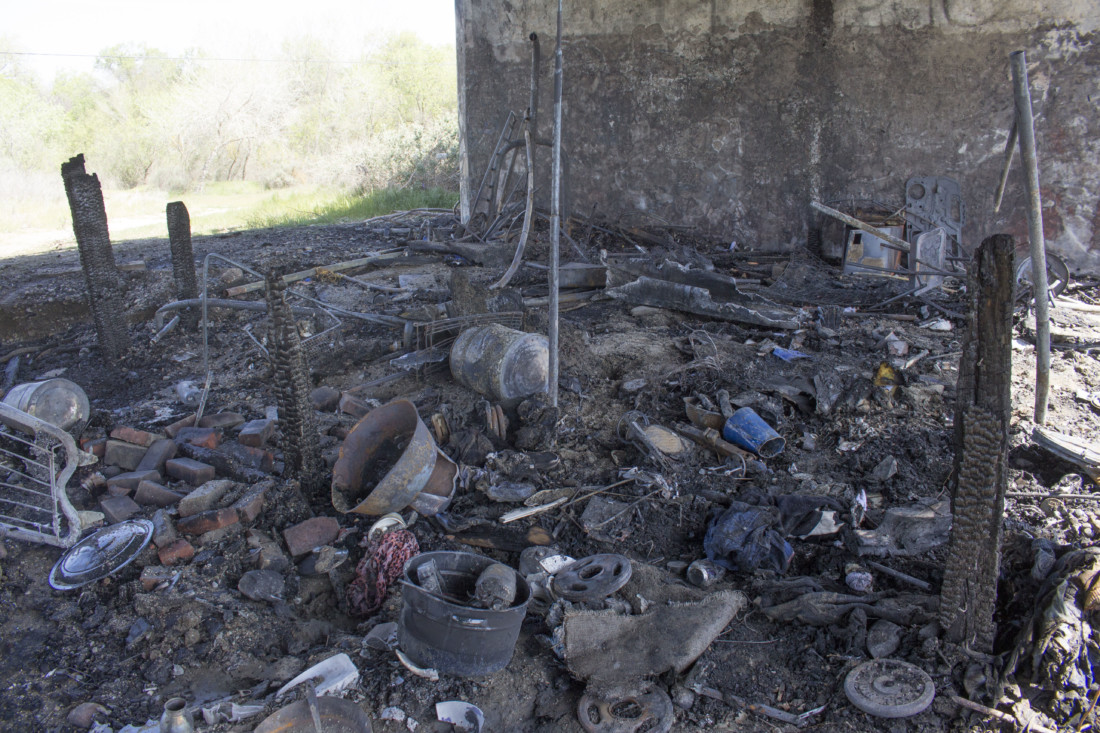 The remains of a burned encampment. Photo by Noe Magaña. 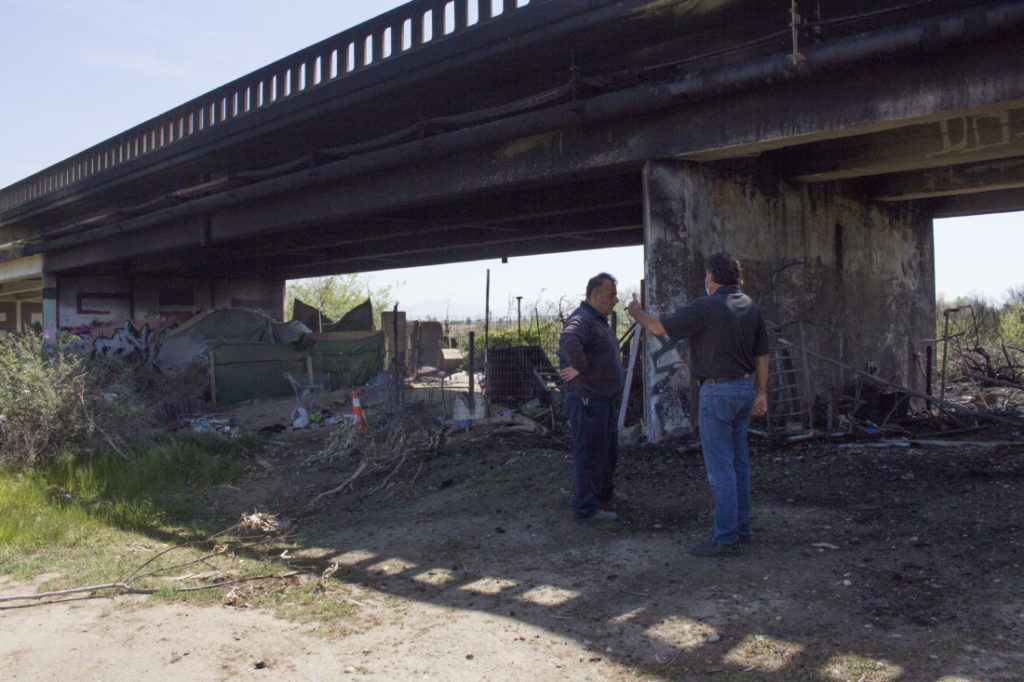 The fire department responded at 3:35 a.m. Bedolla said the cause of the fire is under investigation.

“Our No. 1 priority, because we did know that it was a homeless encampment, was to make sure that we took care of life safety first, which was possibly any rescue,” Bedolla said. “As soon as we confirmed nobody was in there we continued with fire suppression.”

The fire burned two homeless encampments. Bedolla said a woman from one camp evacuated when the fire began, and a man in the other camp was not in his tent at the time of the fire. There are about 10 encampments in the vicinity of the bridge.

AT&T, Hollister city staff and Mayor Ignacio Velazquez assessed the damage later in the day. Damage to communication lines running alongside the bridge is visible, along with smoke marks.

Cause of death is pending autopsy; San Benito Sheriff’s Office does not suspect foul play.