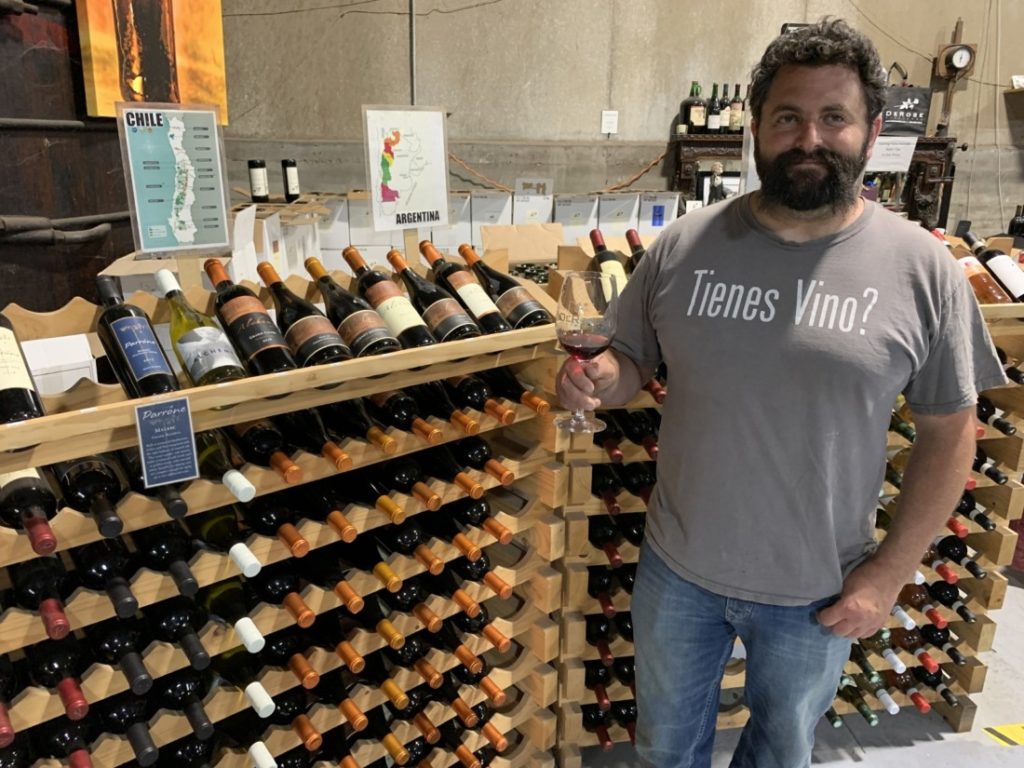 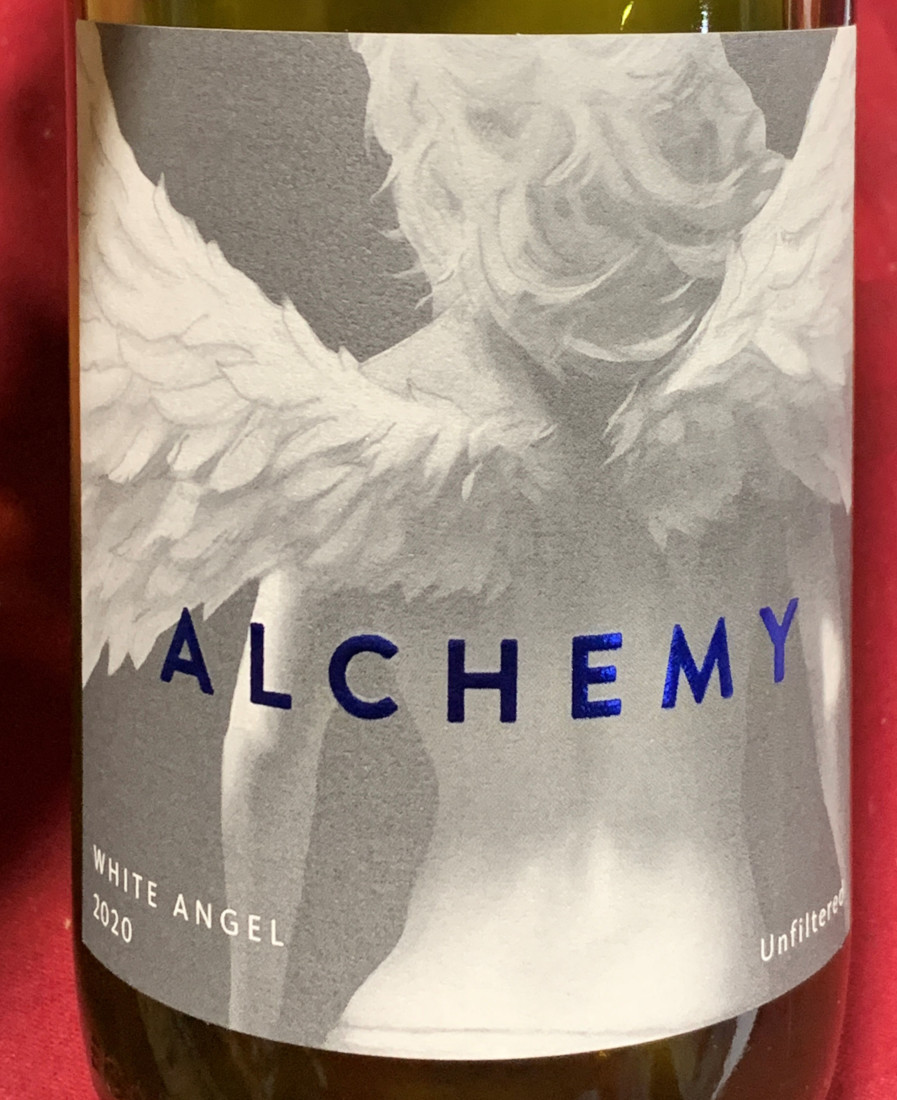 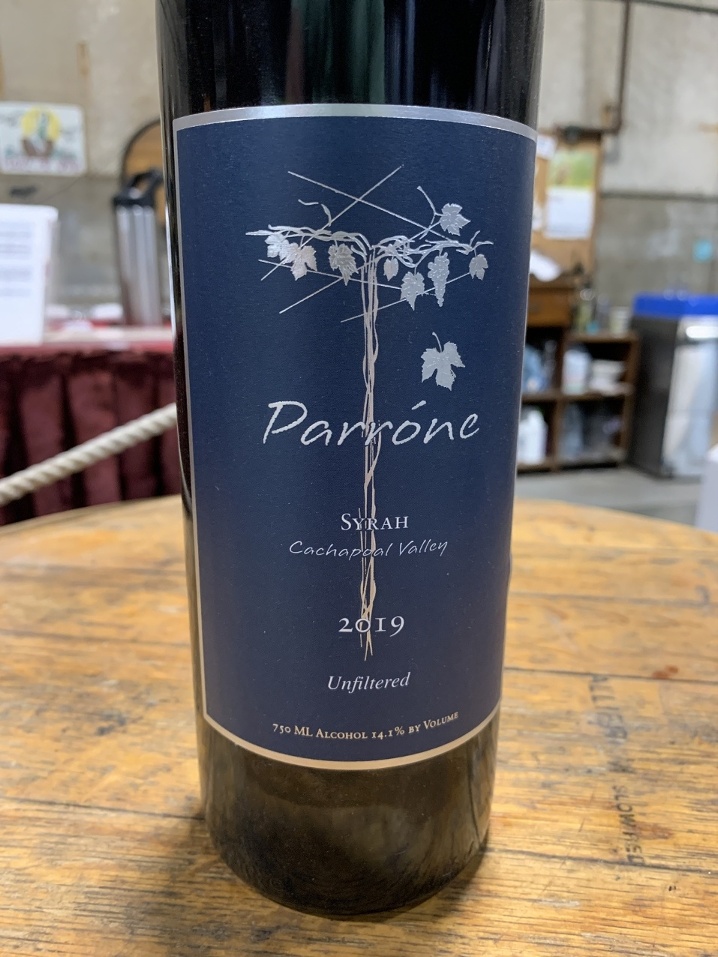 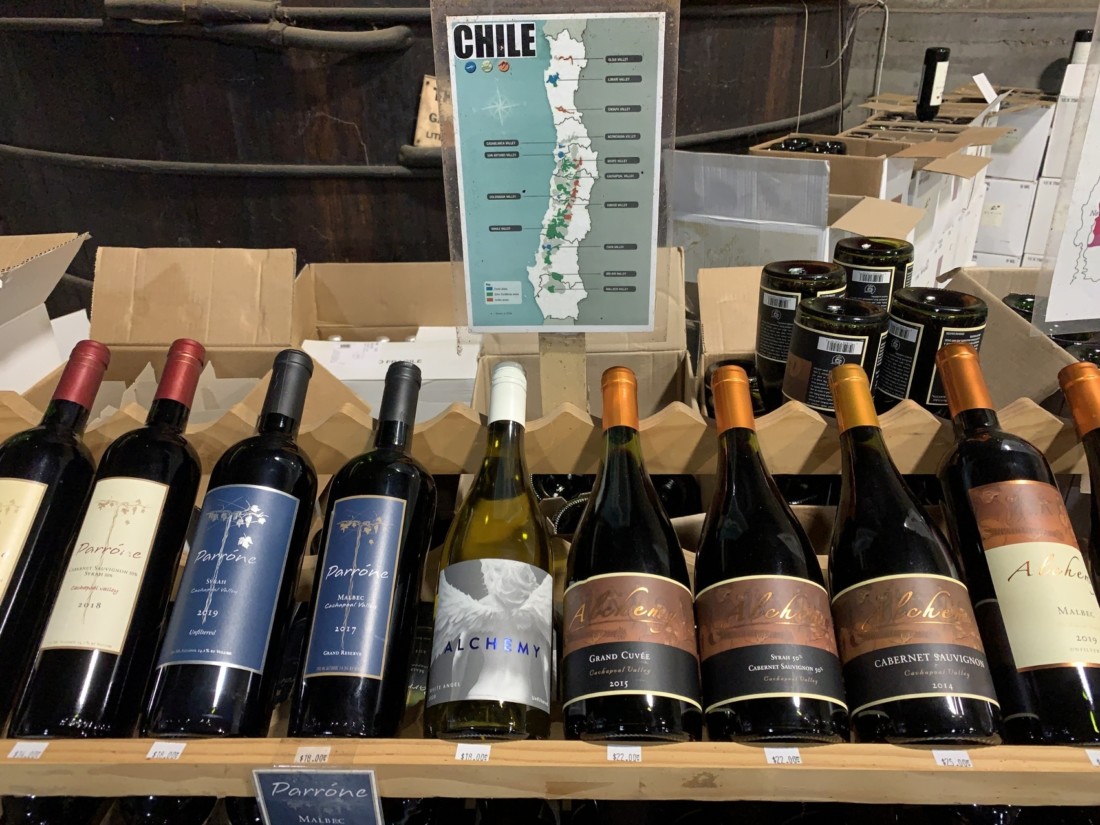 DeRose Winery enjoys the distinction of owning part of the oldest commercial vineyard in California, but winemaker Al DeRose can also lay claim to overseeing wine production on two different continents. Besides tending to the winery’s historic vines, some dating back to 1855, he also travels to Chile several times a year to oversee the production of his own Alchemy and Parrone labels.

DeRose was 10 years old when his family bought the property in 1986 and he grew up helping his father in the vineyards, gaining practical knowledge of the craft. After high school, he attended De Anza College before transferring to Fresno State University to study enology, the science of winemaking.

DeRose finished his classes in December 2001 and, in January 2002, left for Chile to work a grape harvest. His motivation was his wanting to learn Spanish, but more importantly, he wanted to observe the Chilean wine industry firsthand.

“I had heard a lot about their wines,” he said. “They make lower-priced, entry-level wines, which interested me because in California it is hard to make a value cabernet. I was going to go for six weeks but I ended up staying for six months because they hired me on as a consulting winemaker.”

DeRose would spend a total of three months out of the year in Chile, going back and forth every few weeks.

“In 2010, I transitioned to part-time and trained a winemaker to take my place,” he said. “When he was ready, I left that job, rented a building, and started creating my own Alchemy and Parróne wines.”

Before the pandemic, DeRose split his year at the two wineries, spending six weeks in Hollister then one week in Chile. He looks forward to returning to that schedule once travel restrictions allow.

“There is really very little difference between the two areas,” he said. “About the biggest one is that they speak Spanish down there, but then we do up here, too. When I flew into Santiago for the first time, I felt like I was flying into California. The valley there is narrower and the mountains are higher, but it is the same ocean current, the same climate, and we are growing at the same elevation.

“Chile is known for value wines,” he said. “You have some bottles for $10-$15 that are very solid and can outperform what we produce in California. We are seeing a lot of high-quality wine coming out of smaller boutique wineries and they are using some varietals, like carménère, which are really not grown anywhere else.”

2020 Alchemy “White Angel” sauvignon blanc ($18) This wine  is fermented in a concrete egg rather than in stainless steel or wood barrels, then bottled unfiltered.

It is a playful wine with a gorgeous aroma, like that of a nectarine rather than the big fruitiness you get from a typical sauvignon blanc. There is a lot going on in the wine, with multiple flavors vying for your attention, a quality that DeRose attributes to the fermentation in concrete.

This would be a great wine to bring along on a picnic, to serve with a lunch of fresh-baked French bread, cheese, and cured meats, or with grilled chicken and cold pasta salad.

2017 Alchemy Grand Cuvée ($22) “This is the first wine I made under the Alchemy label,” he said. “It is a blend of carménère, syrah, malbec, and cabernet sauvignon. I also make those varietals by themselves. The grapes are hand de-stemmed. They do not go through a machine; we literally pluck all of them off by hand.”

This Cachapoal Valley wine is very soft; you can feel your mouth almost absorbing it rather than drinking it. Yet it still has a fine body, a nice texture and rich aroma. DeRose attributes the lack of sharpness and the extraordinary mouthfeel to not having the grapes pressed with the stems followed by a long, slow press cycle.

This is a prime rib or New York steak wine, perhaps served with grilled mushrooms and red-skin potatoes. This is a wine you want to savor rather than have it overpowered by the main course.

2019 Parróne Grand Reserve Syrah Cachapoal Valley ($18) – While the Alchemy wines are made from old vines with around 12 months in barrels, the Parróne wines are from younger vines and spend only six months in barrel with much of the time spent in concrete eggs. Like the Alchemy it is also hand destemmed. This is an everyday wine, a classic syrah with a good medium body and hints of blueberry— overall a fresher and fruitier wine than the Alchemy Grand Cuvée. It is not a wine you want to serve with heavy red sauces— this is much more of a grilled meat and BBQ sauce wine.

Besides the Alchemy and Parróne wines, the tasting room offers an extensive selection of wines from other regions of Chile as well as from Argentina, France, Spain and Italy. 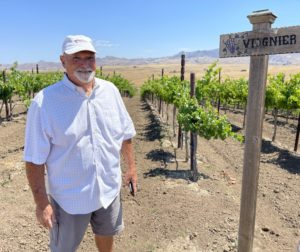 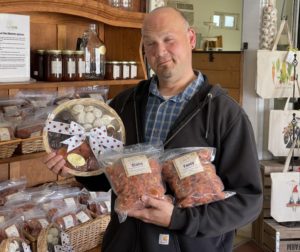 The store offers a curated collection of locally grown and processed foods. 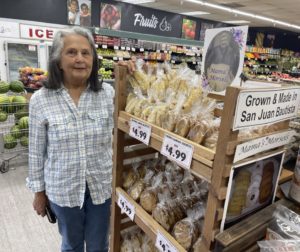 Mirjana Tomas shares her Croatian heritage with her customers.