Wines made from historic vines are the highlight of the DeRose tasting room. 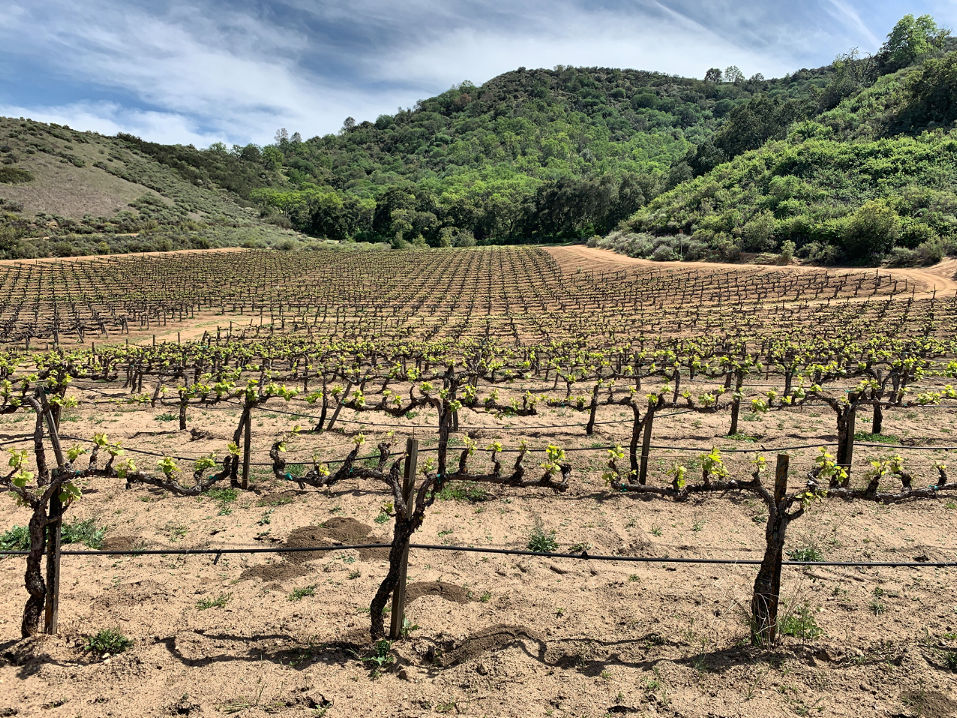 DeRose Winery, can lay claim to the oldest French vines in California, with negrette grapes planted in 1855 by pioneer winemaker Theophile Vaché. The winery, on Cienega Road beyond Hollister, sits on a section of the oldest commercial vineyard in the state, and it is still going strong.

“This winery has never been shut down in 170 years,” winemaker Al DeRose said. “It has gone through multiple hands, but it has always been an operational winery. They stayed open even during prohibition when they made sacramental wine for churches.”

DeRose Winery was founded in 1986 by the DeRose and Cedolini Families, when the original vineyard was split up and sold by Heublein, Inc. shortly after they acquired it from Almaden.

Pat DeRose, Al’s father, had worked in sales before becoming the winery’s first winemaker.  Winemaking for him was, at first, just a hobby he shared with his brothers. The family bought the Cienega Valley land primarily as an investment. But when they started clearing out the overgrown areas of the property, they discovered over 40 acres of old vines planted by Vaché and subsequent owner William Palmtag a century before.

“When we started, we didn’t even know the old vines were here,” Al said. “Frank Solano, who was in his 80s, used to be the vineyard manager for Almaden a decade before and he offered to help us figure out what was here.”

“What was here” turned out to be three acres of Viognier planted before 1900, fifteen acres of zinfandel vines planted in the 1890s and eight acres of negrette planted before the 1880s. The old vines guarantee remarkable wines, though they produce considerably less than the 3-5 tons per acre of newer vines.

“Older vines start to decline, and the production goes down,” DeRose said. “But the quality of grapes you get, especially with certain varietals, increases as the vine naturally balances itself and keeps growing. As the roots keep searching for water, they cross a huge array of soils. You end up with all these different nuances from the different soil profiles.”

DeRose grew up helping his father tend the vineyard, and he takes his responsibility for tending to the old vines very seriously, working to keep them alive and producing.

“It may not be a smart business decision, but we are saving history and keeping it alive,“ DeRose said. “I am less concerned about yield and more concerned with quality. I think we are doing a pretty good job, and I plan to continue it as long as I can.”

The Wines of DeRose
On a recent visit to DeRose, we were offered the chance to taste several DeRose vintages with the winemaker and get his impressions of each one. Besides offering wines drawn from the original Vaché/Palmtag vineyard, DeRose also carries a line of wines they produce in Chile, which will be profiled in an upcoming “Eat, Drink, Savor” article.

The 2016 Sharknose Chardonnay ($18) sports an image of a Graham-Paige “Sharknose” automobile that is in the DeRose Car Museum, currently closed due to COVID restrictions.

“We are not trying to make a buttery chardonnay,” he said. “We want it to be more Burgundian in style. You could drink a ten-year-old bottle of our chardonnay, and it would still have life in it.”

It would go well with something buttery or creamy, like sole meunière with buttered baby potatoes or roast chicken with béarnaise sauce and mushroom risotto.

“I feel cabernet franc does better in a climate like this than cabernet sauvignon,” De Rose said. “Cabernet does not work out here.  Merlot does not work out here.  The cabernet franc was already here and growing, so we knew it would do well. We are fortunate that we have a long history of growing here —  we have had 150 years of previous owners doing a lot of the research for us.”

It is a rich, approachable wine with light tannins, which would make it a great steak wine or a perfect pairing for chocolate.

Hollywood Red #19 ($28) was another named after a car in the museum, the 1940 Graham Hollywood Convertible. The whimsical label belies the very serious wine in the bottle.

The wine is a blend of seven different varietals, predominantly zinfandel from vines planted in the late 1800s. Alicante Bouchet and Rose of Peru, from the same era, are added along with negrette, syrah, and Cabernet Pfeffer. Each is harvested, fermented, and aged separately.

It comes together in a complex deep wine with an aroma of pepper and ripe berries, an effortless wine to drink that catches you every so often as you pick up on hints of the many layers that come from the varietals and the blending history. It would be an excellent dinner wine, perhaps with beef or pork tenderloin along with a sundried tomato pasta dish or arrabbiata.

DeRose considers the 2018 Old Vine Zinfandel ($28) to be their flagship wine, with grapes coming from vines planted in 1905— the same grapes used as the base of the Hollywood Red.

“This is my baby; this is what I am most passionate about,” DeRose said. “Zin grows so well out here, with the perfect amount of heat and no fog at night. About 40% of our land is planted with zinfandel. Year in and year out, the grapes are consistent”

The modest yield from the old vines, less than a ton per acre, limits production, keeping most of this vintage reserved for their wine club.

The Old Vine Zinfandel is about as smooth and as elegant as a wine can get; a delicate wine with intense fruit, and a balanced, natural acidity. It is a wine you want to savor, at twilight with a cheese and charcuterie board, or by candlelight with duck or lamb.

And if you close your eyes and let your mind roam, you can almost sense the time, a century and a half ago, the horse and buggy days when these vineyards were first planted.

Where to find De Rose Wines:

The tasting room at DeRose Vineyards, located at 9970 Cienega Road in Hollister, is now open daily from 11 a.m. to 5 p.m. It closes at 4 p.m. on Saturday and Sundays.

Wine by the glass can be enjoyed at Bear’s Hideaway (402B Third Street, San Juan Bautista). 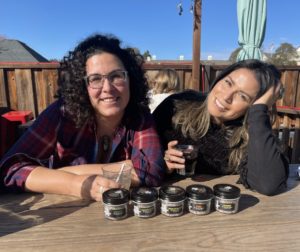 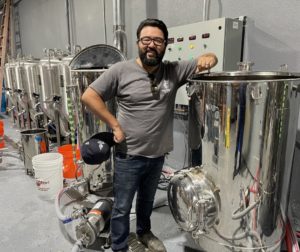 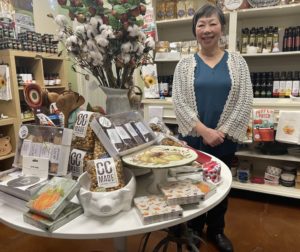