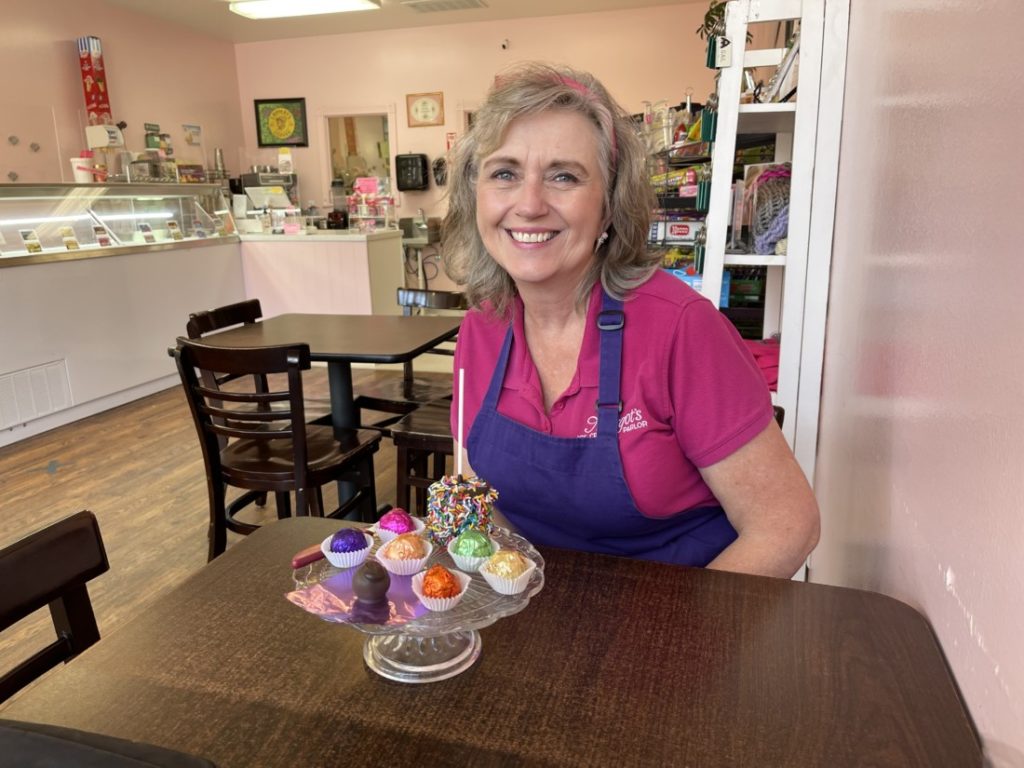 Margot Tankersley and her candy. Photo by Robert Eliason. 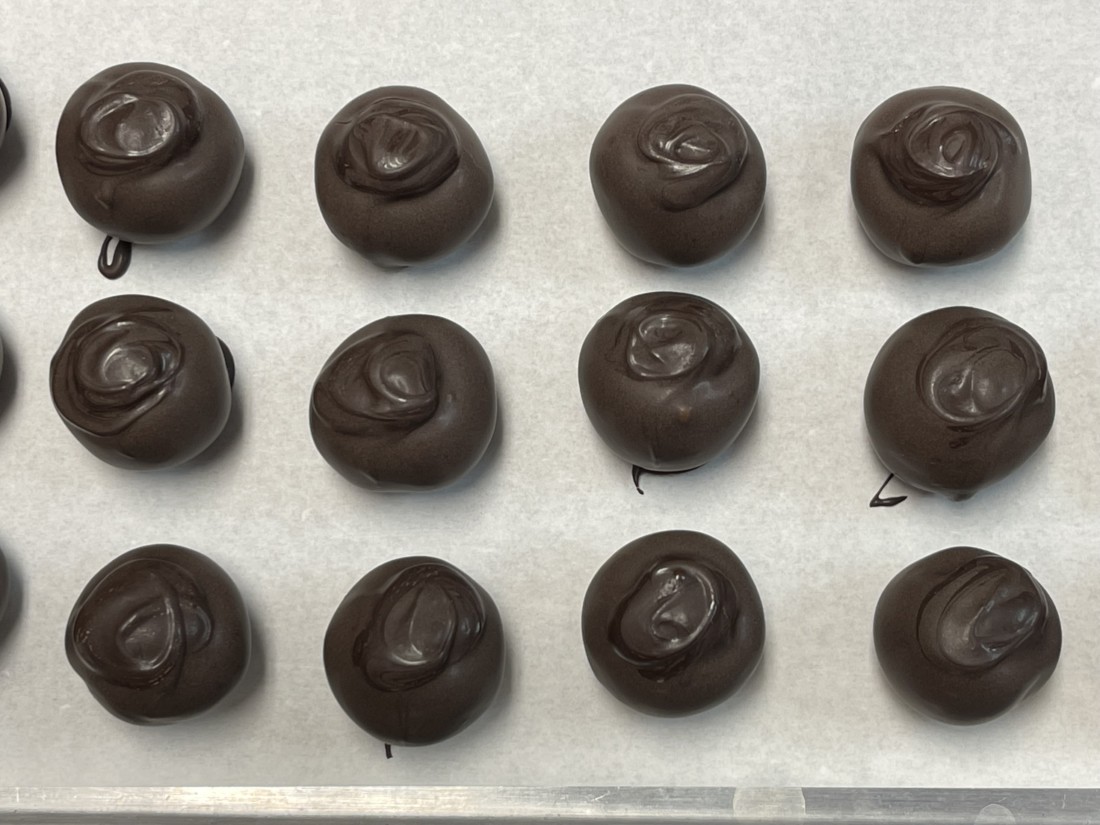 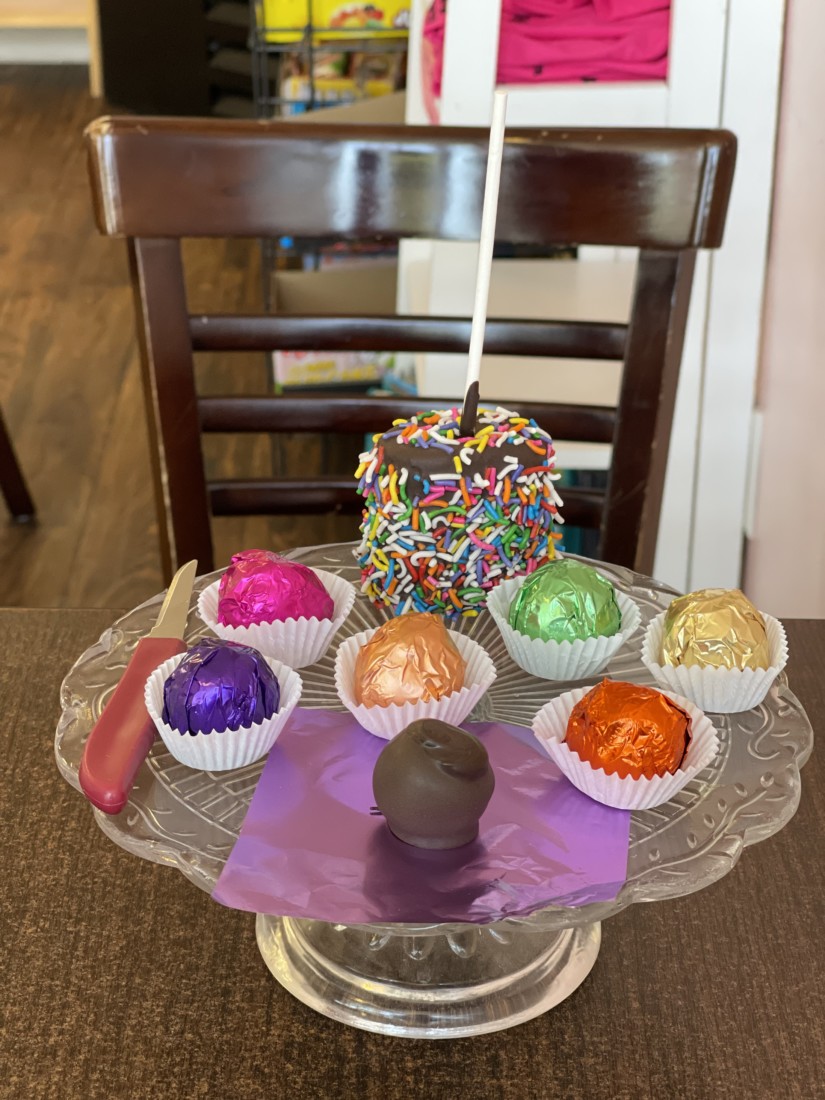 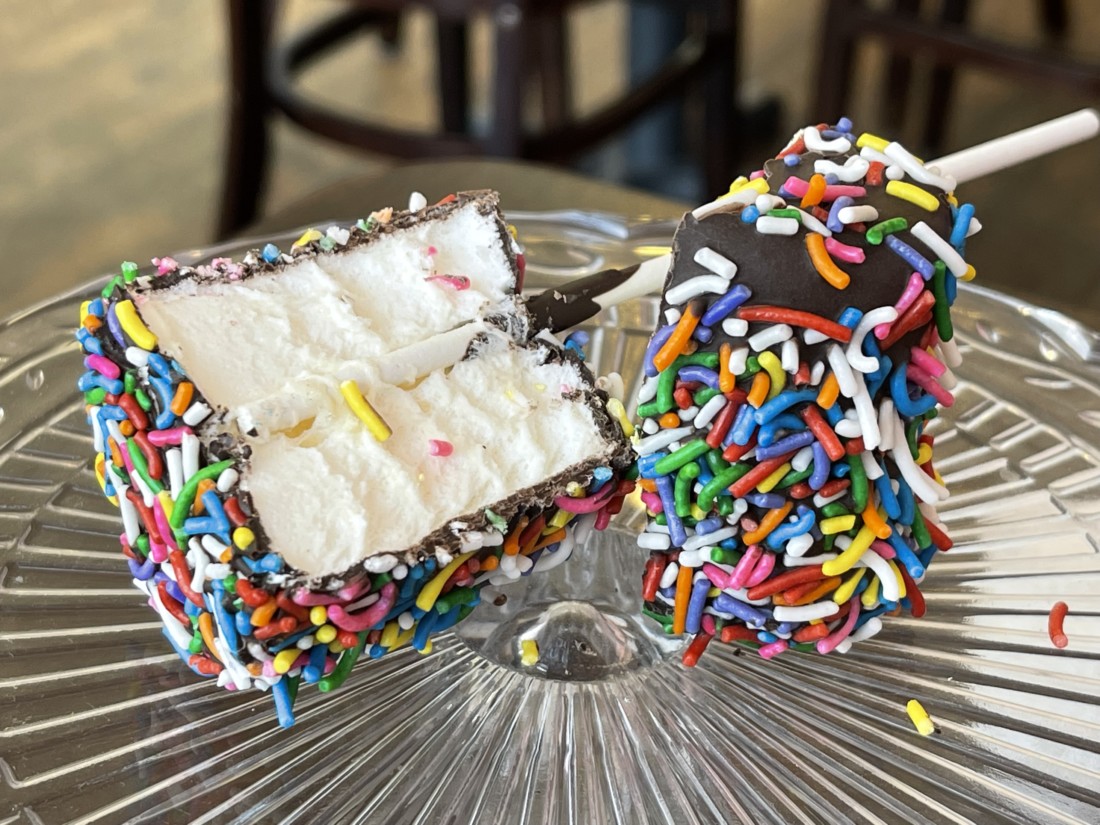 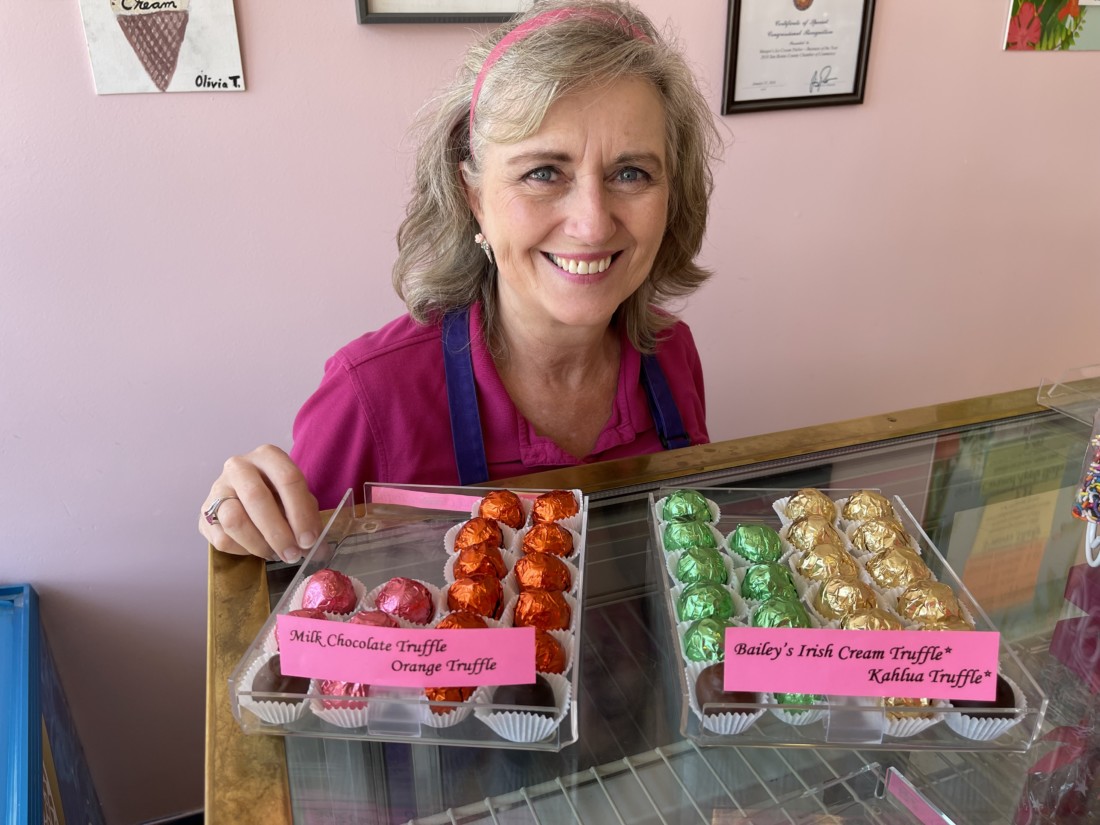 Margot Tankersley and her candy. Photo by Robert Eliason.
×

The eight-year-old me would have been very jealous the morning I went to Margot’s Ice Cream Parlor in San Juan Bautista to have chocolate truffles for breakfast. I was there before the shop opened to watch Margot Tankersley make raspberry truffles and to taste some of her Kayla’s Kandies, which she makes in her back room.

It’s a very small production facility, with Tankersley doing all of the work herself by hand.

She said she can make 18-21 truffles at a time and it takes about an hour and a half.

The truffle mix is a guarded secret, but Tankersly mentioned butter, whipped cream, de-alcoholized liquor, and essential oils as some of the ingredients she uses.

She began with a small repertoire of flavors, including Bailey’s Irish Cream, amaretto, Frangelico, Kahlua, and milk chocolate truffles. She soon added raspberry, for which she was awarded first place at the San Benito County Fair. Those flavors are still being produced, along with cappuccino and orange along with two recent additions, caramel and lavender.

“My best-selling truffle is the amaretto,” she said. “I have added other flavors from time to time, like peppermint at Christmas. I tried making a crème de menthe, which nobody bought. My son-in-law likes those so I make him a special batch once in a while. And I really wanted to do a blueberry one but I could never get it to come out right.”

Tankersley began making candy when she bought a lollipop-making kit in the seventh grade. She got more serious about it when she attended Idaho State University and sold candy at the student union building to make a little extra money for gas and expenses.

After graduating, she moved to Sparks Nevada and took classes in making chocolate treats. Though her real interest was in becoming a beautician, she soon found that people loved the truffles she would make as treats for her fellow students. When she came to Hollister in 1995, she fell in love with an ice cream parlor in San Juan Bautista, bought it, and went into full candy-making production with Kayla’s Kandies, named after her daughter.

There is more to Kayla’s Kandies than the 10 varieties of truffles. Tankersley makes a line of chocolate-dipped products as well, including pretzels, marshmallows, Oreos, graham crackers, and locally sourced Blenheim apricots. She uses about 25 pounds of chocolate a month, sourced from Guittard, a gourmet chocolate maker that uses traditional French methods to create its product.

The Chocolates of Kayla’s Kandies

Caramel  This is one of the newest flavors. Tankersley said she tried a variety of recipes before settling on this one. Sheathed in milk chocolate, the caramel is present without being overly sweet—you can luxuriate in the smooth chocolate base as you take in the accent of the darker caramel flavor. The balance here is perfect and this was my favorite of the truffles.

Bailey’s Irish Cream  This is one of the first truffle recipes Tankersley learned. She boils out the alcohol in her liquor-based candies but the flavor remains intact. The whiskey takes on a sweet note right on top as the cream mingles below with the milk chocolate base. This truffle is dipped in milk chocolate, which brings another nice touch of sweetness to the lingering finish.

Kahlua  Another one of the original recipes, this truffle is coated in dark chocolate, with its bitterness adding an edge to the dark coffee flavor. The Kahlua is a more pronounced flavor than the Bailey’s but it still allows the milk chocolate base to come through smoothly.

Orange  Unable to produce a blueberry truffle that met her standards, Tankersley went on to create an orange truffle, using marmalade and orange essential oil. The flavor of the marmalade comes through strongly—you can almost taste the orange peel. This is also dipped in dark chocolate, which compliments the assertive orange. This is another favorite of mine—it just sparkles.

Raspberry  One of the best-selling flavors, I sampled one which I had watched her make just minutes before. The flavor comes from using raspberry jam and it is coated in dark chocolate, which Tankersley prefers as a coating. “My tastes are more prone to dark chocolate,” she said. “So when it comes to deciding what to use, I am much more prone to go to the dark side. But I think with flavors like the orange and the raspberry, you really need the dark chocolate to stand up to them.” The flavor is wonderful, not as bold as the orange but still tangy and bright.

Lavender  I have had candied lavender before but I found the taste of this truffle to be totally elusive. There are a multitude of flavors running through this one, part floral, part herbal, part earthy. The overall effect is old-fashioned and very elegant. This would be perfect with a cup of Earl Grey Tea.

Cappuccino  While the other truffles offer a delicate play between the smooth, rich chocolate and the flavoring, the cappuccino, as you might imagine, punches you right in the tastebuds.  When Tankersley cut the truffle in half, I could smell the intense coffee aroma from across the table. This is the most assertive of the truffles, and the strong flavor of the truffle lingers for quite a while in the finish.

Chocolate Marshmallow with sprinkles  This was an extra treat, a dessert after having dessert. Tankersley produces several varieties of chocolate-covered marshmallows, including ones covered in almonds or crushed Oreos. The marshmallows are large, almost candied-apple-sized, and firmer than the puffy marshmallows you would throw into cocoa. This is a pure sugar bomb, perfect to munch on with a cup of hot cocoa. 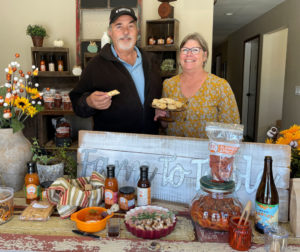 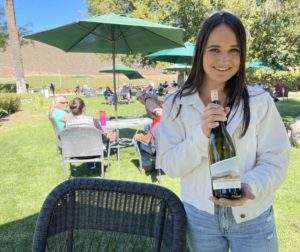 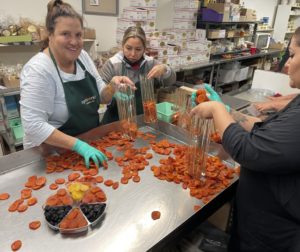 The fruit’s thin skin makes it more difficult to harvest and limits its shipping range.