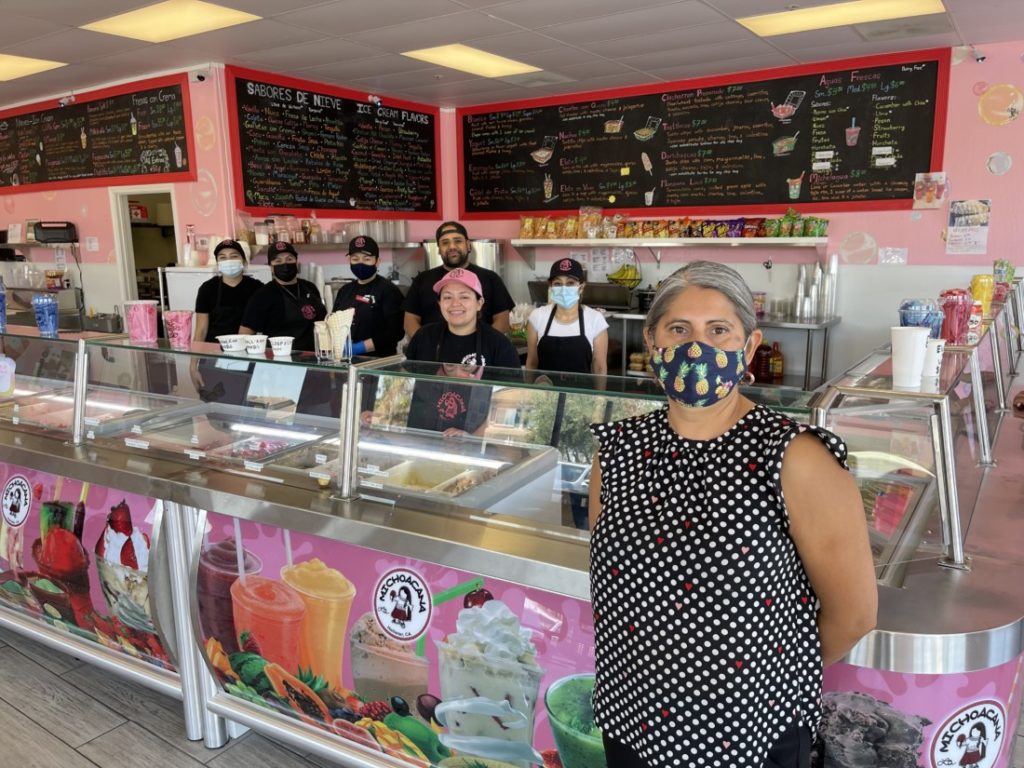 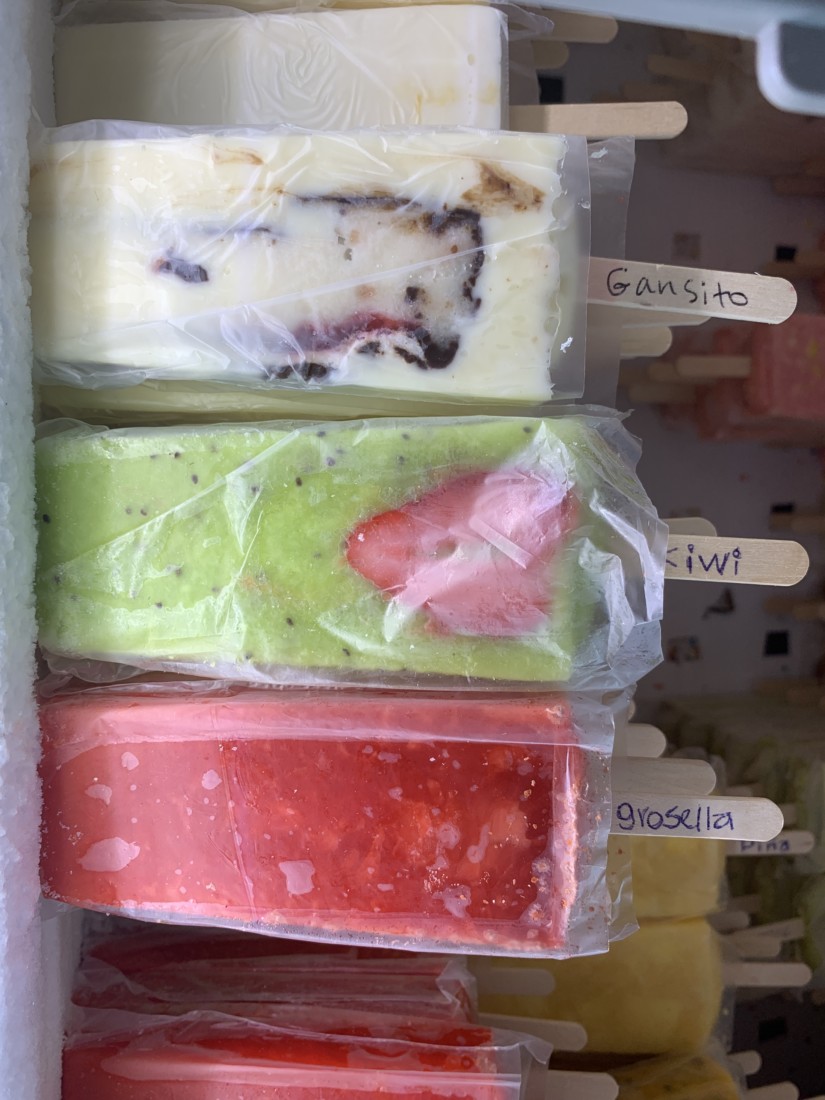 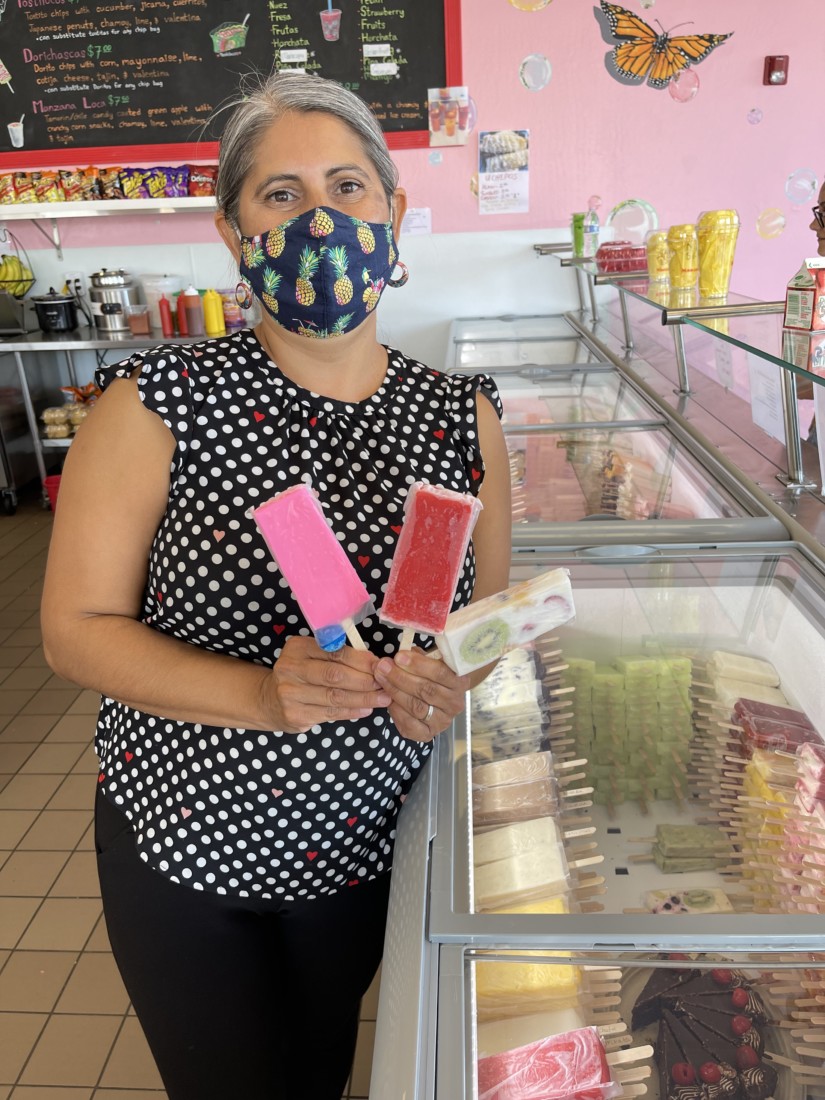 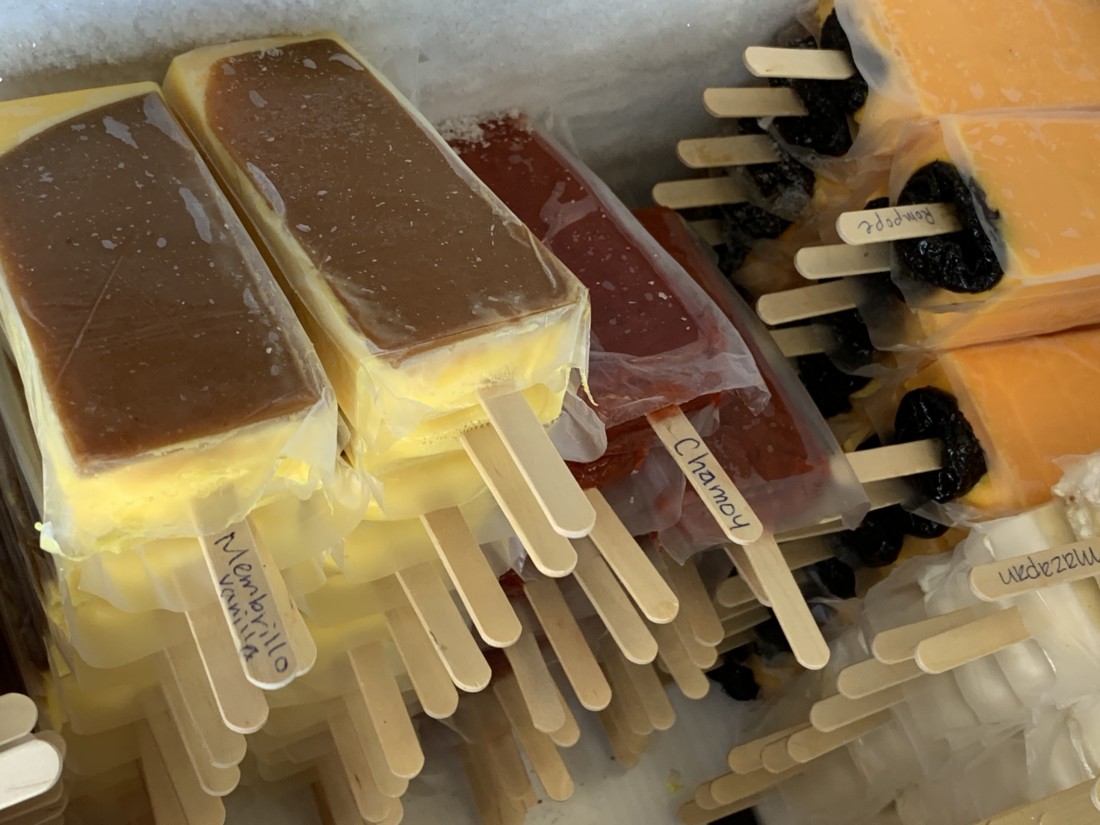 In 1984, Ronald Reagan established National Ice Cream Day as the third Sunday in July. Myself, I never needed a presidential proclamation to encourage me to appreciate ice cream—it came naturally.

As a child, I grabbed banana splits at Loard’s in Concord and chocolate milkshakes at Berkeley Farms in Walnut Creek whenever I could. When I went to UC-Berkeley, I alternated hot fudge sundaes at nearby Edy’s and the legendary Fenton’s in Oakland. And when I moved to San Juan Bautista—well, have you tried the Rum Raisin at Margot’s Ice Cream Parlor?

I started going to La Michoacana Paleteria y Neveria in Hollister last November, shortly after it opened, when I spoke to owner Ana Ramos-Aguilera.

She brought her grandfather’s traditional craft from Mexico City to locations in Hollister and Watsonville. The production is done by her husband, Daniel Aguilera, and other family members. The recipes are authentic and stretch back generations.

La Michoacana Paleteria offers over 40 flavors of milk- and water-based ice creams that can be scooped into cups or ice cream cones, all made daily on location. They also offer a large assortment of paletas, or ice cream bars, also made at the shop, that combine various flavors of ices and ice creams. All of the ice creams can be made into milkshakes as well.

Fresh fruit is almost always used in the recipes, with local fruit preferred when available. Other fruits are shipped from farms in California and Mexico.

This can result in a lot of work, but Ramos-Aguilera does not take shortcuts. For her lime water-based ice cream, the shop’s most popular flavor, the juice does not come out of a bottle—cases of fresh limes are hand-squeezed by the employees to guarantee the quality.

One exception is tamarind, which is purchased as dried pulp, then reconstituted and worked until it is smooth enough to use. It’s a slow and methodical process, but Ramos-Aguilera would not have it any other way.

Most of the flavors at the shop come in either milk- or water-based versions, a judgment call as to which base is the best compliment.

“You can do most of the flavors with milk,” Ramos-Aguilera said, “and they will do well with the creaminess of the milk. But some of the flavors just seem fresher and brighter with water. We also want to be sure to have something for lactose-intolerant customers.”

Not having grown up around Mexican ice cream parlors, I asked Ramos-Aguilera to bring me a selection of items she thought would be the most unusual for me. She did—and then served me the most popular flavors and her favorite flavors.

I usually judge an ice cream parlor on the strength of its vanilla. But given La Michoacana Paleteria’s diverse selections that were new to me and the high quality of every single flavor I tried, I’ll save my vanilla cravings for other places and happily dive into the Mexican Caramel or Guanabana instead.

Mamey (milk-based)  The outside of the fruit looks like a kiwi and the inside looks like a very firm cantaloupe with a large black seed in the middle. Ramos-Aguilera said that as a child she would have it cut up and served with milk for breakfast. It has a slightly grainy texture and an elusive smokey fruit flavor with hints of orange, sweet potato and coffee.

Zapote (water-based)  This one is a deep black that is daunting to look at, but the flavor is anything but dark, with a strong chocolate pudding taste that is brightened with a hint of watermelon. There is a bit of graininess to this one as well, but it complements the crisp melon notes. This one caught me by surprise—the taste is festive even if the color is straight Halloween. If I were serving this for dessert, I think I would pair it with a glass of port to play out the chocolate flavor.

Chongos (milk-based)  “Chongos was invented by mistake,” Ramos-Aguilera said. “Someone was trying to make cheese and added sugar instead of salt.” The cheese curd gives it a texture similar to cookie dough ice cream, making it a bit heavier than it is refreshing. But the slight sweetness of the curd is complemented with a dash of cinnamon and together they add an element of snickerdoodle to the mix. I would like to try this with hot apple pie—it seems like a perfect pairing. This is a must-try.

Eggnog (water-based)  Ramos-Aguilera said the true Mexican version often has a bit of alcohol in it but this version is alcohol-free. Even though it is water-based, it has the milky texture and flavor of eggnog, though much sweeter and a bit more complex. It’s good on its own but would be very tasty with a sprinkle of cinnamon or a bit of chocolate sauce.

Corn (milk-based)  I looked askance at this one for a while before digging in. The corn kernels and texture made it look more like a dinner side dish than a dessert. But the flavor was more of a straight vanilla ice cream, with the corn being fairly understated but still nicely sweet. The kernels add a chewy texture and I think this one might go well with a little butterscotch sauce on top.

Cotija (milk-based)  Another version of cheese ice cream, this one is more subtle in flavor than the Chongos. There are bits of curd here as well, which provides little moments of more intense flavor, but the overall taste is part cottage cheese, part cheesecake. Of the two, I prefer the Chongos and there is another version they make with strawberries which is about as wonderfully decadent as ice cream gets.

Tequila (milk-based)  Tequila would not be my first guess for an alcohol-based dessert, but it works out surprisingly well. Just the essence of tequila is used here, so there is no actual alcohol content. It is not exactly the same as a frozen margarita, obviously, but the tequila taste comes through and compliments the vanilla base adding a fruity sourness. They make a frozen ice version of this as well, which I did not try.

Guanabana (water-based)  This was the first ice cream I ever had at La Michoacana. Both Ramos-Aguilera and her husband Daniel told me, at the time, that this was one of their favorites. The ice is pure white with large black seeds. The flavor is like sour candy—it puckers your mouth but still delivers an elusive sweet fruit taste, particularly when you get a bite of the fruit pulp. I am not a fan of the seeds—you can bite them for a bit of a nutty-tasting crunch or spit them out like watermelon seeds and try for a personal distance record. This is another must-try.

Milk Strawberry and Ice Strawberry  Both of these are made with fresh strawberries from Watsonville. The contrast between the two styles is miles apart in impact. In the milk-based version, the sweetness of the strawberries presents itself strongly, with the milk mellowing out the flavor. In the water-based version, the flavor explodes in your mouth, with the sweetness contrasted by the sharp tartness of the strawberries. The milk-based is a nice after-dinner ice cream, the ice is exactly what you want on a hot day when you are getting a little sun. The milk version is great but the ice version is a must-try.

Passion Fruit (water-based)  Some of the fruit comes straight from Ramos-Aguilera’s garden. The seeds are left in—a nod toward the version she ate as a child, and a way to keep integrity with the original fruit. “To me, leaving the seeds in means it is less processed,” she said. “It leaves more of the natural taste in it by not refining it as much.” It edges more toward sour than it does sweet, with a watery citrus taste. It has a good strong flavor—it reminded me of the taste of frozen concentrated orange juice straight out of the can. Ramos-Aguilera said this is one of her favorites and I think it is a must-try as well.

Mexican Caramel (milk-based)  This is absolutely my favorite, perhaps because it combines the flavors I grew up with in traditional American parlors with the craft and technique of the Mexican approach. When I first had it, I assumed it was vanilla ice cream that picked up flavor from the ripple of caramel that runs through it. It’s actually caramel ice cream, but the subtleness of that flavor combined with the deep and dark flavor of the thick Mexican-style caramel makes each bite of this otherwise simple ice cream a pure delight.

Fresa con Crema (milk-based)  Served in a cup, sour cream and sugar combine to become something akin to a thin cheesecake batter. It’s simplicity itself but poured over fresh sliced strawberries, it is as close to the angels as you can get with a dessert.

Mangonada (water-based)  An ice cream take on the classic street dessert, this version uses mango sorbet as a base, topped with chopped mango and a sprinkling of tajin, Chamoy, and lime. You can ask for it to be spiced up to your personal taste. I prefer it with just a little heat added in so the mango flavor is enhanced, not overpowered. The large size of this is generous enough to almost serve as a light meal. 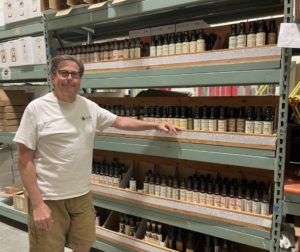 With over 40 products, Bryan Saba caters to many palates. 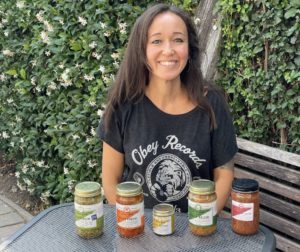 All its fermented products are cut, processed and mixed by hand. 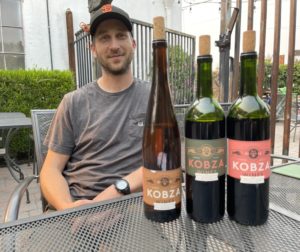