The San Juan Bautista-based brothers, Aaron and Jason Ricketts, are enjoying their success. 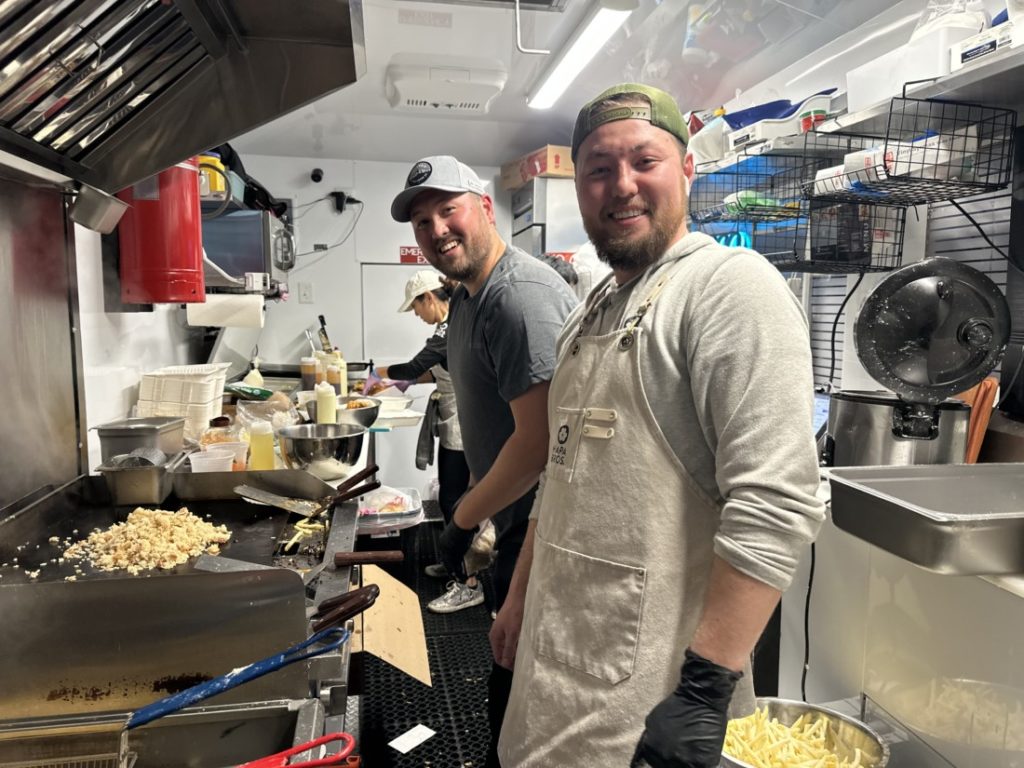 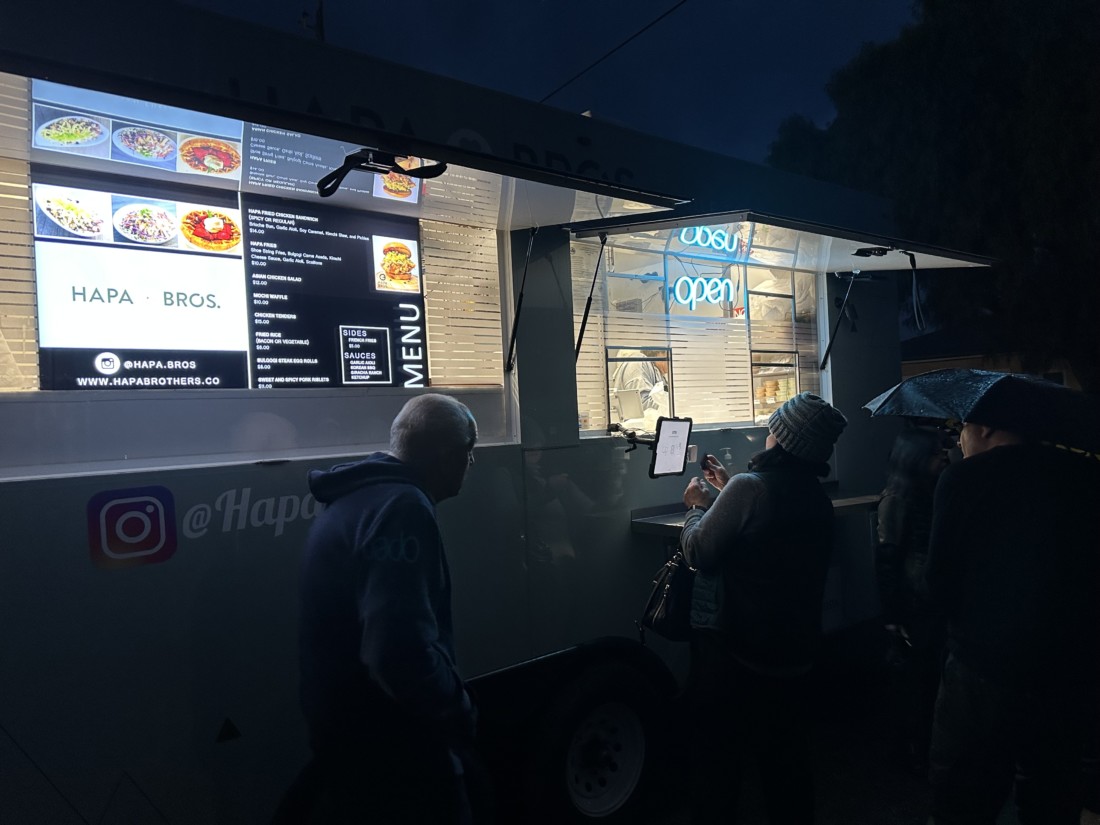 A line of Hapa Bros. customers wait in line to order. Photo by Robert Eliason. 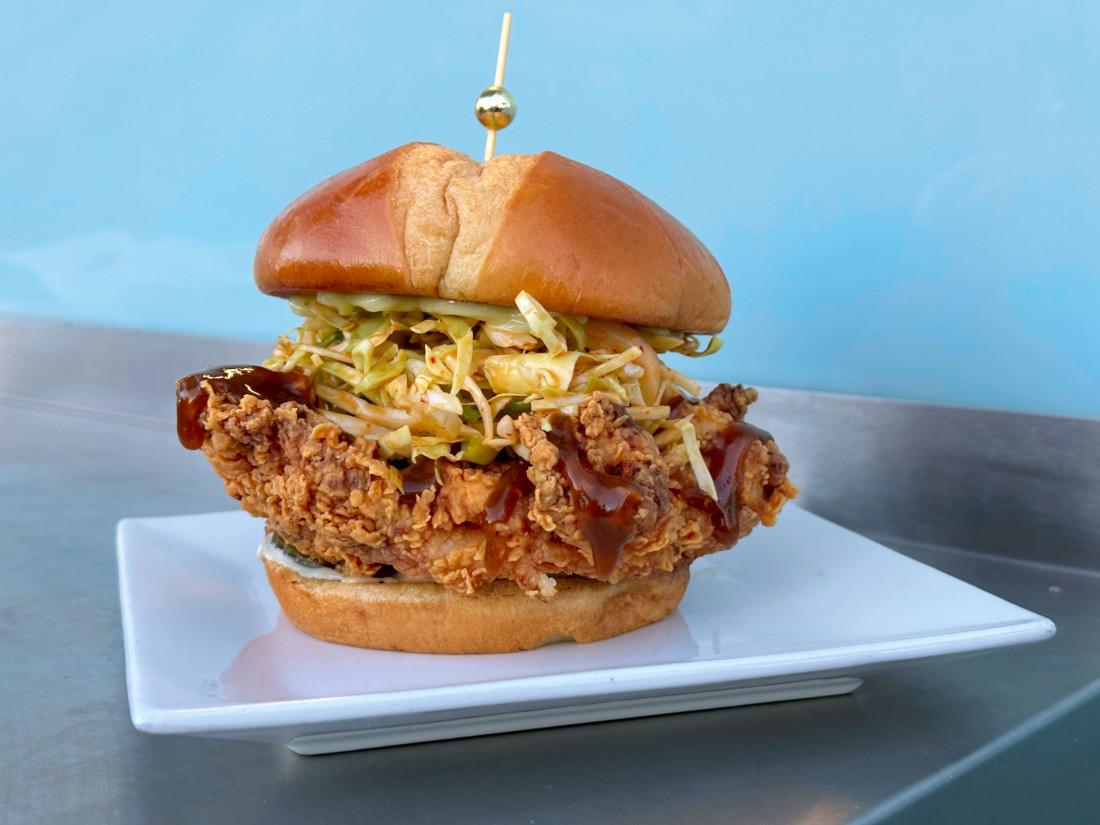 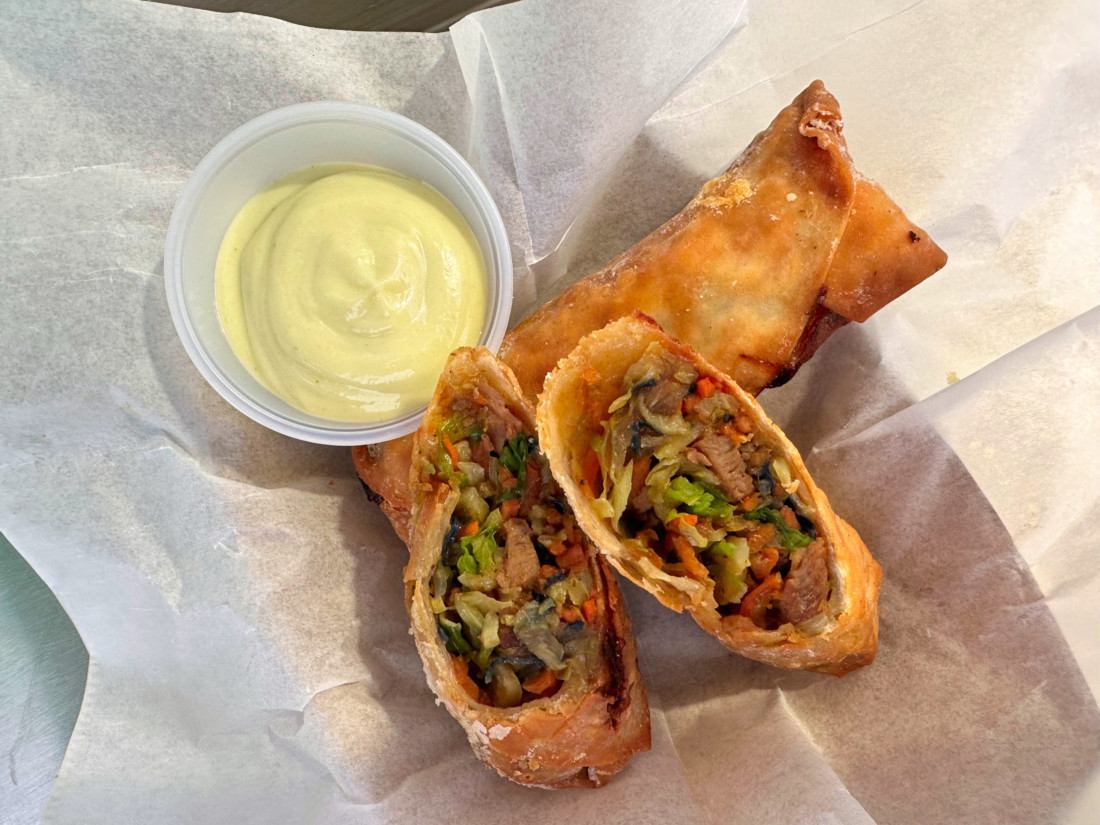 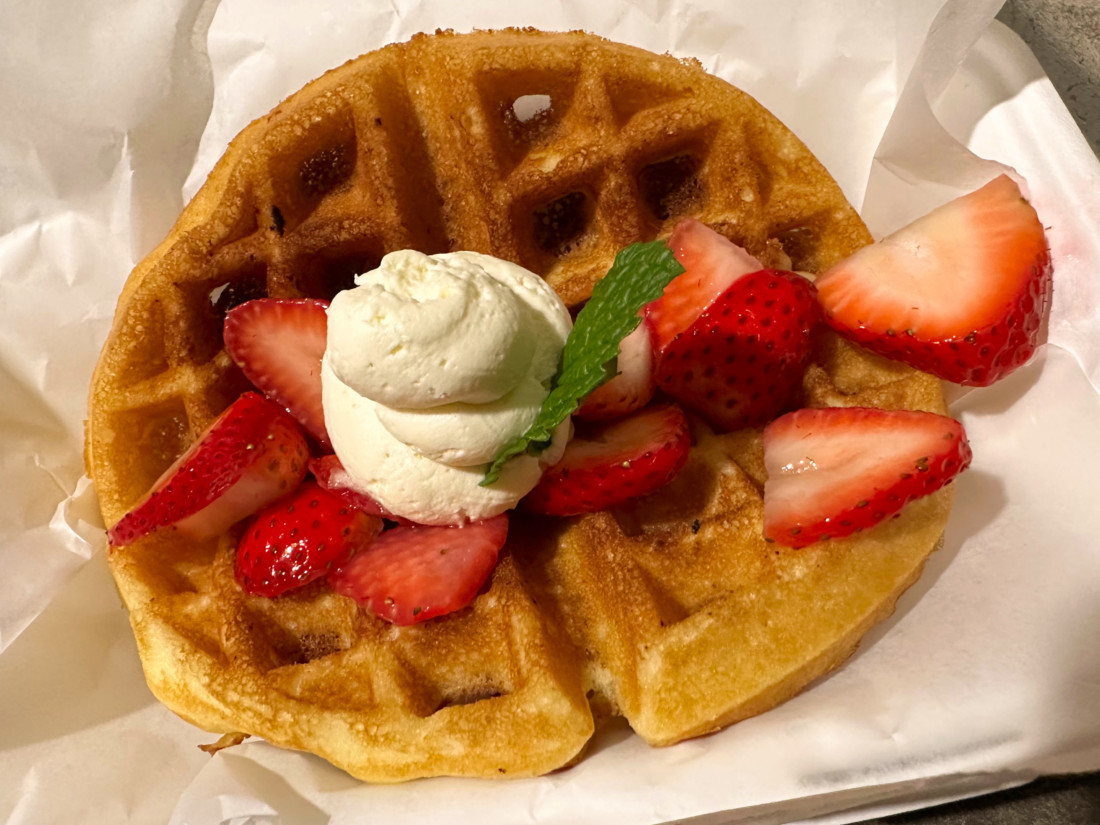 The best sign that the Hapa Bros. have one of the best chicken sandwiches around? The cluster of customers standing in the rain outside their food truck as it sat parked beside Vertigo Coffee on Fourth Street in San Juan Bautista.

“It goes to show that what we are doing is working,” said Aaron. “We’re gaining a great following in San Juan, and I’d say 85% of the people are regulars. And you know, that makes it tough when we’re super busy because I want to turn around and say ‘hi’ to everybody and chat them up a little bit, but can’t when you’re at that pace.”

It has been a remarkable success story, considering the Hapa Bros.—Aaron and Jason Ricketts—opened only last August and have already successfully established a regular route and schedule, including their regular Friday night stops at Vertigo, and have appeared at a host of special events.

“It’s funny, you know everything’s still so new, right?” Jason said. “We have no data to compare to last year. So we still go into every day assuming that it could either be a wash or be really good. But I don’t think we could have done better, to be completely honest with you”

The word “Hapa” is Hawaiian for “mixed parentage,” and it describes the Ricketts brothers, who are half-Japanese and half-Norwegian, as well as their menu, which is saturated in rich Asian flavors.

Take their soon-to-be-famous chicken sandwich, which is lightly breaded, fried to a golden brown, topped with kimchi coleslaw and caramel soy drizzle, then served on a brioche bun.

“I’ve noticed that people love fried chicken,” Aaron said. “There’s nowhere to get anything like that around the area unless you want to drive up the Popeyes. And you are still just getting the fast food version. The flavors come from an Asian inspiration, which is the Hapa part, but it’s more about the kind of food I like to eat.”

There is a lot to unpack in every bite, with the brined chicken, peppery kimchi, salty soy, and sweet bun, but it all works.

“Aaron made sure it was balanced in the flavor department,” Jason said. “He had hinted about all of the sauces and ingredients, and at first even I was skeptical, thinking that it seemed like a lot of different flavor profiles. But seeing them all come together was incredible.”

Aaron said that some customers have balked at the idea of getting the kimchi slaw on their sandwiches.

“If people are hesitant, I will give them a taste,” he said. “My big thing is that our sandwich is composed the way it is for a reason. It should be enjoyed that way. People think kimchi is really hot, but it’s really more hearty than it is hot. Kimchi traditionally accompanies almost every dish. It’s just meant to cut the fat and add a little brightness to food.”

And customers clearly love it, as could be seen by their getting almost 100 orders during a rainy night in San Juan as they cooked for their soaking-wet clientele including former City Councilmember Dan DeVries, an early supporter.

“They are a nice addition to San Juan, and that is putting it mildly,” he said. “It is different, it is innovative, and it is delicious. You can see how popular it is just by the people standing at night in the cold and the rain to order. I come here as often as I can.”

Their success has led them to consider ways of expanding their operation, either with another food truck or a brick-and-mortar restaurant, but at the moment, they are pressed for time with the existing demand.

“We are literally a three-man operation with our mom, Linda,” Aaron said. “And right now, we are open three to four days a week on average. But I still need to have time to prep—I’m prepping 300 to 400 pounds of chicken a week. That’s a lot, right?”

It is—and when you consider that Aaron also spends around three days a week making sauces and preparing the ingredients for the other dishes, that does not leave a lot of time for anything else.

“When you factor in everything that goes into it, we don’t have a five-day-a-week job,” Aaron said. “It’s more like eight days a week. Our bandwidth is stretched pretty thin, and we’re getting more people soon. But we’ve learned that this is going to work. I never dreamt growing up that I would open a food truck but I think it’s been a great business model and we are going to bank on its success.”

My favorites at Hapa Bros.

Hapa Fried Chicken Sandwich – “The major focus on anything I do in the kitchen is making sure It’s balanced in the flavor department,” Aaron said. “I’d say that sandwich is very balanced as far as sweet, salty, and savory as well as having a little bit of tang.” The first thing you will notice is that the piece of chicken itself is huge. I have yet to finish one of these sandwiches in a single sitting. That is not to say it is heavy—on the contrary. The brined chicken is insanely tender and the breading is very light and perfectly crisp. The brioche bun is flavorful, light and airy, almost ephemeral compared to a standard hamburger bun. The kimchi is sharp without overwhelming the rest of the flavors. And the caramel soy sauce adds depth and a dark sweet note. It’s a full meal and obviously, the must-try on their menu.

Bulgogi Steak Egg Rolls – “I make my own bulgogi marinade,” Aaron said, “which is kind of like a Korean Teriyaki. We use nice carne asada meat and then to that we do a ton of caramelized onions, some carrots, and some cabbage, and then just roll it all up in an egg roll wrapper. I didn’t want to do tacos which took too much time in the truck. So is our way to simplify that.” The rolls are served with a garlic aioli sauce which adds some sourness and lift to the dark caramelized sugar tone of the bulgogi but I suggest also trying them without it. The complex mix of flavors in the steak and veggies are impressive on their own.

Mochi Waffle – According to Aaron, the waffle is the second best selling item after the chicken sandwich. “We tried doing farmer’s markets in the morning,” he said. “That really didn’t work out because people coming that early were not coming to us craving chicken sandwiches. Being Japanese, we love Mochiko mochi flour and our mom experiments with it a lot so she developed this recipe.” The rice flour gives the waffle a spongy and slightly grainy texture and an appealingly sweet taste. Crispy around the edges, it is topped with strawberries and fresh-made cream. Light but substantial, this is a delight.

Recommendations for future Eat, Drink, Savor articles can be emailed to [email protected] 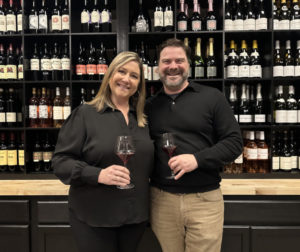 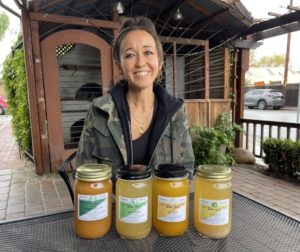 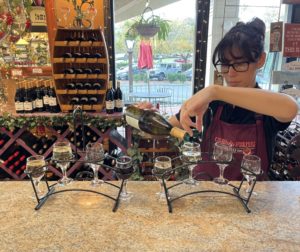