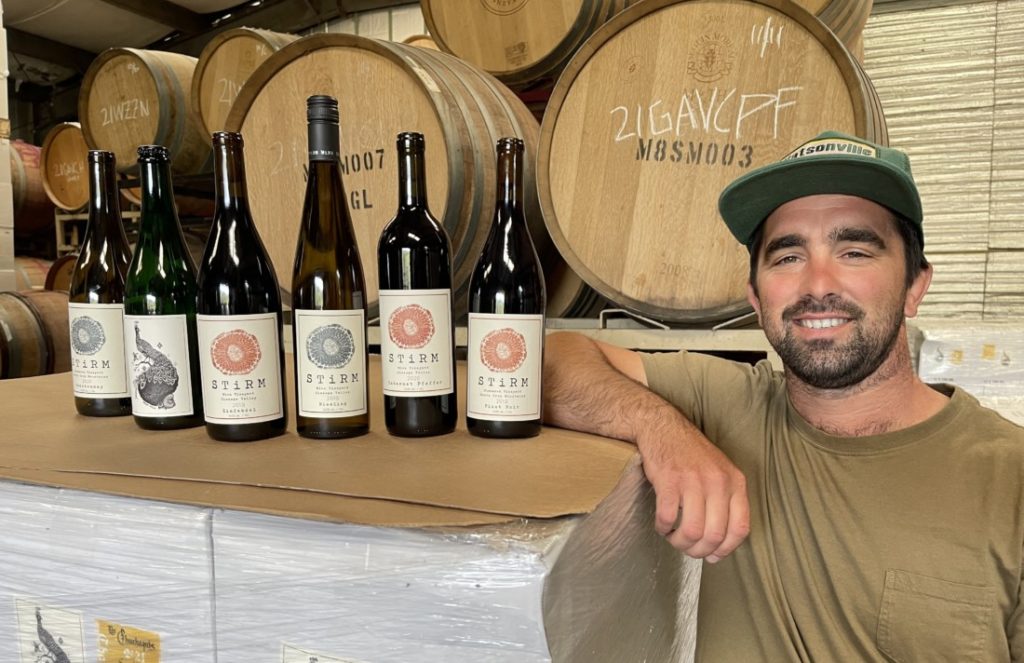 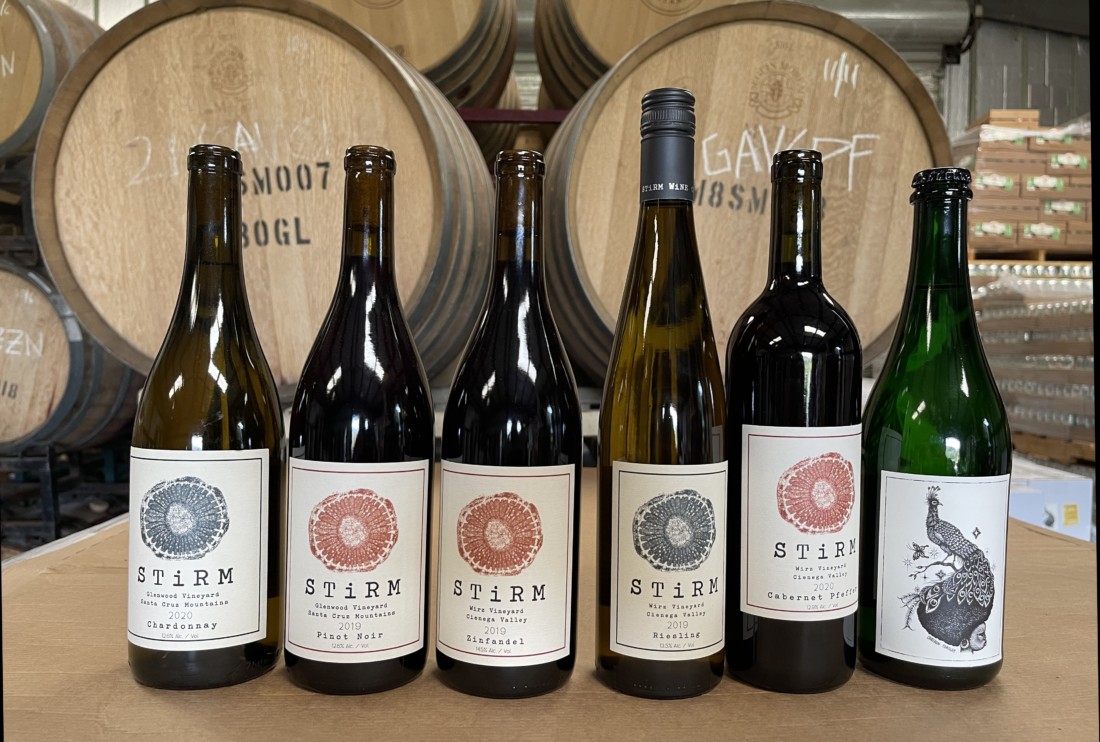 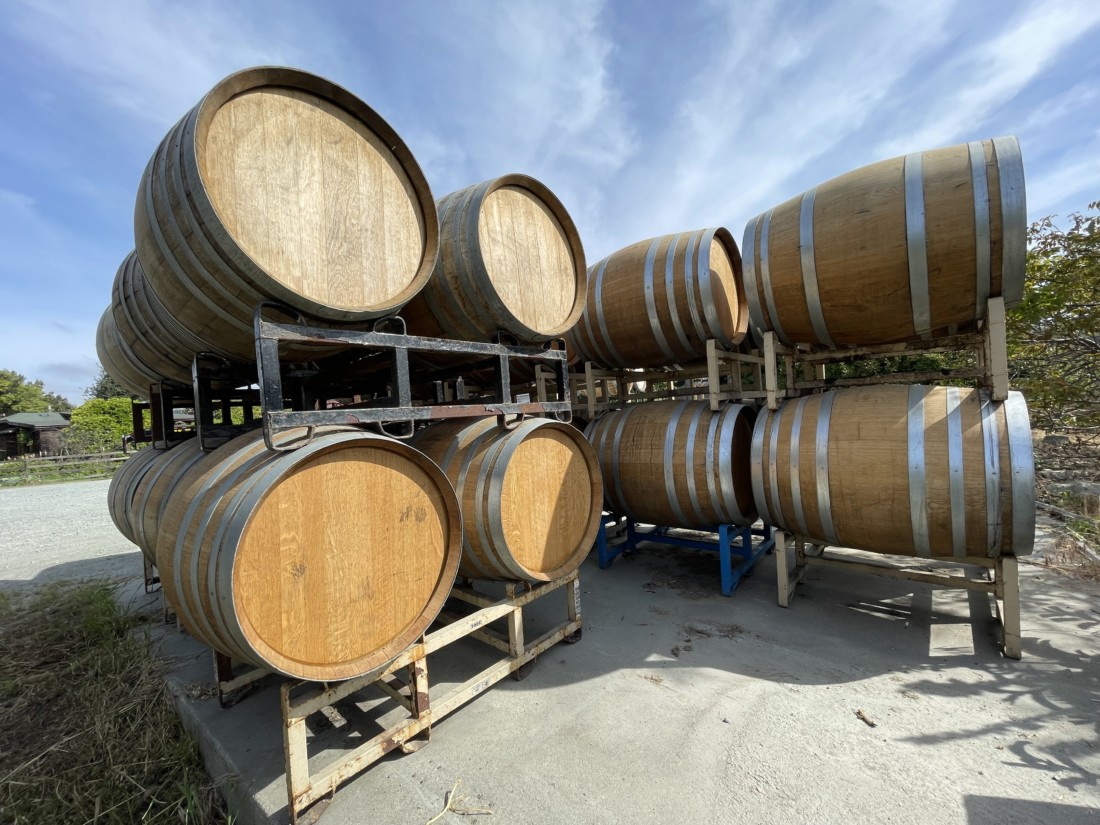 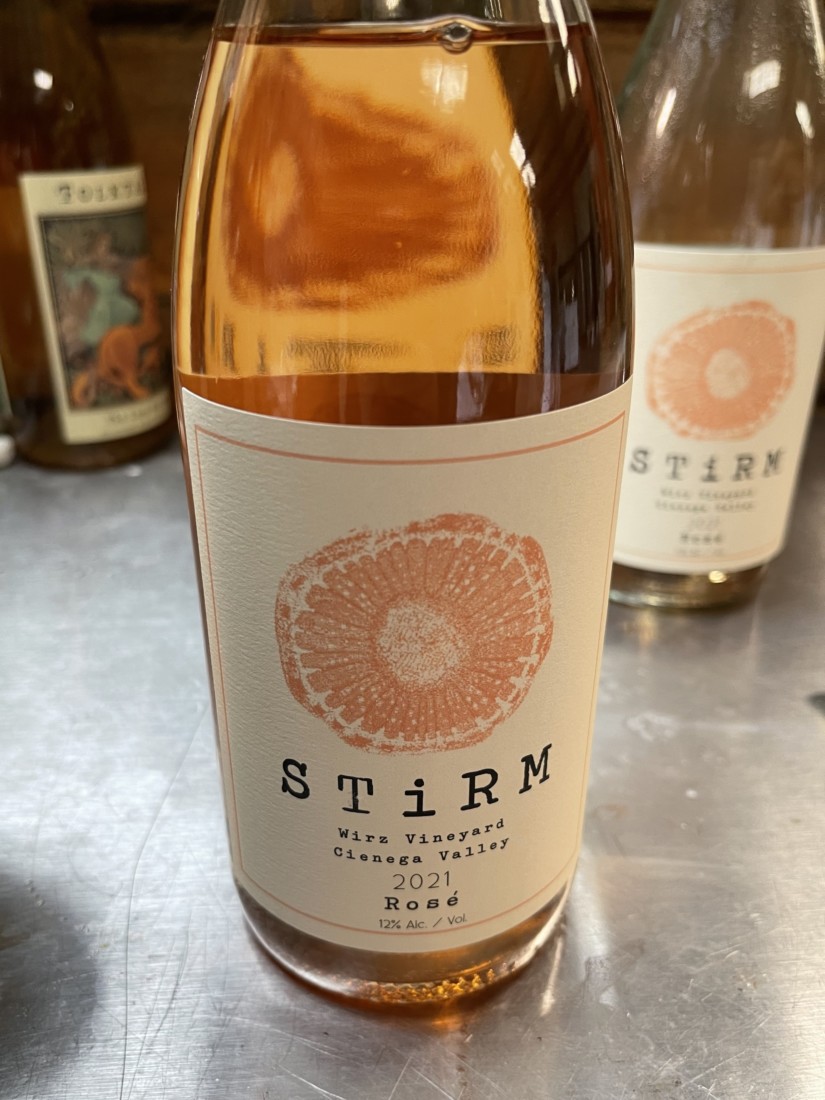 Ryan Stirm’s journey to founding his Stirm Wine Co. in Aromas had an unlikely start—in 2006 he attended Cal Poly San Luis Obispo, not out of any interest in agriculture but rather to compete on its wrestling team.

“I took the wine/viticulture program because it sounded fun,” Stirm said. “Starving is part of wrestling—you dream about eating all the time—so I wanted to do something in the culinary field. And a couple of the guys I grew up wrestling with also picked that as a major, so it seemed like a no-brainer.”

“I really didn’t know what I wanted to do, and those were the only jobs they were offering through the college,” he said. “It was cool in some respects. I learned to drive a tractor and helped to make irrigation decisions every day. But it was also really boring—I kept thinking, ‘Who would want to do this for a living?’”

While on a rock-climbing trip, he met Justin Willett, owner of Tyler Winery in Lompoc, and Stirm began working for him when he graduated in 2011.

“He was the catalyst to get me into wine as an occupation,” Stirm said. “He was another young guy who went gung-ho in creating a winery and did it in a way that seemed approachable and that I could replicate. I learned how to make wine in detail while working at Tyler, and I learned to perfect the craft side of it.”

In 2013, while serving as an assistant to Willett, Stirm released his first wine, a riesling made from grapes sourced from Kick On Vineyard in Santa Barbara..

“I made 100 cases and it sold terribly,” he said. “It seemed like one of the worst wines to start with in California. Even though it reviewed well, there was just not a lot of interest in domestic rieslings. I think I sold eight cases the first year.”

Not deterred and confident that he had produced a good wine, the next year Stirm doubled down and produced 200 cases of the riesling.

“Slowly but surely, the more connections you make, the more wine you sell,” he said. “But I had an awesome naivete when I started—I just kept going, making wine for the sake of making wine before I knew how to sell it.”

Stirm sources many of his grapes from local vineyards including Siletto and Wirz, but he cultivates a vineyard in the Santa Cruz Mountains and is now creating his own vineyard on property he owns in Aromas, starting with albarino and vermentino vines.

“We chose white grapes because, with climate change, they are less susceptible to sunburn,” he said. “For example, in 2017 we had a 117-degree day in the Cienega Valley. The riesling endured and the zinfandel got fried. Using this small area gives us a chance to experiment and dial in our farm practices before we move on to something bigger.”

Stirm is a proponent of the natural wine movement whose more traditional methods of winemaking include using organic grapes and eschewing additives.

“It was something I was interested in when I was starting out,” he said. “Going back to Tyler, we wanted to try different native fermentations. We also made some wines without added sulfur and we learned a ton trying out different experiments like that. It’s a more fun way of making wine.”

A large percentage of Stirm’s sales have been through restaurants, though he also sells through his website and is hoping to get into more retail stores.

“We got on a lot of high-end restaurant lists,” Stirm said. “That really helped us because by-the-glass sales meant that people were able to try it and become familiar with us.”

Stirm is hoping to open a formal tasting room and currently hosts tastings by appointment at his vineyard.

“I think people do appreciate what we put into our winemaking,” he said. “So it is just a matter of connecting with them. Our methods are very old, and we are using all of these varietals that were there in the early days of winemaking in California. And that is our goal, to have something that is different, that is the culmination of a tradition, and can take you somewhere into the past.”

The wines of Stirm Wine Co.

2020 Wirz Vineyard Riesling (12.5%, $28.00) “The style of this is something I picked up when doing a harvest in Austria,” Stirm said. “We ferment it warm to make a more neutral wine.” The aroma is floral and fruity and the flavor is rich and savory. There is plenty of acid and texture, lending the wine a delightfully crisp tartness without it being too sweet. Riesling is Stirm’s favorite wine to drink and this one is a masterpiece.

2021 Wirz Vineyard Rosé (12%, $25.00) “When we were having a tough time selling riesling,” he said, “I was doing some tasting in my cellar and I already had some zinfandel in my glass when I poured in some riesling. I tasted it and thought, ‘This is a perfect Rosé.’” Made up of 95% riesling with 5% zinfandel, this cheerful summer wine is as bright and fruity as the 2020 riesling but drinks a bit more smoothly.

2020 Glenwood Vineyard Santa Cruz Mountains Chardonnay (12.6%, $49) Stirm leases and farms the four acres in Santa Cruz that produces some of the pinot and chardonnay for his wines. The 2021 vintage, which has not been bottled yet, had a prickly feel on the tongue but a nice toasty flavor. Demonstrating what a difference an extra year of aging makes, all the rough edges are gone in the 2020, which has smoothed out and gained greater mouthfeel. The flavor is like apple blossoms slowly opening in your mouth as you drink it—a very inviting and deep wine.

2021 Rosa de Peru (12%, $33) “This is the old mission grape, an expensive sacrament wine,” Stirm said. Indeed, the oldest of the grapes grown in California, the mission grape originated in the Canary Islands and was brought over by the missionaries. The wines it produced were used both in religious services and sold to the public to help support the church. The aroma is subtle and the wine is playful with a fruit profile that is all over the place. This is about as casual a wine as you could find and would go well with simple foods, like a grilled chicken sandwich.

2020 Wirz Vineyard Zinfandel (14%, $33) This is Stirm’s favorite of his zinfandels and is 90% whole cluster zinfandel with 10% riesling in the blend and then aged in redwood. It’s a rich wine with subtle aroma and the substantial tannins and acids balanced against a rugged fruitiness. The wine finishes with a melt-in-your-mouth smoothness. An exceptional zinfandel that is easy to serve and to drink.

2021 Siletto Vineyard Cabernet Pfeffer (13.5% $33) “There is a niche for this wine that is specific to California and to San Benito County,” Stirm said. “I think most of the people who produce it are not local and don’t put in the care that I do in making it.” The aroma is stunning, almost to the point of distraction, with fruit everywhere. The wine is fresh, subtle and nuanced, asking for your attention instead of demanding it, with less acid than a pinot and a striking smoothness. This was my pick of the wines I tried that day and I recommend it highly.

2021 Gemelli Vineyard Cabernet Pfeffer ($49) The old vine grapes come from the largest vineyard block of cabernet pfeffer in the world. This wine will not be released for another year, and its youth is apparent. It’s not quite as smooth as the Siletto and is a little more tart, but by the time of its release should be an excellent wine. This one will be worth watching for when it finally comes out.

BenitoLink thanks our underwriters, Hollister Super and Windmill Market for helping to expand the Eat, Drink, Savor series and give our readers the stories that interest them. Hollister Super (two stores in Hollister) and Windmill Market (in San Juan Bautista) support reporting on the inspired and creative people behind the many delicious food and drink products made in San Benito County. All editorial decisions are made by BenitoLink. 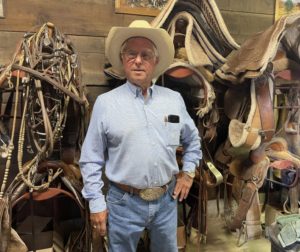 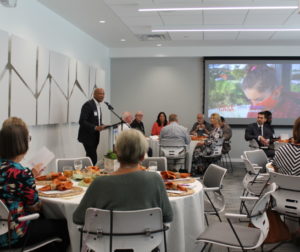 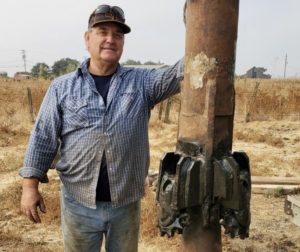