Nomination Papers and all other forms provided by law must be filed no later than 5 p.m. on Aug. 12. 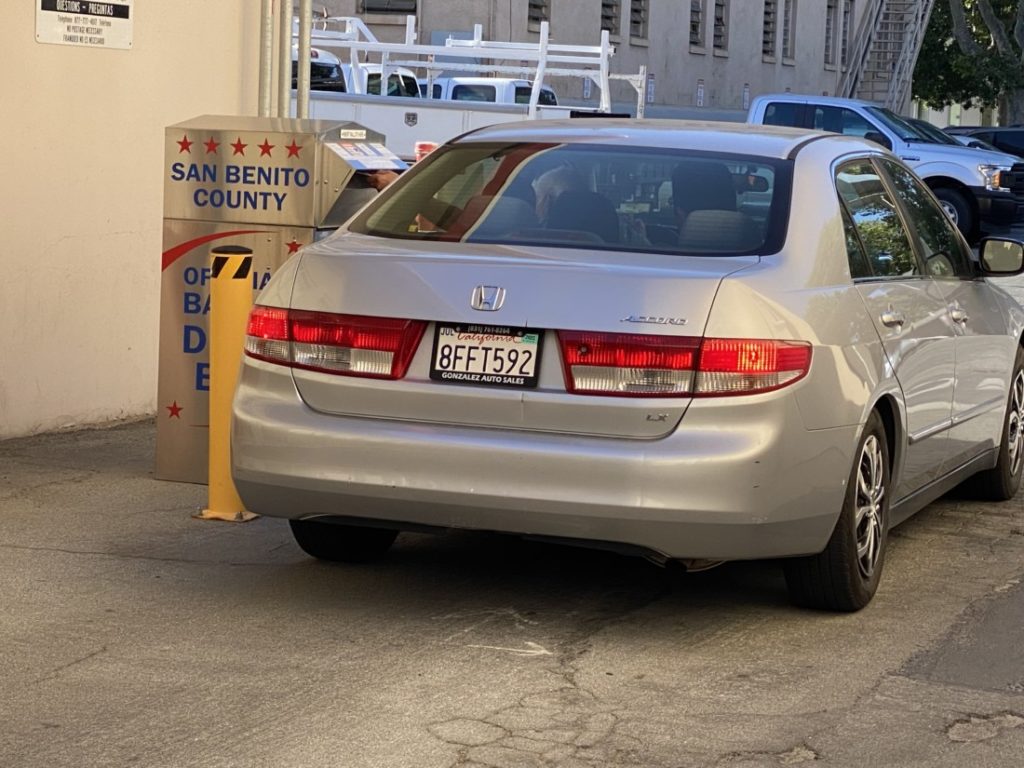 A resident dropping off their vote for the June 7, 2022 Primary Election. Photo by Leslie David.
×

The San Benito County Department of Elections announced the locations of vote centers and drop boxes, deadline and races for the Nov. 8 General Election.

Drop Box Information:
Hours of operation begin Oct. 10 and will be available 24 hours a day until 8 p.m. on Election Day.

The Nomination papers for declaring candidacy will be available at the Elections Department at 440 Fifth Street, Room 205 in Hollister. Declaration of Candidacy and/or Nomination Papers and all other forms provided by law must be filed at the above specified address between July 18 and no later than 5 p.m. on Aug. 12. If the incumbent fails to file for re-election by the close of the regular nomination period, then the deadline is extended five calendar days for any candidate, except the incumbent. (List of races in PDF below).

The Elections Office said Pursuant to California Election Code 10515, non-partisan offices may be filled by appointments if there are insufficient candidates for the election. Those races will not appear on the ballot.

The Elections Office also said the deadline to submit a measure to be voted on at the Statewide Direct General Election is Aug. 12 by 5 p.m. The last day to submit arguments for or against any measurers submitted to San Benito County Election Department is Aug. 18, by 5 p.m. Arguments are limited to 300 words and may be signed by up to five persons. The last day to submit rebuttal arguments in response to arguments for or against any measures submitted is Aug. 25 by 5 p.m. Rebuttal arguments are limited to 250 words.