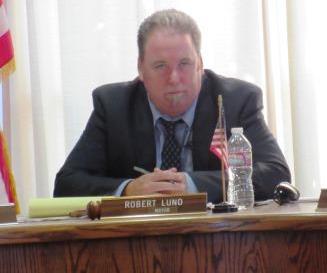 A special meeting of the San Juan Bautista City Council was held July 13 to provide clarity on the response time in the July 6 fires at Franklin Circle. But it also revealed that some in the community want to get back the city's volunteer firefighters.

A few residents said in the public comment session that they had “nothing personal against the Hollister Fire Department” which now provides service countywide, including to San Juan Bautista. But that they feel safer with the presence of their own firefighters 24/7.

At the time of the Franklin Circle fire — apparently caused when a semi-truck's faulty catalytic converter shot sparks along Highway 156 — Engine 14 was “at post,” meaning it was parked at the staging area between Union Road and 156. Garringer said that the engine’s crew was in training and one of their bottles (self-contained breathing apparatus) was defective.

Garringer added, “98 percent of the time, the engine should be here. But even if it were at post, it would still be within striking distance of the fire.”

Standard operating procedure for fire crews is two firefighters going into the fire with full protective gear on and two back-up firefighters without the encumbrance. Without the bottle, they could not do their job.

In fact, Garringer said, the firefighters swapped bottles with another engine and did not have time to don protective gear. But they responded to the call right away.

Garringer presented his report to the council, detailing response times by the fire engines involved, the dispatcher and even his own. He also brought two captains, one who injured his arm fighting the fire. Garringer brought supporting video from the front camera of an engine rushing to the scene as well as recorded communication between the dispatcher and fire crews.

The video showed the fire engine was slowed down by Highway 156 traffic (“when we got there, it was a parking lot,” Garringer noted) and going through the shoulder as motorists stayed on the road or were slow in moving to the side.

Councilman Tony Boch exclaimed, “I could not believe these drivers have California licenses.” But it was explained that a fire engine’s siren would be hard to hear as the truck passes by at 50 mph.

Vice-Mayor Rick Edge asked about the whereabouts of both San Juan Bautista-assigned and Hollister-based engines through the meeting. Councilman Chris Martorana asked about specific response times.

Garringer said, “Engine 13 from Station 1 (Hollister Fire Department) took 12 to 13 minutes. It took me eight minutes to get there. It takes 90 seconds for dispatch to call out, another 90 seconds to don protective gear (and a few more seconds) to get going on the engine to the scene. The national standard to get to the scene is four minutes.”

Garringer repeated that the fire crews arrived at the scene “in eight minutes, not 30,” as some residents contended. He was reacting to information from social media that prompted the City Council's call for the emergency meeting. He added, again reacting to social media information, that fire crews “ran, not walked” to the scene.

When all this came to light, Gabby Candelaria, who was initially quoted by media saying “it took 20 to 25 minutes to respond," stood up and apologized to the assembled council members, firefighters and other residents.

She said she now understood the other factors that made the situation difficult but that she had a 1-and-a-half-year-old to worry about. Candelaria also said, “We’re vulnerable because we live on a faultline. I worry about an earthquake (that could create a) gas leak (and spark a) fire.”

Roybal agreed, saying, “San Juan Bautista is a firefighter’s nightmare. You have useless fire hydrants. You can lose the town.” He explained that the fire hydrants he saw were not up to the pressure needed to fight a fire. He also remarked about the inadequate water hoses and a need for relay stations. He suggested the city invest in portable fire hydrants.

Candelaria also said there was an issue with Caltrans, which is responsible for maintaining the highway shoulders, which abut many homes in San Juan. Her husband added that the summer drought and a lot of still uncut four-foot-high weeds, plus the absence of a firebreak wall in the area, endangered residents.

Boch said, “I fault Caltrans with what happened. They’re not too happy with me.”

In the public comment session, some residents and firefighters (both active and retired) expressed their desire to bring back San Juan Bautista’s volunteer firefighters. One referred to its “144 years of selfless lives and hard work which should be respected.” Still others suggested a mix of both contract firefighters and volunteers permanently stationed at San Juan Bautista.

But Hollister City Manager Bill Avera said, “First, it’s a contract, not a consolidation. If you are unhappy, let’s talk about it. There’s already a fire committee established (in response to one of Roybal’s suggestions) and Mayor Lund is a part of it. Volunteer firefighters have their own jobs and even they might not be there on Monday. The firefighters’ response (to the Franklin Circle fire) is almost on par with a medical emergency team. Besides, last year, San Juan Bautista had a big fire and you were happy when Hollister Fire took care of it.”

Lund replied, “There were 37 firefighters in the fire last year.”

Nevertheless, it was revealed that at one time, Hollister Fire Department started an EMT training that participants from San Juan Bautista did not finish.  Garringer said that firefighting “is not a social hobby” and that there’s a need for fully-trained, fully-certified firefighters.

Garringer said that for $160,000, “We give way more service with a captain on three different shifts, a driver with minimum cert and a crewman to an engine. Make that six firefighters for San Juan Bautista.”

Lund agreed that San Juan's annual payment to Hollister is not enough to build and equip the most effective firefighting team. “Probably more like $300,000 when you include the facility maintenance, the TVs, the radios and other communication peripherals,” Lund said.

Boch replied to the president of the Hollister Firefighters' Association that the meeting was “not a kangaroo court and the firefighters are not being criticized.”

San Benito County District 2 Supervisor Anthony Botelho, who represents San Juan Bautista, said the work to be done would be a “balance between professional staffing and a solid reserve program.” District 4 Supervisor Jerry Muenzer said, “We’ve gotten grant money so that the reservists (can train to) become full-time firefighters. (The city) has already built quarters, so your firefighters can be at hand.”

San Juan City Councilman Jim West said, “Nobody died. Nobody got (seriously) hurt. The fire was put out. Let’s get to work.”