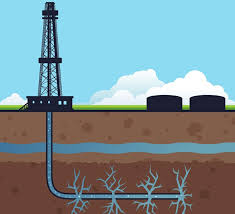 The Environmental Protection Agency (EPA) released a draft assessment this week on the potential impacts of hydraulic fracturing activities on drinking water resources in the United States. The assessment, done at the request of Congress, shows that while hydraulic fracturing activities in the U.S. are carried out in a way that have not led to widespread, systemic impacts on drinking water resources, there are potential vulnerabilities in the water lifecycle that could impact drinking water.

San Benito County voters in November 2014 voted for Measure J, which bans enhanced oil and gas extraction activities — such as fracking — in the county. BenitoLink invites you to share your comments on the findings below.

The assessment follows the water used for hydraulic fracturing from water acquisition, chemical mixing at the well pad site, well injection of fracking fluids, the collection of hydraulic fracturing wastewater (including flowback and produced water), and wastewater treatment and disposal. “EPA’s draft assessment will give state regulators, tribes and local communities and industry around the country a critical resource to identify how best to protect public health and their drinking water resources,” said Dr. Thomas A. Burke, EPA’s science advisor and deputy assistant administrator of EPA’s Office of Research and Development. “It is the most complete compilation of scientific data to date, including over 950 sources of information, published papers, numerous technical reports, information from stakeholders and peer-reviewed EPA scientific reports.”

These reports were a part of EPA’s overall hydraulic fracturing drinking water study and contributed to the findings outlined in the draft assessment. Over 20 peer-reviewed articles or reports were published as part of this study. States play a primary role in regulating most natural gas and oil development. EPA’s authority is limited by statutory or regulatory exemptions under the Clean Water Act, Safe Drinking Water Act, the Comprehensive Environmental Response, Compensation and Liability Act, and the Resource Conservation and Recovery Act. Where EPA’s exemptions exist, states may have authority to regulate unconventional oil and gas extraction activities under their own state laws.

EPA’s draft assessment benefited from extensive stakeholder engagement conducted across the country with states, tribes, industry, non-governmental organizations, the scientific community and the public to ensure that the draft assessment reflects current practices in hydraulic fracturing and utilizes all data and information available to the agency. The study will be finalized after review by the Science Advisory Board and public review and comment.

The Federal Register Notice with information on the SAB review and how to comment on the draft assessment will be published on Friday June 5, 2015. For a copy of the study, visit www.epa.gov/hfstudy. To submit comments on the report, click here.