On Saturday, Aug. 27, the National Steinbeck Center in Salinas will host an evening forum on California's water. The free event will feature water experts talking about rivers, oceans, and the water under our very feet 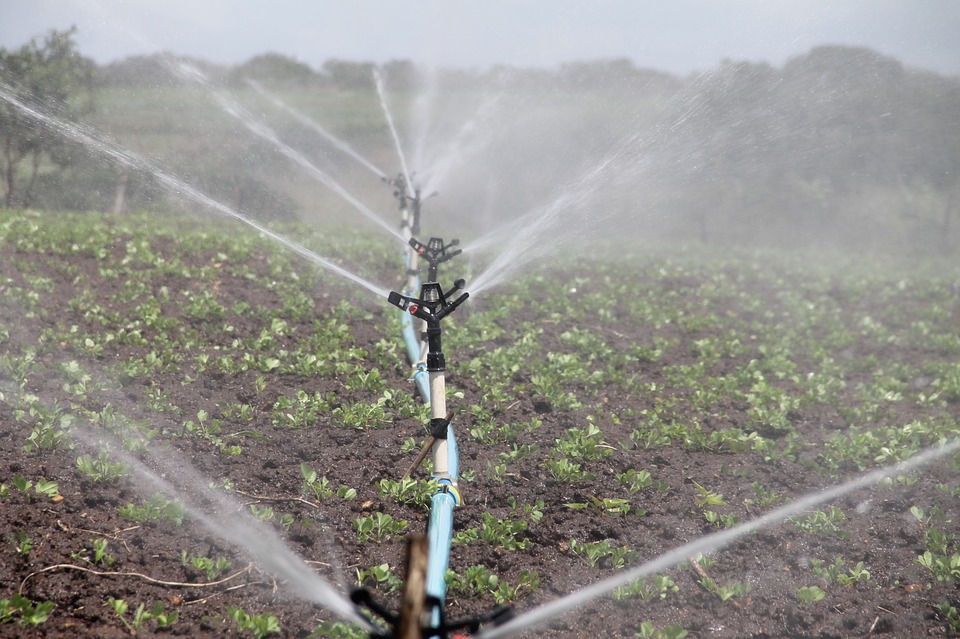 The topic of water in California no longer evaporates from conversation when mentioned. Instead, it gushes forth, overflows, and often drowns out the dialogue. As the Golden State enters its fourth year of drought, water is on everyone’s mind. From the halls of our state capitol to the kitchen sink, water is dictating policy and changing people’s behavior. But what do we really know about the resource that has shaped our state’s history and will no doubt define its future?

The answer to this question and others will take center stage on Saturday, Aug. 27, when the National Steinbeck Center hosts, “California’s Water: Rivers, Oceans, and Our Future.”

The free event, organized by the California Humanities in partnership with the Pulitzer Prize Board, will “feature state water experts talking about rivers, oceans, and the water under our very feet, discussing what we know and what we don’t know, and what we must learn about how to manage a future in which water is going to become all the more precious,” according to the event’s flier.

In a preview to the evening’s discussion, Felicia Marcus, chair of California’s State Water Resources Control Board (SWRCB) and one of the forum’s panelist, explained in a telephone interview with BenitoLink earlier this month that her agency is tasked with several responsibilities. Ensuring that quality drinking water pours from our taps and determining that the there’s an ample quantity to satiate our demand are just two of them.

“We [SWRCB] know a lot about the quality of water,” Marcus said, adding that this is especially true of larger, public delivery systems where common contaminates, like nitrates, are easily identified and water is treated more effectively.

Technology and ongoing research, she explained, has assisted the SWRCB in identifying “CECs (contaminants of emerging concern) like pharmaceuticals and endocrine disrupting chemicals.”

And while her agency has the monitoring of water quality nearly down to a science, Marcus admitted that information regarding California’s groundwater and surface water supplies is murky at best. But because of recent legislation the process for collecting such data is slowly improving.

Marcus mentioned that a state law passed in 2014 “requires that local groundwater basins be managed for sustainability…and if local areas miss key deadlines, the state board can and will step in to do things like requiring pumping reporting, or actually setting up regulation.”

In March, the SWRCB—which is also responsible for adjudicating water rights issues and disputes—received the authority to monitor the diversion of surface water by all rights holders. Marcus noted that modern technology, such as telemetry, will allow state officials to know “who’s taking the water, how much, and when.”

There are nine regional boards that the SWRCB oversees. San Benito County is located in Region 3, an area that encompasses Monterey and Santa Cruz counties.

And what distinguishes our county from others throughout the state?

Marcus explained that its “the interesting mix of an urban environment and rich agriculture.”

In his interview with BenitoLink, Shawn Novak, water conservation program manager for the Water Resources Association of San Benito County, noted that another distinguishing factor is that our county sits in a closed basin, something that is both a blessing and a curse.

“Our water stays here, which is good,” he said, adding “but it doesn’t flush out, which is bad.”

Novak, who will be attending "California’s Water: Rivers, Oceans, and Our Future,” stated that as California moves forward it is critically important that communities have “a diverse portfolio of water supplies,” meaning that relying too heavily on one water source is detrimental to a city’s longevity.

But thanks to the Hollister Urban Area Water Project that ratio will soon change, he said. When the project is completed in 2017, water delivered to city residents will be “50 to 60 percent surface water blended with 40 to 50 percent groundwater.”

He explained that the higher quality drinking water entering homes “will make for better wastewater” en route to the reclamation plant, where it can be treated and used in agriculture, the state’s largest consumer of water.

Novak praised both residential water users and farmers for the diligence they’ve demonstrated in monitoring their spigots over the course of the drought.

“I’ve seen phenomenal efficiency, and I’m really proud of our community. It really stepped up to the plate” he said.

To underscore his point, he cited that per capita water usage in Hollister has been reduced from 212 gallons per day in the late 1990s…to 105 gallons” today. But domestic irrigation still comprises 50 percent of household use, he noted.

For their part, county farmers have reduced their usage by enlisting technology and abandoning flood irrigation in favor of irrigation systems, like drip or overhead (micro) sprayers), that are tailored made for certain crops.

Hollister resident and one of the directors on the San Benito County Farm Bureau, Richard Bianchi, explained in an interview with BenitoLink earlier this month that farmers are far more cognizant of water, both its application and discharge. (Fertilizers and pesticides are the main culprits behind elevated nitrate levels found in groundwater.)

Bianchi uses websites, such as Wateright.org, to determine the daily amount of water he needs to apply on rows of lettuce, tomatoes, cilantro, and spinach.

He said that after he inputs variables, including the week’s weather forecast, soil and crop type, and the irrigation system used, the website then generates data that he uses as ranch manager at Sábor Farms.

According to Bianchi, the approach has paid off.

“Over the last 20 years, farmers have been using considerably less water to produce more,” he said.

In an interview with BenitoLink, Pulitzer-prize winning journalist, Bettina Boxall, who covers California’s water issues and the environment for the Los Angeles Times and who will join Marcus on the forum’s panel, explained that Californians must both accept and adjust to a new reality: owing to geography our state’s water is finite.

And though we are not yet tapped out, she said that, “we must be sustainable in our water use,” adding, “it will be painful, but it can be done.”

That pain for some, Shawn Novak said, may be coming to terms with the fact that the only time they enjoy their manicured, verdant lawn is when they mow it.

Click here to register for "California's Water: Rivers, Oceans, and Our Future."

Click here for more information on upcoming On the Road with California Humanities events. 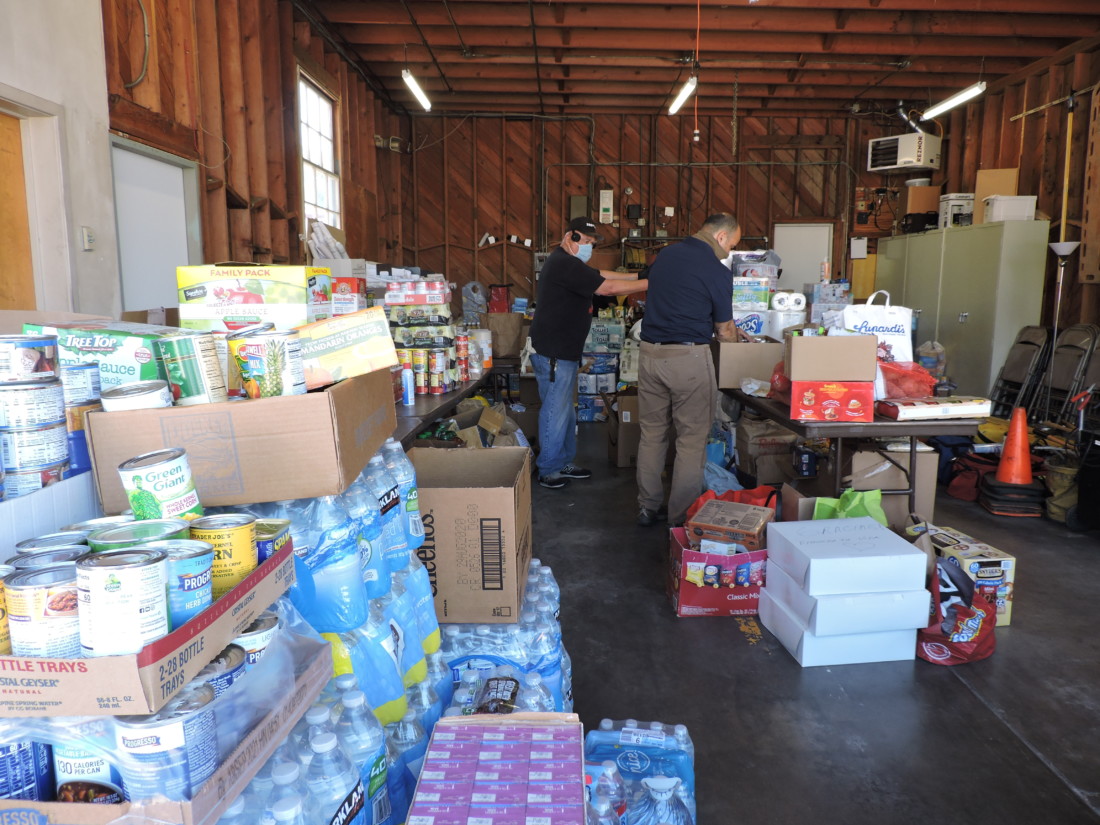