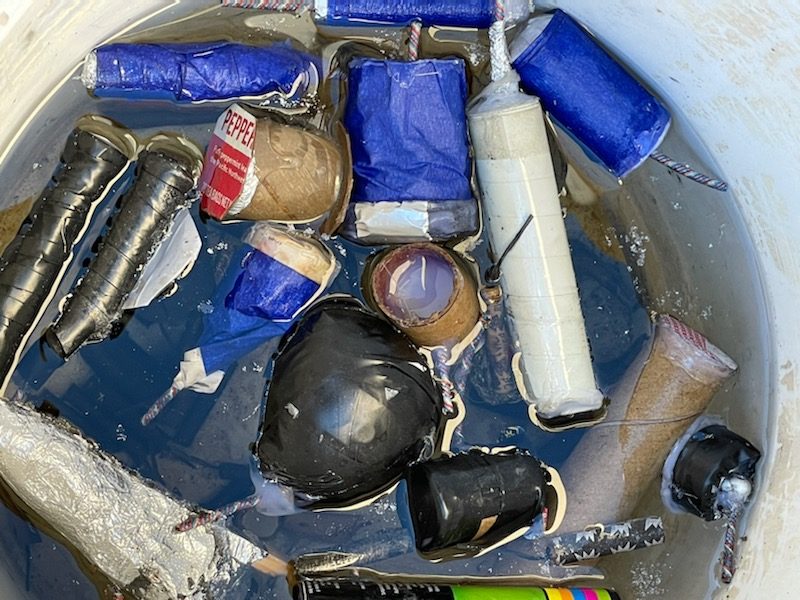 About 20 improvised explosives were recovered by the San Benito County Sheriff’s Office on Nov. 9. at the 1700 block of Sunnyslope Road in Hollister.

Capt. Eric Taylor said deputies were dispatched around 10 p.m. to the scene responding to a disturbance, but it turned out that property owners had discovered the explosives while going through an abandoned trailer.

He said the devices were collected and inspected by the Monterey bomb squad on Nov. 10 to ensure they were disposed of properly.

Taylor said x-rays revealed two of the devices contained shrapnel, pieces of metal that fly out upon detonation. He added that when explosives are modified it becomes a felony for the responsible person and a second felony for the shrapnel component.

No arrests have been made and the people who were evicted from the property have not been contacted, Taylor said. He added the investigation also involves finding out who else had access to the trailer since September.