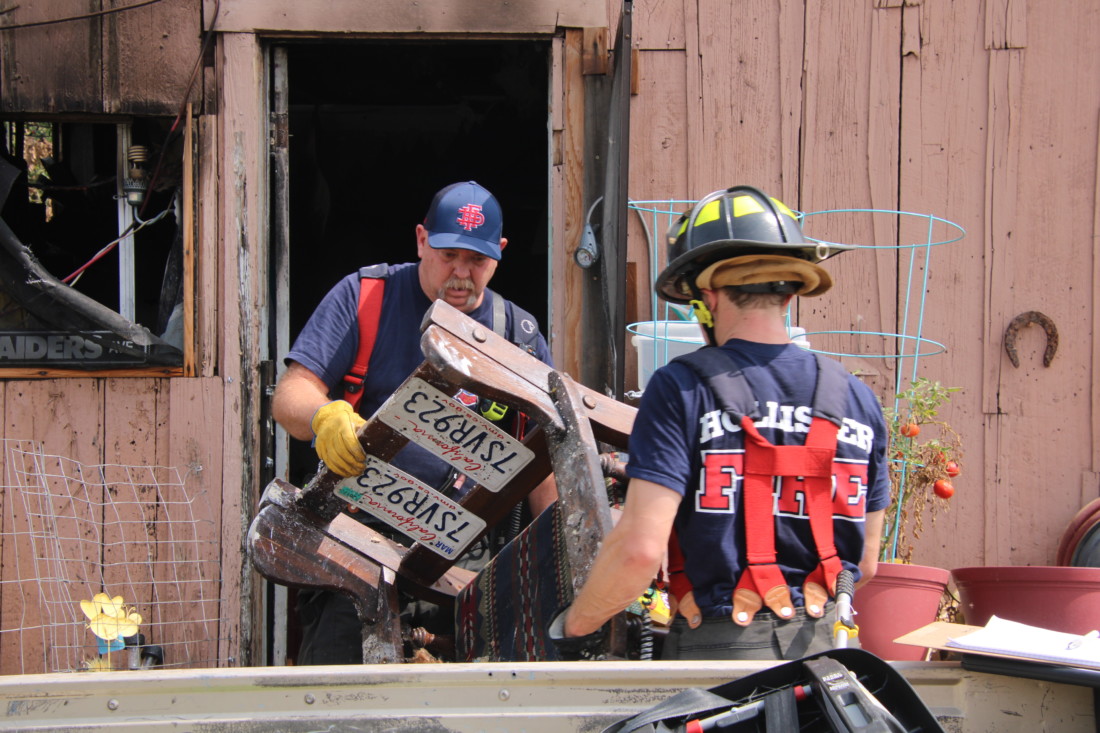 Firefighters remove furniture and belongings from the shack were nine people lived. Photo by John Chadwell. 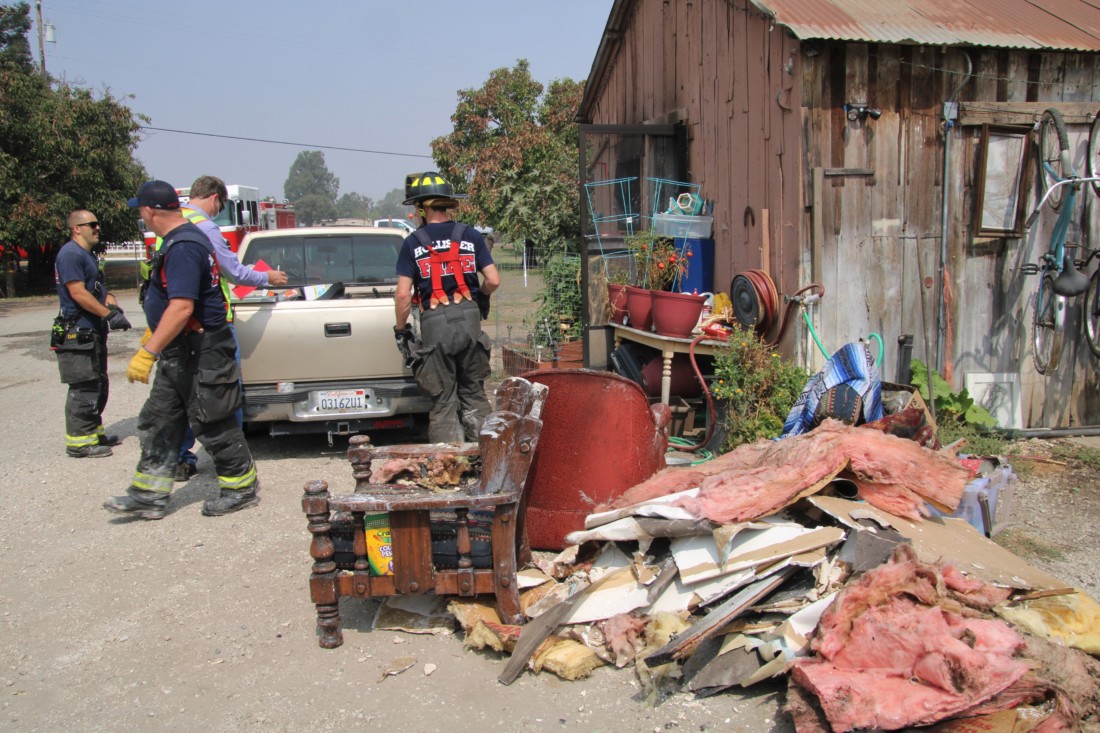 Damaged belongings piled outside the dwelling. Photo by John Chadwell. 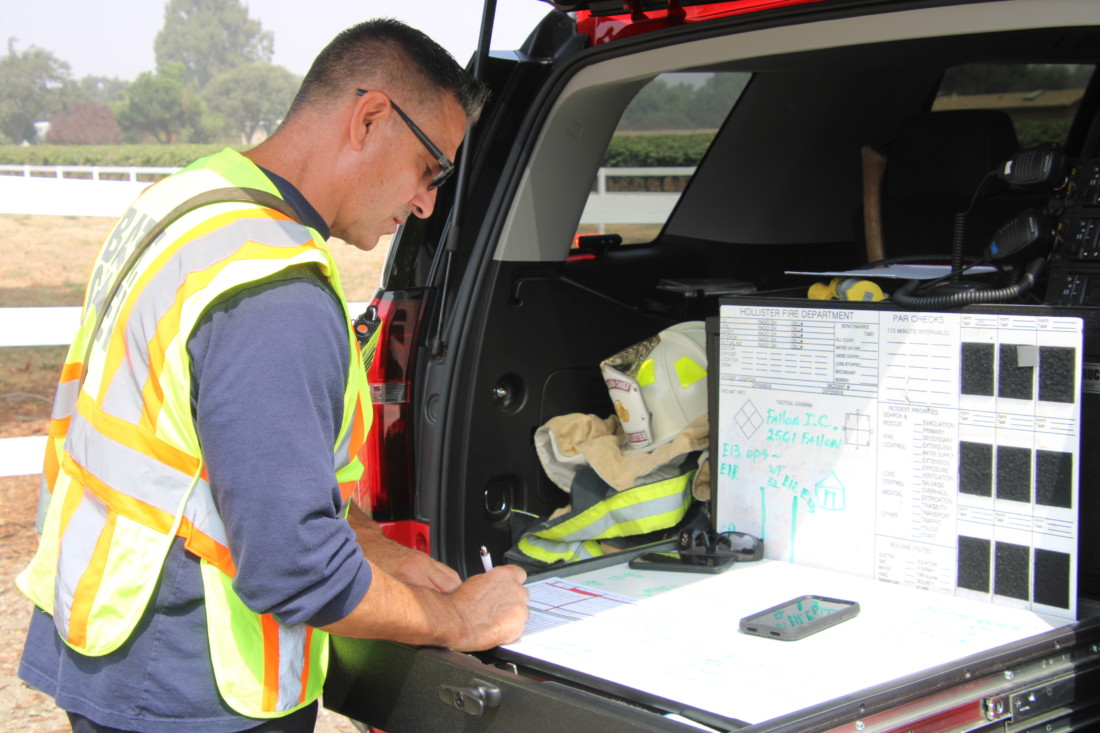 Battalion Chief Kenny Milan works the command center across the street from the fire on Fallon Road. Photo by John Chadwell. 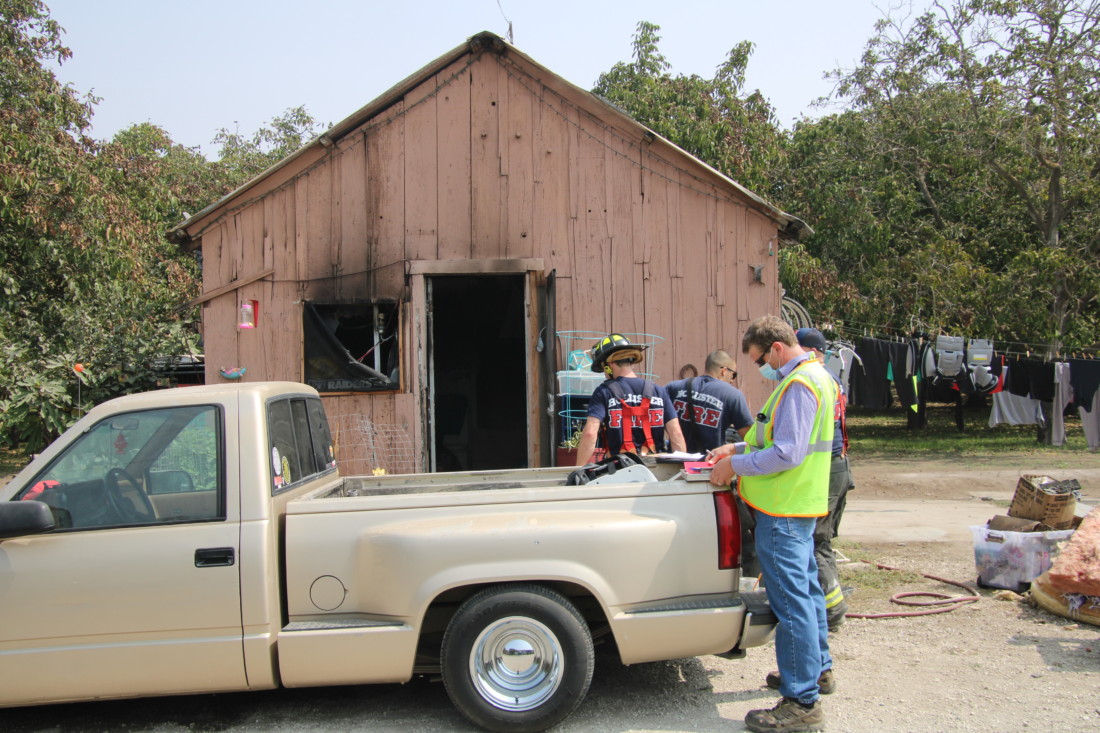 The preliminary finding for the cause of the fire was an electrical overload. Photo by John Chadwell. 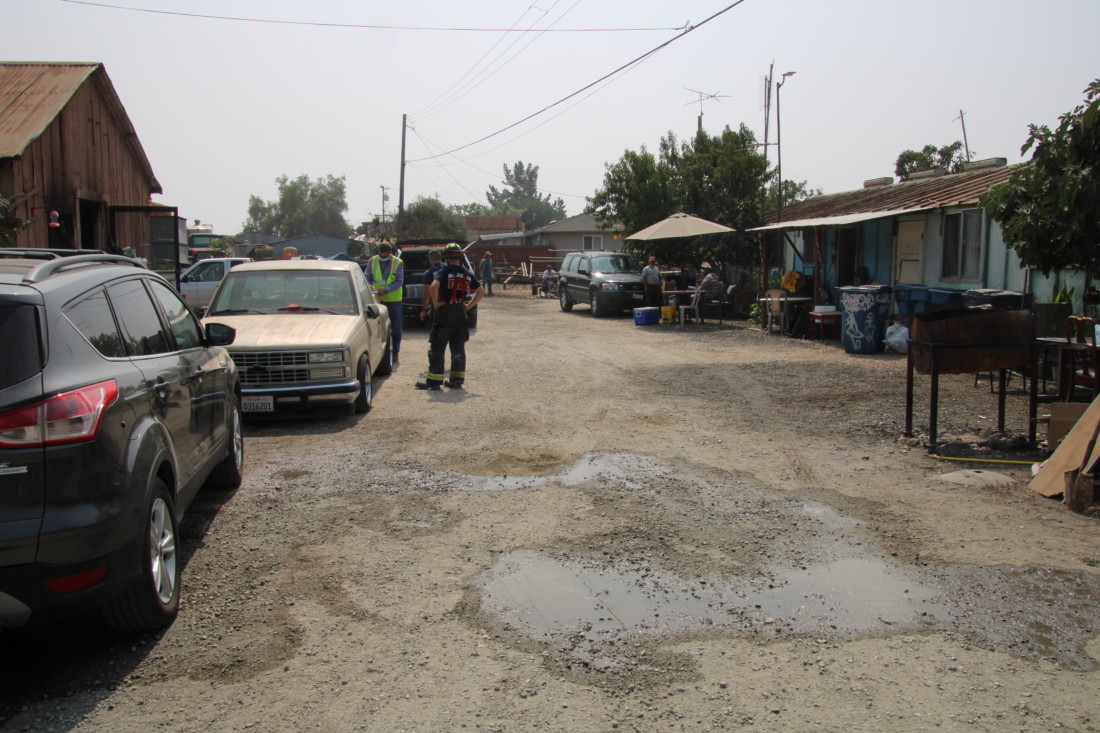 Several farmworkers watch from other nearby shacks. Photo by John Chadwell.

A Hollister firefighter rolls up hoses after a structure fire at 2561 Fallon Road on Sept. 14. Photo by John Chadwell.
×

Eight adults and one infant have been displaced following a Sept. 14 structure fire at 2561 Fallon Road. A preliminary investigation attributed the fire to electrical overload.

Three units from the Hollister Fire Department responded to the structure fire at 11:49 a.m., according to Battalion Chief Kenny Milan, who said the first unit from the Hollister Municipal Airport rolled up to a shack with smoke pouring from the windows and door. Other units arrived shortly afterward.

“Engine 13 from the airport reported light smoke coming from a structure fire,” Milan said. “Incident command was established, and the fire was knocked down quickly. Upon investigation we found three cats were deceased and one dog was saved.”

Milan said the American Red Cross would be responding soon and that PG&E was also on its way.

“In addition to the Red Cross, animal control and building enforcement are on the way,” Milan said.

As firefighters pulled burned furnishings and belongings from the shack, nearby farmworkers watched silently from the shacks across the way.