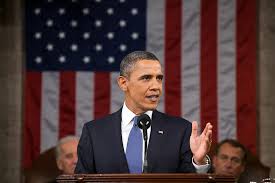 “By almost every indicator, our economy has been growing steadily since the president first took office after the financial collapse. Unfortunately, not everyone has benefited from those gains. That isn’t the fault of this administration. Instead, several decades of trickle-down economics have stacked the deck for a wealthy few at the expense of the American middle class.

“I was pleased to hear the president propose a new direction that creates opportunity for all through middle class tax cuts, affordable education and investing in a modern infrastructure.  His proposals also cut directly to the one economic indicator that every American looks to: their paycheck. It is time to give the middle class a raise. The President’s proposals would reverse the growing problem of income inequality by putting more money in pockets of hardworking men and women.

“President Obama got it right tonight when he said ‘this country does best when everyone gets their fair shot, everyone does their fair share, and everyone plays by the same set of rules.’ I look forward to working with him and my colleagues in Congress to level the playing field so we can build an economy that benefits all Americans – not just a select few.”