Enthusiasts of all ages gather in church parking lot to behold the glory of classic models. 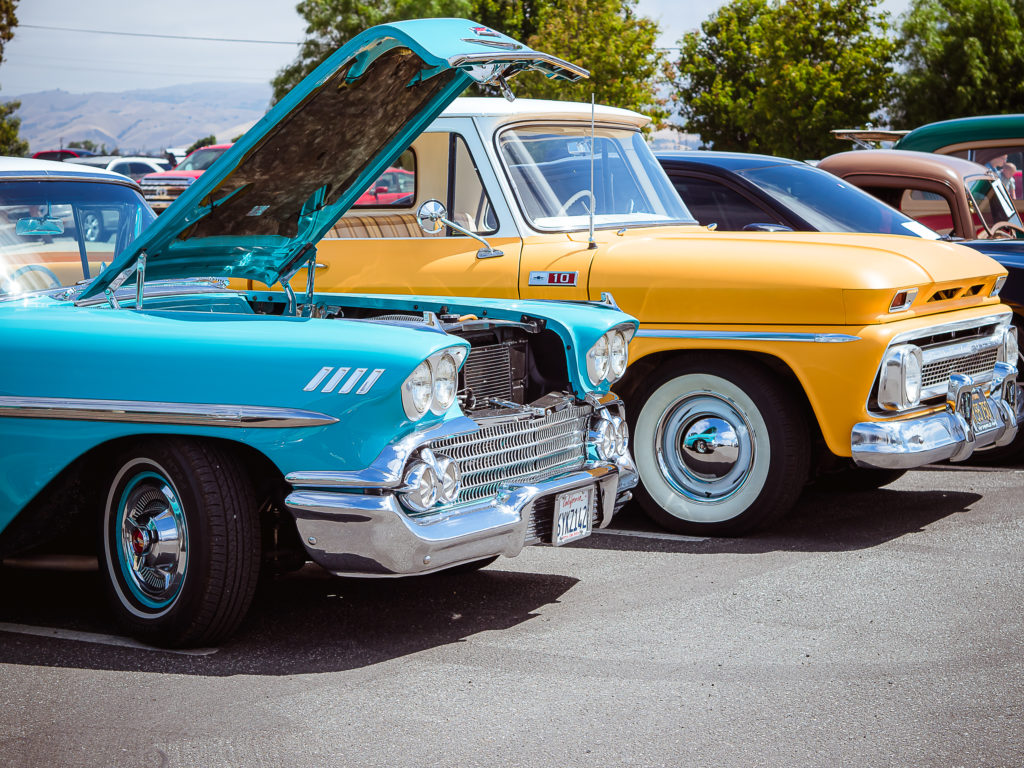 Vehicles on display at the Father's Day Car Show in 2019. Photos by Heather Graham.
×

Some of Hollister’s finest vehicles were on display June 15 at the Father’s Day Weekend Car Show. It’s been an annual affair since 2004—and held this year at Abundant Life Foursquare Church at 790 Bolsa Road.

“We started at what’s now South Valley Church out by Corbin,” said event organizer and church member Richard Hershey. “Pastor Don Skow had the vision to do a Father’s Day Car Show.”

Car guys and gals flocked to the event to display and view vehicles of all sorts. The collection ranged from American muscle cars both new and classic to antique Fords, a real Humvee right out of the Marines and even Evos (as they are referred to by their owners) that’ll do 160 mph, according to Hershey.

“The rarest thing is we got five ’57 Fords together,” he said. “I was born in the ’60s, and I don’t remember ever seeing that many in one location.”

Roman Shlick, an avowed Volkswagen fanatic, was there to show off a professionally restored 1966 VW Type One Beetle he purchased a month ago.

“I use this as a daily driver, I do drive it a hundred miles a day, five days a week,” he said. “I’m not afraid that the restorations are going to become a problem. I always feel no matter what, an automobile is meant to be driven, not meant to be garaged. An automobile should be driven, should be shown—especially if it’s a nice automobile.”

Shlick’s wife Debbie said that since her husband has been driving the car, he comes home from work happy every day. However, Shlick acknowledged a downside to the vintage Beetle: “There’s no radio, which is about the only thing that bums me out,” he said.

Besides the smaller event size and cooler outdoor temperature, what really set the car show apart from the one that takes place downtown every July was the “rev-off” between a 1936 bobber truck, a 1968 Chevy Nova and a 1970 Plymouth Road Runner (the Road Runner won).

The show came complete with music, free hotdogs and even face painting for the kids. Kids safely roamed the lot, asking questions of the friendly owners and requesting closer looks under hoods.

Churches from all over town contributed to the organization of the event, Hershey said.