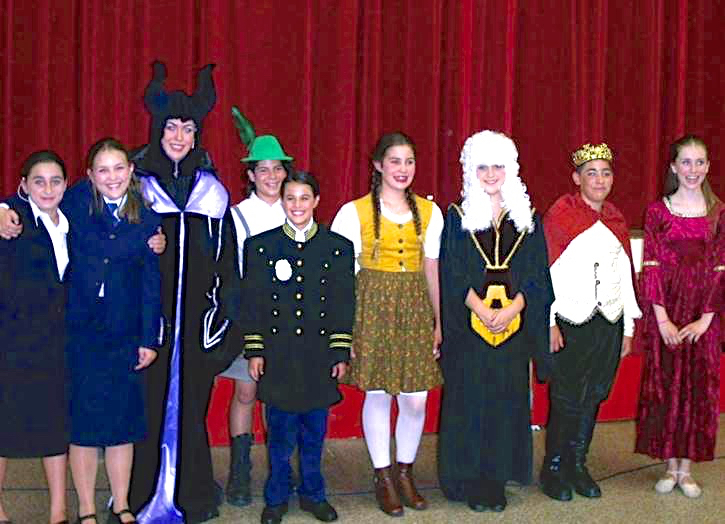 After a week-long camp, students were able to perform what they learned for their families and friends. Photo courtesy of Kristy Burchard. After 15 years of bringing an arts experience to youth in San Benito County, Kids Rule, a week-long summer theater camp, will be coming to an end. Local teacher Kristy Burchard, who founded the camp in 2003, said that Kids Rule was created in order to provide a “playful, upbeat, positive atmosphere,” where students were able to get, “an introduction to theater through dance movement, singing, acting, and improv”. This idea developed after Burchard saw her four children interested in the performing arts, but not having a local theater arts program to turn to. With her children now grown, Burchard is moving into a new chapter of her life and has decided to close the camp.

Servicing over 2,000 kids from 2003-2017, many former campers who returned as counselors credit Kids Rule as a pivotal moment in their personal growth. “When I was younger I was very shy and very introverted, nowadays I have become more of an extrovert and I feel like a lot of that was Kids Rule,” Dominic Garcia said. Garcia is currently a senior at San Benito High School who participated in Kids Rule as both a camper and counselor.

Riley Scherr, who is currently a freshmen at Santa Clara University, was involved in Kids Rule as both a camper and a counselor. Scherr credits the camp with helping him develop, “public speaking skills, confidence, expressiveness, being able to connect my emotion and others emotions”. Scherr also believes that while “practical subjects” are taught in schools, the arts are just as important to a child’s development. “I think that well those (core subjects) may help us professionally, that the arts can help us socially and emotionally,” Scherr said.

Kendall Mills, who participated in Kids Rule as a camper and later as a dance instructor for the camp, saw this growth in her own students. “I think performing gives kids a purpose in Hollister,” and is a, “great outlet for kids to get involved in,” Mills said. Burchard furthered this sentiment when saying that the arts, “help make a creative thinker”.

Burchard has twin sons who both are currently pursuing the arts while in college. Being able to be an active part of her children’s lives now that they no longer live in the community was a contributing factor to why Burchard decided to step down from continuing the camp. Burchard said, “Kids Rule has got so big and takes up so much time,” that, “I feel like it is a time to take a break”. Part of this break will include visiting her sons in college to enjoy their productions. Burchard also wants to have time to help out with local theater productions.

Though Burchard will be closing this chapter of her life, the hundreds of students she has worked with will not forget her. As Mills said, “She instilled the love for performing arts” into her students.

Scherr shared his own experience saying, “It was fun watching her work as a camper. It was fun working with her as a counselor. I want to thank her for the wonderful gift she has given to the county."