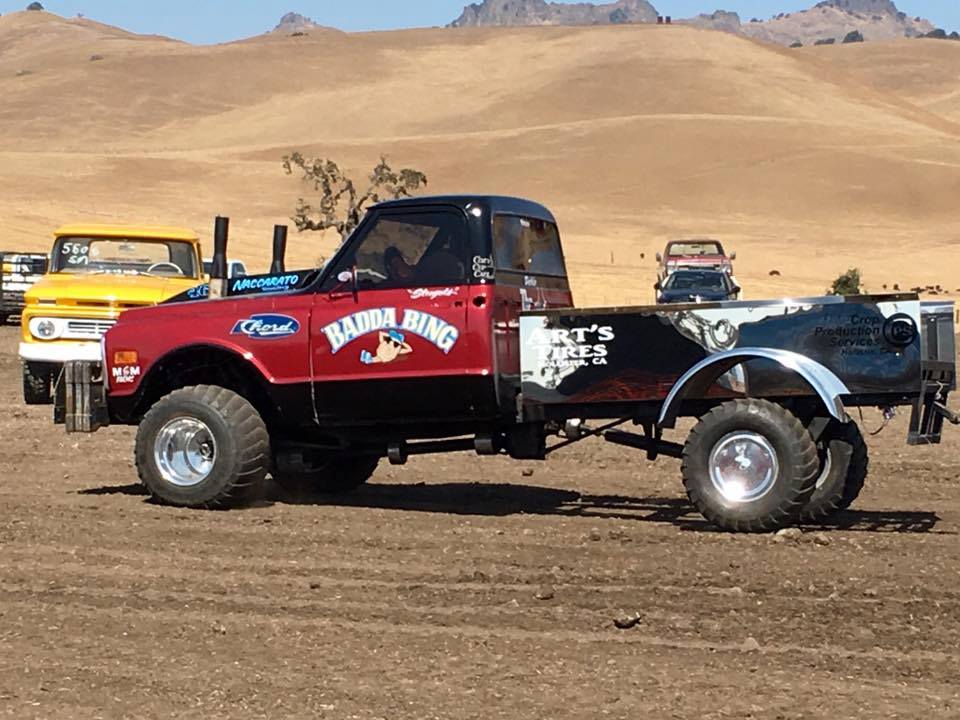 On Saturday, Aug. 26, the fourth annual Pullin’ For a Cure benefit truck-pull event, will kick off at noon on Santa Ana Valley Road.

Truck pulling, at its essence, is a competition that pits trucks against each other in order to prove which vehicle can pull the most weight.

To compete, the trucks start pulling a sled down a track. As the vehicles continue moving forward, more weight is added to the sled. Eventually, the truck will reach its maximum pull weight, and become unable to continue driving forward. The truck’s pull distance is marked, and the truck that travels the furthest distance pulling the most weight, is the winner.

The idea to host a truck pull event in San Benito County came to Bailey Correa and her husband one evening about four years ago over dinner. Correa’s husband, Mario, has been a truck pulling enthusiast for more than 10 years. The many events, found throughout California and beyond, kept the Correas very busy. “Every weekend, practically, we would be at truck pulls for the whole season,” says Correa, but there weren’t many events nearby. “My husband wanted to see another truck pull in Hollister.”

Correa started brainstorming ways to host the event. The first problem she had to solve was space. For a truck pull, an event that features massive vehicles pulling heavy loads, “you need a lot of open space.”

Ronaldo Martin, a Correa family friend, owns a property that is “just a blank canvas with open fields.” Martin donated his land for the event.

Correa also knew that she wanted to organize the truck pull as a charity event, and wanted to make sure the money would benefit a local cause. After Martin offered the use of his land for the truck pull, Correa had another idea: “Romaldo’s daughters are very involved in the Relay for Life organization here in town,” Correa says. “They have their own team, and that’s how the whole idea came about for who the money would go to.”

This August marks the fourth year of the event, with 100 percent of the proceeds going to support the Casillas-Garner Family and Friends Relay for Life team. In the past three years, the truck pull has raised more than $50,000 for the team.

Because it is a charity event, the Correas rely heavily on donations. The hay bales, where spectators sit to watch the truck pull, are donated by McAbee Trucking. People are also known to pop up their own tents and umbrellas to watch the event with the whole family.

There will also be a raffle with a chance to win prizes that have been donated, such as a metal barbecue made by Mario Correa. There will also be gift certificates donated from restaurants around town. Ray’s Stump Removal also donates firewood as a raffle prize.

Correa estimates that the 2016 event saw around 750 spectators who came out to cheer on the trucks. “It definitely has gotten bigger every year,” says Correa.

The Pullin’ For a Cure truck pull is also part of the L & L Western American Pulling Tour, which means that participating trucks can earn points toward their tour total and are awarded prizes at the end of the year based on their number of points.

There will be food and drinks available for purchase from the main concession stand, hosted by the Casillas-Garner Family and Friends Relay for Life team. This year, they plan to sell tri-tip sandwiches as well as chips and drinks. Nor Cal Snowy will be selling snow cones.

Admission is $10 for adults and $5 for children ages 4 to 12. Children three and under are granted free admission. Interested spectators can also purchase “pit passes” to get up close and personal with the trucks participating in the event, and the truck owners — who are happy to answer questions. Pit passes cost $20.

Gates open to the public at noon and the truck pull starts at 3 p.m.