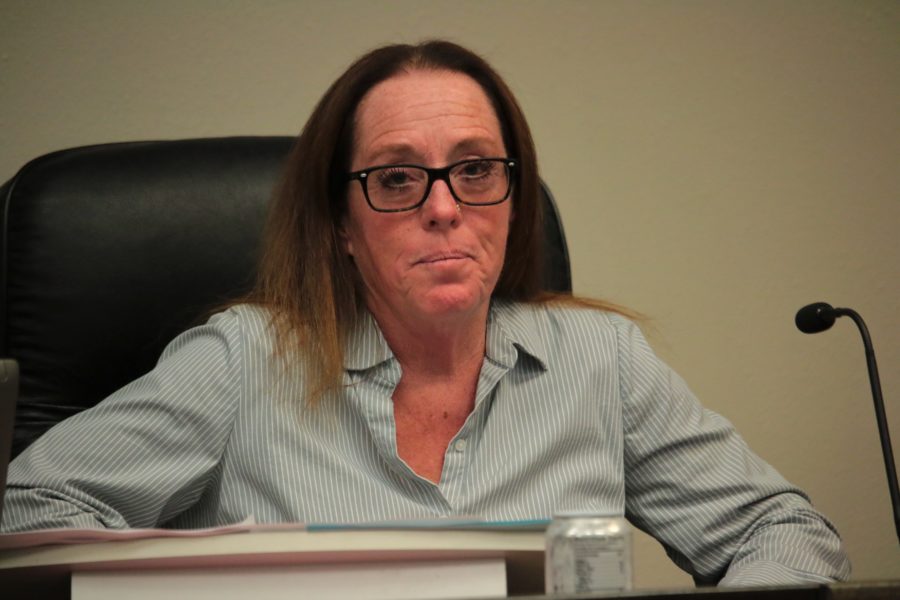 Councilman Rolan Resendiz filed the complaint against Spencer because he felt she voiced her opinion while walking out of the chambers to recuse herself from a vote.
×

But at the council’s Sept. 16 meeting, Spencer said the letter she received from the California Fair Political Practices Commission (FPPC) indicated she would not have to recuse herself on meeting items concerning San Benito High School. Spencer, a campus supervisor, has worked at the school for 22 years.

In his complaint to the FPPC, Resendiz wrote that he believed Spencer violated the Political Reform Act that states “No public official may make, participate in making or in any way use or attempt to use his/her official position to influence a governmental decision in which he/she knows or has reason to know he/she has a financial interest.” The FPPC told Resendiz on Sept. 11 that it would not investigate his allegations. According to the letter (provided by Spencer), the commission would not investigate the matter because of “insufficient evidence of a violation of the act.”

Spencer said that because of the FPPC decision sent to her on Sept. 11, she was free to refrain from recusing herself when agenda items related to the high school came up.

Resendiz told BenitoLink on Sept. 17 that he felt the point wasn’t whether Spencer had to recuse herself, but that she made her views clear when she recused herself from a high school-related item at an Aug. 5 meeting. According to Resendiz, while Spencer walked out of the council chambers for a decision to close Nash Road permanently, she said: “Yeah, well [sic] know a lot of people in District 2 that hate this too.” Resendiz represents District 2.

He said her comment while leaving the chambers was “highly unprofessional and unethical to say, just like other things she’s done.” He said by commenting as she left the room, she could have been trying to influence other council members.

Resendiz told BenitoLink why he felt he had to report the incident to the FPPC. He explained that up until the Sept. 16 meeting, he wasn’t sure where the council was in terms of working out ongoing conflicts. But after Spencer publicly apologized to him at that meeting, Resendiz said she seemed to want to communicate more to work on issues.

“From my understanding of the findings, I have no financial or employment gain from the high school, so there is no conflict of interest,” Spencer said. “I am excited that I am able to participate in all discussion and votes that pertain to the high school.”