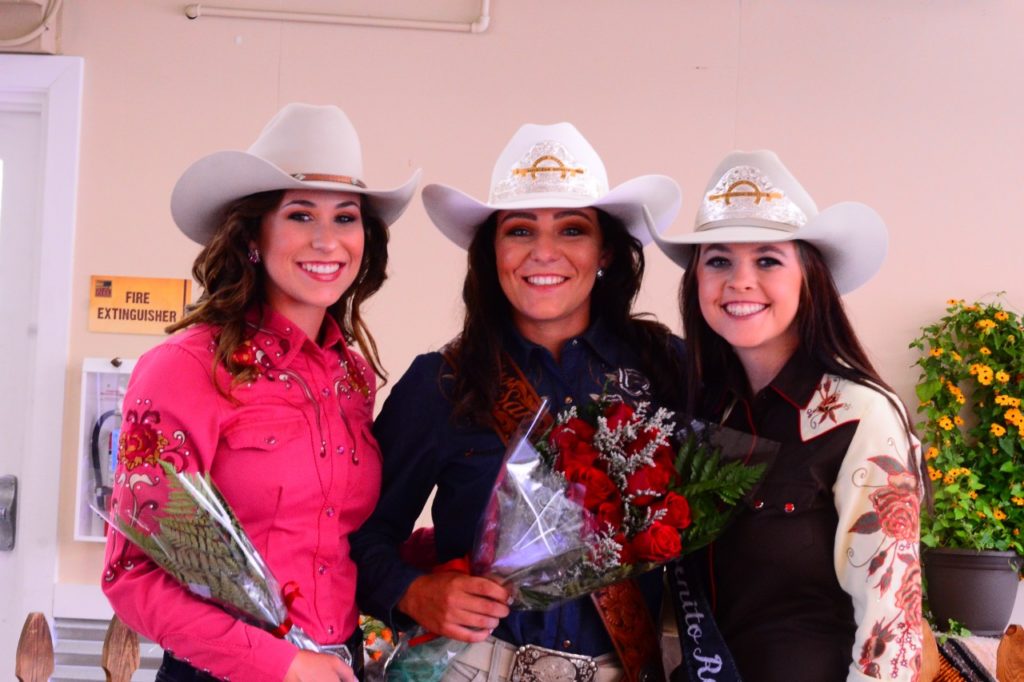 Newly-crowned Miss San Benito 2018 Kelsee French received the award Saturday June 10 during the horse show’s queen contest and will represent this year’s San Benito County Saddle Horse Show and Rodeo. The crown is an honor given to local women who exhibit a knowledge of riding and roping.

French and another contestant answered a series of questions that quizzed them on their knowledge of horsemanship, tack, and equipment. The two contestants were expected to understand the early vaquero tradition of horse training. After the morning questions, horsemanship was judged in the arena and the queen was announced afterwards. Madeline Clarkson was the first runner-up in the contest.

French, is a resident of Hollister, plans to attend Gavilian College in the fall and hopes to become a physical education teacher. She competes in various rodeos and barrel races across the Central Coast, and recently joined the reined cow/horse world.

She will compete in the non-pro reining stock horse, ladies’ horsemanship, and ribbon roping at the 2018 San Benito County Saddle Horse Show and Rodeo.

“I have been a participant of the show since I was four,” French said. “I always wanted to be Miss San Benito Rodeo. It was an amazing honor to be crowned.”

Miss San Benito Rodeo will be officially introduced at the Country Tribute Concert on Saturday, June 16 from 6:00 p.m. to 9:00 p.m. The 85th Annual Rodeo will be held at Bolado Park in Tres Pinos from June 22 to June 24. More information is available on their website.

“I can’t wait to represent our hometown rodeo this year,” French said. “With the added money in the rough stock events, the community can expect some talented professional rodeo athletes.”

The winner will also represent the association throughout the year at such events like the California Rodeo in Salinas, local community functions, the San Benito County Fair, and the Junior Rodeo.

Kelsee French will make an appearance on horseback at the annual Saddle Horse Show Parade in downtown Hollister Saturday, June 16.

The Downtown Parade is the kick off to a week of festivities leading up to the 85th anniversary of The San Benito County Saddle Horse Show and Rodeo, June 22 to June 24, 2018.