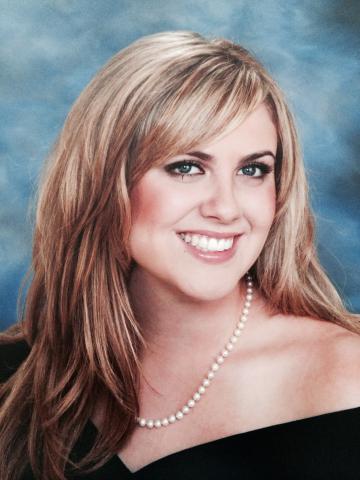 At 24 years old, Jordan Archer has completed educational goals that many only dream about.

Following her graduation from San Benito High School in 2008, Jordan attended U.C. Berkeley and double-majored in sociology and American studies. After receiving a bachelor's' degree, she found herself headed to Boston, to one of the country’s top universities: Harvard.

On May 28, the ambitious young woman earned a master's degree in education policy and management from the Ivy League school.

Mary Jane Archer, a Hollister resident and Jordan’s mother, beams with pride when speaking of her eldest daughter—and her two younger daughters as well.

“Jordan’s one of the most kind and driven people I know,” Mary Jane said. “And she cares so much about the world.”

That concern for those around her is what led Jordan toward a focus on educational policy. When she started graduate school, Jordan, who attended elementary school at Sacred Heart Parish School, said she thought she’d work in policy at the state or national level, but now feels there are other avenues for educational reform.

“I’m particularly interested in how philanthropic money influences education reform,” Jordan said. “I want to expand access to and the affordability of post-secondary education, either working on a college campus or at a grant-giving foundation. I’d like to work directly with nonprofits, helping them become more effective.”

When she graduated from SBHS, she received several scholarships to pay for her first year at U.C. Berkeley that, in turn, helped her reach her educational goals. But her first year away at college was far from easy.

“Berkeley’s students outnumber Hollister’s total population, and I often felt overwhelmed and out of place,” Jordan said. “But when I went back to school sophomore year, I resolved to get involved in student activities and eventually became president of my sorority and involved in several volunteer groups. I found a clear purpose and group of friends that I remain close with to this day.”

At Harvard, Jordan said she knew she needed to immediately get involved and create a similar network of friends.

“I joined several committees and found a group of like-minded fellow students who became my biggest supporters,” she said, and added that friend and fellow SBHS alum Brian Rocha started at Harvard Business School at the same time.

“It was great to have another Baler on campus who understood what it was like to transition from tiny Hollister to Harvard.”

Mom Mary Jane said though her daughter is intelligent, she is also humble.

“I think Harvard was always an unspoken dream for Jordan,” she said. “She never really talked about wanting to go; probably in case she didn’t get in.”

Jordan, who said she “loves going to school,” plans to continue on into a Ph.D. program—perhaps in the next three to five years.

“I definitely need a break from studying for a bit,” she said. “I’m currently job searching. I plan to stay in Boston for a few more years, so I’m searching here, but would move closer to home for the right opportunity. Though I change my mind pretty regularly, I think I’m most interested in working at a national foundation, such as The Gates Foundation, on education reform.”

Hollister—which Jordan still considers home—was “a wonderful place to grow up.” She said there were times, when she was younger, that she felt stuck in the small town and she understands if other Hollister youth occasionally feel the same.

“In retrospect, I’m so grateful to have spent 16 years of my life in a small, close-knit community,” she said. “I received a great education and am still close with my childhood best friends.”

The Ivy League graduate—who attributes her acceptances into Berkeley and Harvard to both her passion for leadership and involvement in student government—suggests students participate and figure where their interests lie.

“My advice would be to find a passion, whether it is student government, algebra, basketball or dance, and follow it,” she said. “Figure out what you really, deeply care about and make it work for you.”

And though her passion led her to Berkeley and Boston, Jordan said to keep an open mind and follow that enthusiasm.

“It might take you out of Hollister, or you may realize that your purpose is best served right here in your hometown.”