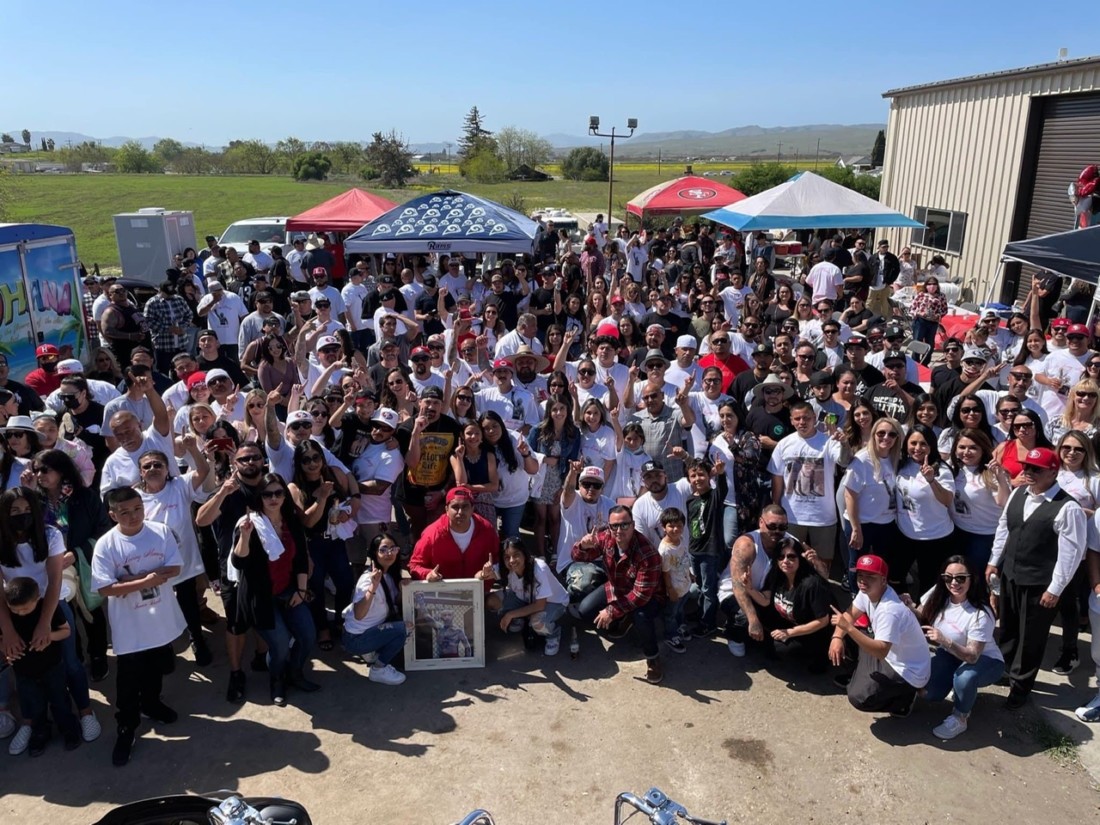 Over one hundred people gather at the celebration of life event "One More Round" in memory of Adolfo Davila Jr. Photo courtesy of Beatrice Soto. 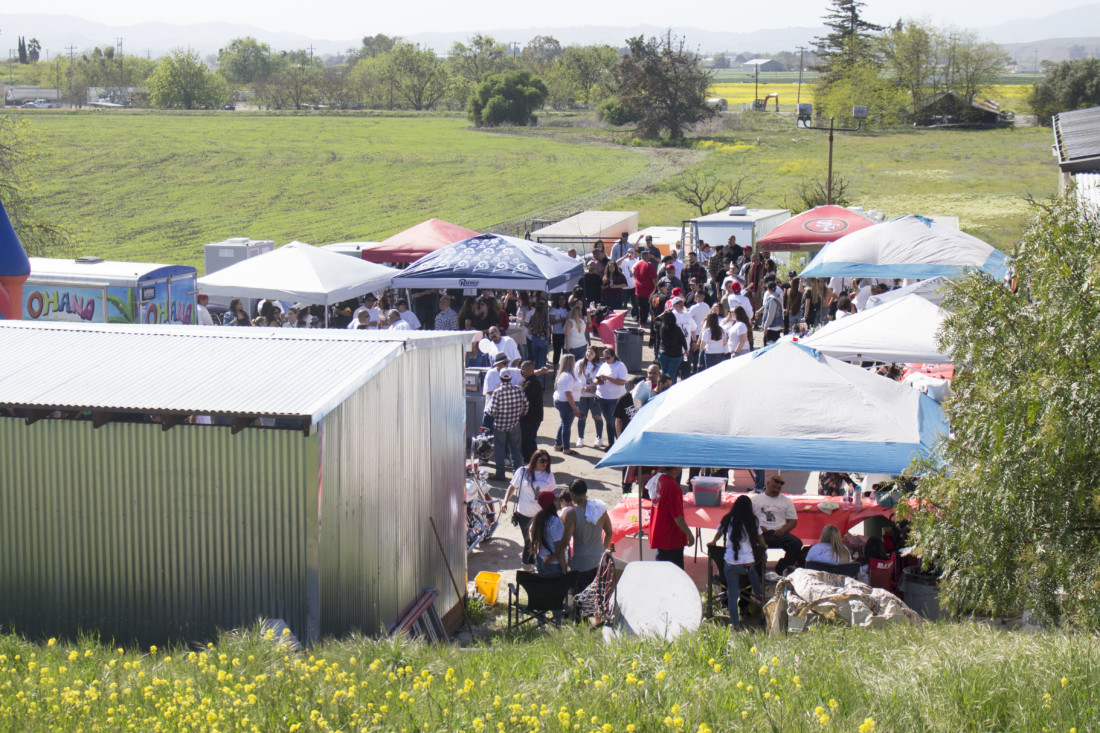 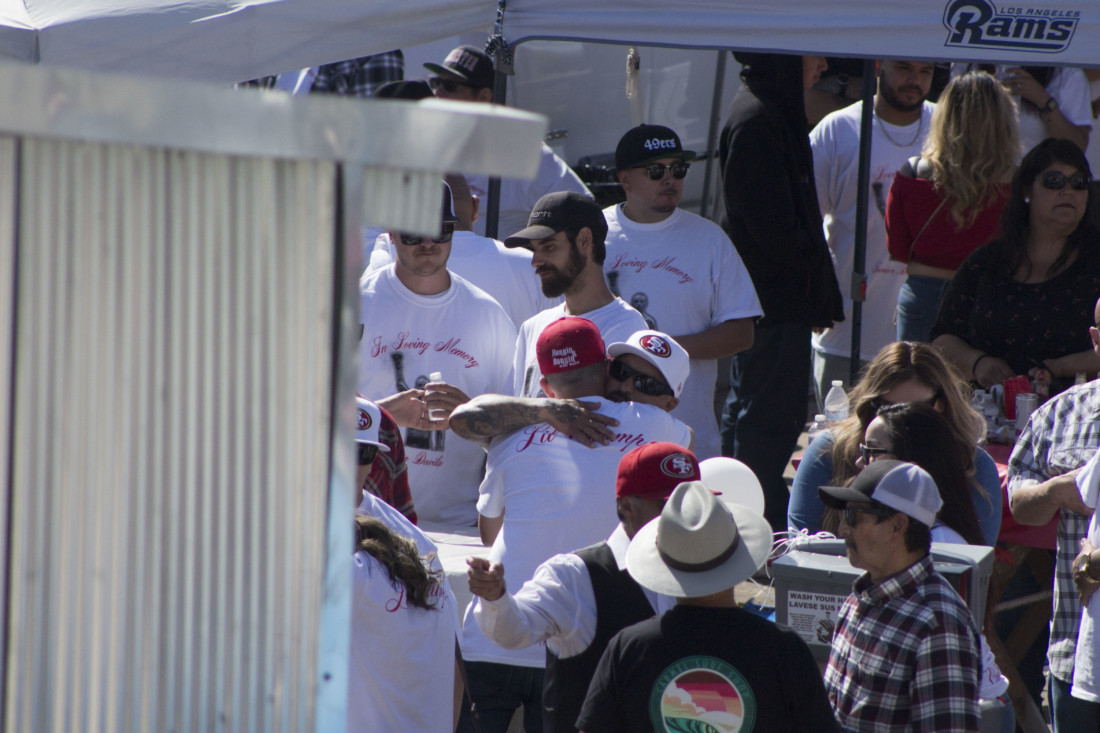 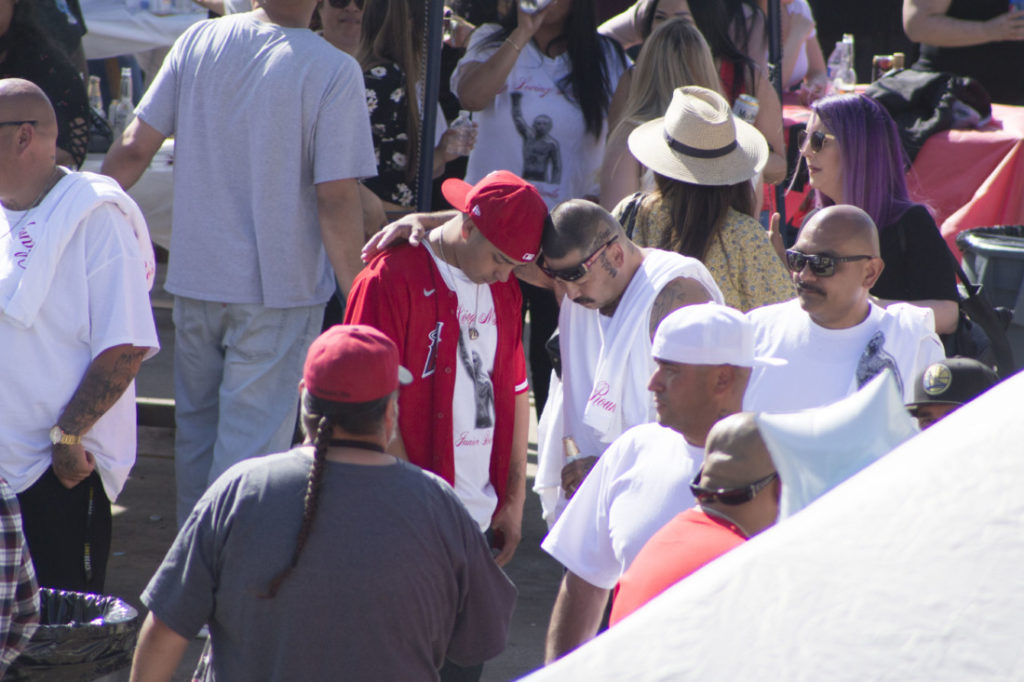 Anthony Davila, brother of Adolfo Jr., (wearing a red baseball jersey and hat) is embraced by his step father Mario Sanchez during the celebration of life event. Photo by Noe Magaña.
×

On April 10, a celebration of life was held for Adolfo Davila Jr. Davila, 28, was killed minutes after midnight on April 5, when he stepped out of a car he was riding in as a passenger and was met with gunfire on the 1300 block of McCloskey Road in Hollister, according to the San Benito County Sheriff’s Department.

“Junior” Davila was transported to Hazel Hawkins Memorial Hospital where he was pronounced dead a short time after arrival.

Over 100 people attended the April 10 event called “One More Round” in reference to Davila’s lifelong commitment to wrestling as well as a budding career in mixed martial arts fighting.

Family, friends, former coaches and teammates attended the event which was held to celebrate Davila’s life and to raise money for the son he leaves behind, 7-year-old, Ryker James Davila.

A tri-tip lunch was served as well as Ohana shaved ice while event organizers held raffles for an assortment of prizes.

The event included entertainment from DJ Ness on the turntables as well as jump houses for the kids. There is a Go fund me account accepting donations.

Chris Evans, one of Davila’s former coaches in attendance, said, “A common theme that I kept hearing was that Junior would have loved seeing everyone there together, and he’d be right in the middle, loving it up! The kid had one contagious smile and a special energy about him. He was a special person. This one hurts.”

Another former coach, Steven Salcedo, said, “It was really nice. Many of Junior’s friends, relatives, and old former teammates were there. Local businesses donated items and there was a raffle and t-shirt sale to raise money for his son.”

Davila’s shooting is an active criminal investigation and anyone with information is encouraged to call the San Benito County Sheriff’s Office at 831-636-4080 or email Detective Jason Leist at [email protected].