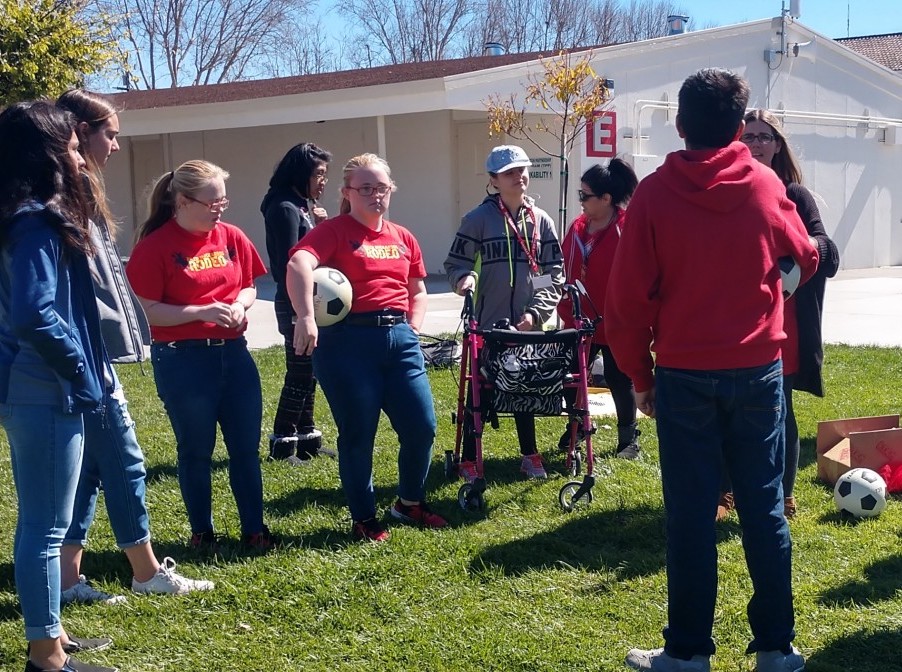 Spring is near, which means the fields at San Benito High School are full of young athletes practicing for the upcoming season.

The school’s gifted soccer team spent March 13 getting ready for their next game. Teacher Tania Sauer told BenitoLink the gifted sports program, which started last year, is popular with students. Sauer made it clear that all of them are there by choice. A gifted cheer team that encourages the players during games, is also available.

“It is cool to see the kids get reactions from their fans,” Sauer said. “It promotes healthy habits.”

Team members are excited about their sport and play in uniforms donated by Salinas Auto Sales. SBHS junior George Guerrero said it doesn’t matter to him if he plays defense or offense, but what he likes best is to score. He did so several times during practice.

Political science teacher and BenitoLink reporter Becky Bonner coaches gifted soccer at the high school. (Bonner is a regular reporter for BenitoLink.) She noted that some members of her girls’ varsity soccer team help coach and assist the gifted soccer team, adding that the team was instrumental in getting the gifted team started.

Bonner coaches the team during her off-block, as do the student coaches. She said it is “really a positive atmosphere. I really love working with the student population.”

Senior varsity soccer player Samantha Bloom coaches and assists the gifted sports kids on the field and was out at the March 13 practice.

“It is great to have all this inclusion in our school,” Bloom said. “This way, the kids get to be on a team and play like any other student.”