Local businessman will fill council seat vacated by Roy Sims, and will serve the 18 months remaining on the term 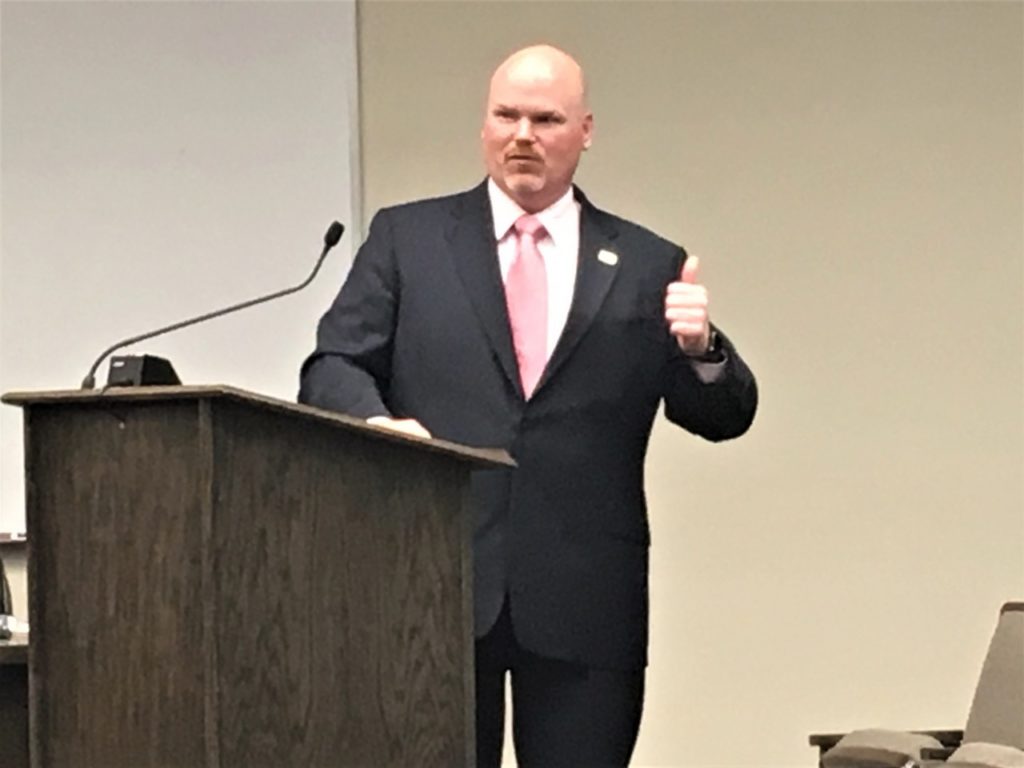 When it came his turn at the podium to answer questions from the council, Gillio was asked by Councilman Karson Klauer how he would  facilitate or foster economic growth and development in the city. Gillio responded that was the most important aspect of being a councilmember.

“We need to provide a vision for economic growth within the city, and also work with the county to foster that growth,” he said. “Specifically, I would meet with local businesses, which I’ve already done in preparation.”

Gillio said his membership in the San Benito County Business Council, the Chamber of Commerce, and the Rotary Club have added to his experience in working with the city and owning a small business. Mayor Ignacio Velazquez then told him that the city’s General Fund is the source of funds for many of the projects the council approves, and then asked him, “Hypothetically, if the city were to generate an extra $500,000 in revenue, what would you suggest the council do with it?”

Gillio initially answered that there are many competing needs in the city. He said he recently attended an Intergovernmental meeting and knows that Calaveras Park has a need for $500,000.

“I know there’s about $2 million in the park impact fund,” he said. “I would prioritize that toward parks. Knowing what I know about the business and budget of the city, I think there are sufficient funds to cover a lot of ideas. As far as public safety, I know that you have fire negotiations coming up and police negotiations, as well. Everything is important, but I know there’s no park in District 3, so if we had that ability to put that money toward parks, I think that would give you the biggest bang for the buck.”

He added that in the grand scheme of things, $500,000 out of an overall $17.2-million budget is not a huge amount of money, and as long as there are already funds for public safety and fire, spending it on parks would be a good choice.

“I came from another jurisdiction and spent most of my time in public safety in Gilroy,” he said. “Gilroy and Santa Clara County are two separate entities. If you look at our county, Hollister makes up a huge portion in population percentage. If we can work together more effectively with the county, we could potentially get more bang for our buck as far as parks and recreation, and all these different ideas. We (Hollister) don’t have enough money to take care of those, but as a group we can do better.”

Gillio said he believed there are opportunities to welcome more businesses through public-private partnerships. He said that, if chosen, he would hope the mayor would appoint him to sit on the Business Council (since he is already a member) where he could then represent the city. He said one of the most successful business examples the council often talks about is Teknova, which continues to bring good-paying jobs to the local economy.

Councilwoman Mickie Luna asked Gillio how he would address concerns about the city’s infrastructure. He responded that infrastructure was an issue he had been thinking about for a long time. He said he started his business, Central Ag Supply, in February 2016, along Highway 25, north of Hollister.

“Our roads are in some of the worst condition that I’ve seen in quite some time,” he said, adding that he had discussions with those who worked on Measure B in Santa Clara County, where supporters began working on the measure three years before the campaign. “I gained amazing insight at how they passed Measure B. There’s the potential to take another swing at Measure P, working better with the community to make sure they understand they’re funding local roads as opposed to outside roads.”

With the passage of Measure B, there could be opportunities within the next five to 10 years for Hollister to advance both local and state projects.

“(Santa Clara County is) going to redo the (Highway) 25-101 interchange, and from my understanding from sitting on the Business Council, it will come farther into San Benito County than you would expect,” he said. “It’s a huge issue and we should tackle that as soon as possible.”

Klauer got a second crack at Gillio by asking him for three specific goals he would have. Gillio said the first would be economic development.

“I would love to see the amount of professional jobs within the City of Hollister raised by five to 10 percent,” he said. “I would love to work with the council to attract new businesses so residents don’t have to leave every day to go up to San Jose. They would spend their tax dollars here. They would be less of a burden on our roads. I would love to see our public safety enhanced and continue to grow and keep us safe.”

Secondly, he said businesses would not feel safe coming to Hollister if there were not sufficient public safety. He said if a business had to choose between Hollister, Salinas or Los Gatos, they would not most likely choose Hollister. Third, he said he wants to make Hollister a better place to live, work and play.

After he and the other applicants answered the same questions, they waited as each of the three council members announced their three top picks. After three rounds of nominations and voting, Gillio came out on top as the new councilman. He will be sworn in on May 1 before the council meeting, and will serve until November 2018. Velazquez explained to the audience that Gillio was being appointed and would not be considered the incumbent for the 2018 election, but would still have all the responsibilities of office.

After being selected, Gillio spoke with BenitoLink about why he decided to apply. He said he was passionate about the community where he has lived since he was 5 years old.

“This is my home and I care about it,” he said. “I think I bring a unique perspective to the council because I served about 15 years in public service. Toward the end, I was an administrative captain in law enforcement and I have a lot of experience with budgets and working with community groups. I also have a small business, so it’s kind of a dichotomy with the public safety side and the small business side.”

Before declaring what he wants to do upon being sworn in, he said he has to “do a lot of uploading of information, talk to a lot of people and commissions.” He said he has already met with several city department heads, labor and community groups.

“I need to learn a lot to prioritize what’s important for my district,” Gillio said. “It’s not really about me. It’s about what my district wants. I plan on doing some community outreach events to get their ideas.”

He said, at present, it’s too early to contemplate whether he would run for the office in 2018.

“I’m thankful that I got appointed to this position and I want to work hard for 18 months and do the best I can for my district,” he said. “If my district is satisfied with my performance, then that’s something we can evaluate at that time.”