Mayor Velazquez said he’s prevented from naming the company, but that it’s expected to employ upwards of 400 people. 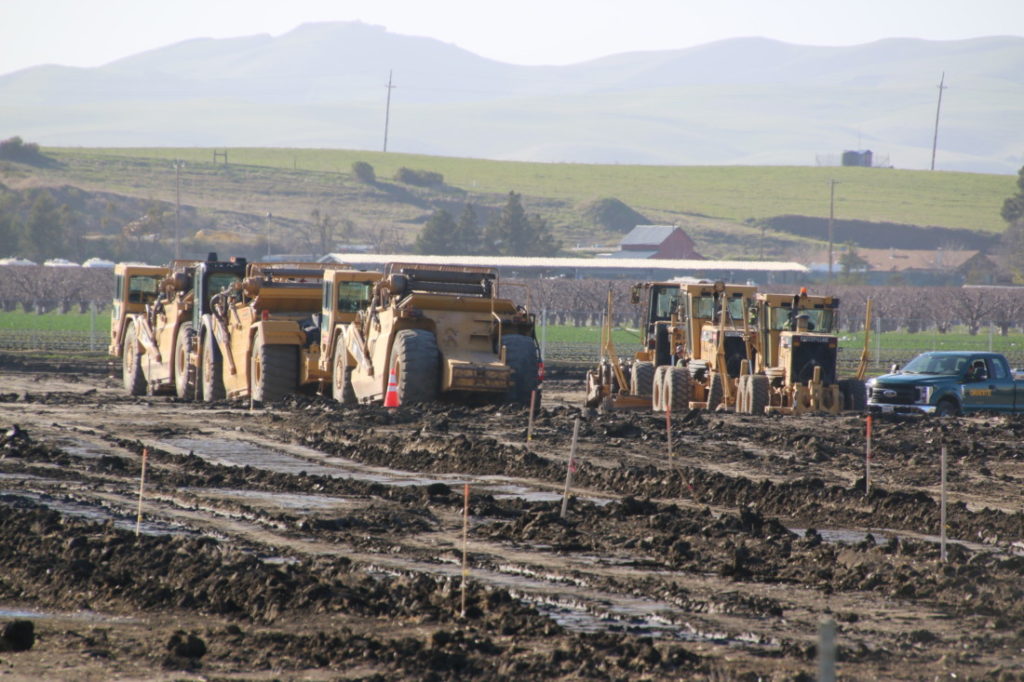 Earthmovers out at a large plot of land south of Flynn Road along San Felipe Road in Hollister. The land is the future site of a package delivery facility. Photo by John Chadwell.
×

For those who have spotted earthmoving equipment tearing up a large plot of land south of Flynn Road along San Felipe Road in Hollister and wondered if more housing was about to sprout up inside city limits, you can stop wondering. It’s not about houses, it’s about distribution.

“We can’t name it yet, but we can say that it will be a parcel-package delivery facility,” Mayor Ignacio Velazquez told BenitoLink. “People will be able to figure it out from that.”

There have been rumors for a number of years that a major employer with a distinct logo on its products was thinking about setting up shop in Hollister. And while Velazquez said he was prevented from naming the company, he could say that it’s expected to employ upwards of 400 people.

The 129,000-square-foot distribution center is slated to be completed and operating by September.

He said the developer took the project through the normal process with the city planning department, but the fact that a global delivery company was in the mix wasn’t mentioned. He said the company had considered building in Gilroy, but Hollister had the infrastructure already in place and environmental impact studies had been done a number of years ago.

Brett Miller, city manager, wouldn’t comment on what was taking place at the property, but said there would be a groundbreaking ceremony in two weeks.