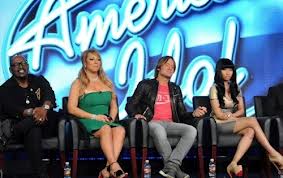 Hollister teen Jesaiah Baer was chosen to go to Hollywood this week on the reality show American Idol. The 16 year-old San Benito High School student has been singing since she "was in the womb" and showed some real stage savvy when a fire alarm went off right in the middle of her audition.

"Three seconds into my song, the fire alarm started and we all had to be escorted out," she said. "But it kinda made me less nervous about things."

She sang "Settle Down" by Kimbra and was praised by all four judges for her voice. Baer credited her parents for always being supportive and putting her into singing lesson at age 5.

"I am unique and I have something to put on the table that people haven't really seen before. I got to this level, I hope I get farther," she said.

The website Holloywood.com credited Baer with saving the show this week. "… talented Jesaiah Baer and her jazz voice and penchant for scatting are washed away by a false alarm in the ship's kitchen (though it seems like some body made an intern pull the fire alarm because the judges weren't fighting enough). Despite the evacuation of the Queen Mary in the middle of her audition, the jazzy little lady is sent through to Hollywood, though I'm still focused on her brilliant choice to sing Kimbra, a lesser-known Australian import. Good on ya, Jesiah (as the Aussies say)."