Wearable technology has some skeptics, but interest abounds 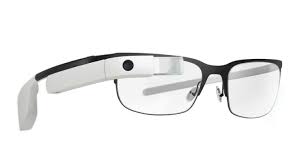 X-ray vision, reading someone’s mind, telepathy. These are the things Google Glass can’t do for you. It’s time to smash some of the common misconceptions that surround Google Glass, a computer that can be worn like eyeglasses.

Google’s description of the product gives a feel of what to expect: “Google Glass is a wearable computer with an optical head-mounted display that is being developed in Project Glass research and development unit. Google Glass displays information in a smartphone-like hands-free format that can communicate with the internet via natural language voice commands”

With an Android4 Operating System and a 640×360 pixel display, it seems to be simplicity at its finest. But as Apple has taught us, simplicity has a high price tag. The “Explorer” model of the Google Glass goes for $1,500 and the “Consumer” models are less than that, at a price still not announced.

Though it seems like a lot of money to shell out for an iPhone that you wear on your head, it is much more than that. It is a completely user-friendly computer that recognizes you and your lifestyle. Those in business can check flight times and graphs during meetings. Chefs can check recipes while cooking. Fitness enthusiasts can design work out schedules and check their vitals to make sure they’re not pushing themselves too hard.  It’s also a step into to military uses. It could be the first H.U.D. (Heads Up Display) used by soldiers in combat, to get precise orders in the heat of battle.

Google Glass is not without flaws; its text-to-speech technology that reads your voice and translates it into commands only has a 60 percent success rate. Its lithium polymer battery is not as comparable to the iPhone 5S’s as you would think, and with it being completely app based Google controls what you do on it and will do in the future.

San Benito High School junior Anders Kempanin said, “It’s stupid to think something as expensive and user handicapped as Google Glass will have a good reception.” And junior Kyle Subia said the product’s current price is “Outrageous for how simple it looks.” But other students expressed interest in learning more about the new technology.

It is no flying car, but it surely should be considered a step in the right direction and a glimpse into The Land of Tomorrow.

– Cody Burrows is a staff writer for The Baler newspaper at San Benito High School.