Daughter Collette Cowger asked the SJB Historical Society to post Lolita Anzar Lizotte's obituary, as she lives out of the area 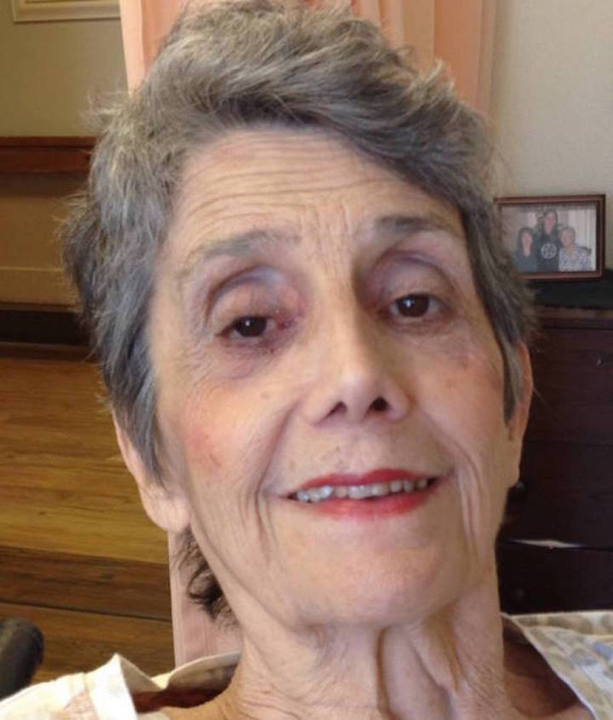 On Nov. 8, 2015 Leslie David posted the first in a series of "Legacy of Women" stories about notable women from San Benito County history recognized for their beneficial contributions to San Benito County. That article featured Mariquita Zanetta Breen Anzar and is a fitting segue to what follows:

Lolita Anzar Lizotte, granddaughter of P.E.G. Anzar and Mariquita Zanetta Breen Anzar, died peacefully at the age of 83 on March 26, 2016, at her care center in Roseville, Calif.

Lolita Anzar was born in Santa Cruz to Francis Beckett Anzar and Violet Lillian Hunt. Both of her parents were from well-established California families. Her father’s family is well documented in California history books. They originally settled in the area prior to California’s statehood and took residence in San Juan Bautista. Lolita’s grandfather, Policronio Escolastico de Guadalupe (PEG) Anzar was one of the earliest settlers of California and a land baron of San Benito County. His wife, Mariquita Zanetta Breen Anzar, grew up in the San Juan Bautista Plaza Hotel, which was owned by her parents along with the Livery Stables and later the Plaza Hall, now included in the San Juan Bautista State Historic Park. Married for fifty years, they raised twelve children together.

Lolita’s mother’s family established their roots in Santa Cruz. Her great grandfather, Sedgwick Lynch, made his fortune in the gold fields of California, built the Santa Cruz wharf, and would eventually build the Lynch House in Santa Cruz. This historic building overlooking the Pacific Ocean on West Cliff Drive is where Lolita was born; it is now the West Cliff Inn, not far from the Santa Cruz boardwalk.

Her parents raised Lolita, her older brother Eugene (deceased), and youngest brother Guadalupe (Lupe) in La Honda, California. She graduated from Pescadero High School in a class of six. Lolita ventured away from La Honda after high school graduation and became a hat model in San Francisco.

One evening, she attended a dance in Palo Alto with a friend. There she met William Lizotte, who was stationed at Moffett Field. He asked her to dance and during the dance he asked, “Will you cook dinner for me?”  She replied, “I’m used to men taking me to dinner.” They married in 1954 and took up residence in Palo Alto, California, where they raised four children: twins Michelle Simon and Collette Cowger, Mark Lizotte, and Tami White.

At a very young age Lolita was diagnosed with multiple sclerosis.  However, she persevered, never complained, and with the help of her family, she lived a normal life.  She was an active member of her local Catholic church, volunteering at the church as a Eucharistic minister and guiding catechumens. Cousin of San Juan native Mary Anzar who works in the Mission Gift Shop, Lolita often was a docent for her children's 4th grade field trips to San Juan Bautista.

A Catholic funeral service will be held at St. Thomas Aquinas Parish in Palo Alto, to be followed by an internment at Alta Mesa Cemetery, where she will be buried next to her husband Bill.  Her service will be Tuesday, April 5 at 10 a.m.

Her wit, class, and spunky attitude will be very much missed by all.  However, her California history and legacy will continue to live on through her wonderful extended family.

"At San Juan Bautista there lingers more of the atmosphere of the olden time than is to be found in any other place in California." ~Helen Hunt Jackson, author of the book Ramona.