Police from several jurisdictions assisted Hollister Police in the execution of two search warrants. Multiple guns and drugs were recovered in the searches. 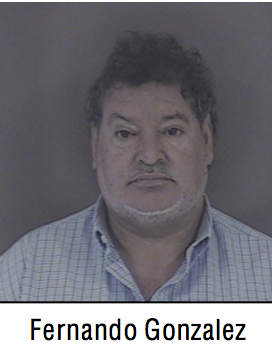 Officers from the Hollister Police Department have been conducting an investigation stemming from the arrest of two individuals for gun charges on December 30, 2013. (Press Release #13-098) The investigation led officers to two homes in Hollister. Hollister Police Officers were able to obtain a search warrant for a home on the 1200 block of Mariposa Court and a mobile home in the Mission Oaks Trailer Park. at the home in the Mission Oaks Trailer Park. Fernando Ruiz Gonzalez (55) was arrested and transported to the San Benito County Jail. He was booked for possession of illegal/restricted firearm. If anyone has information related to this investigation you can contact the Hollister Police Department at 831-636-4330. Persons wishing to remain anonymous may call WeTip at (800) 78-CRIME. Information provided to WeTip may qualify for a reward.