CFO explains Plans B and C to keep the hospital’s doors open. 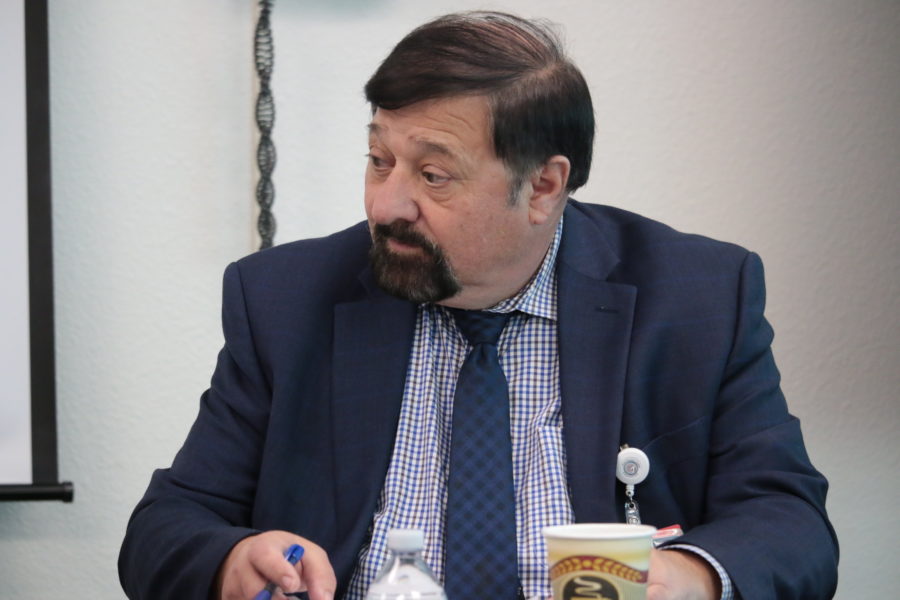 CEO Ken Underwood thinks it's unlikely the healthcare district won't be designated a Critical Access Hospital, but says plans are in place to keep it operational if the certification is denied. Photo by John Chadwell. 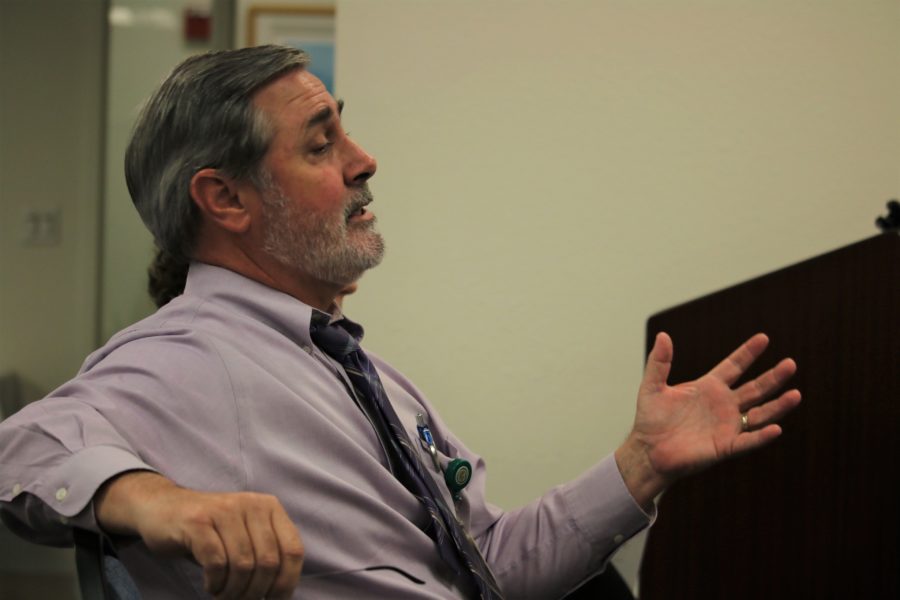 CFO Mark Robinson said if the hospital does not receive Critical Access status, its future is at risk if another solution is not found. Photo by John Chadwell. 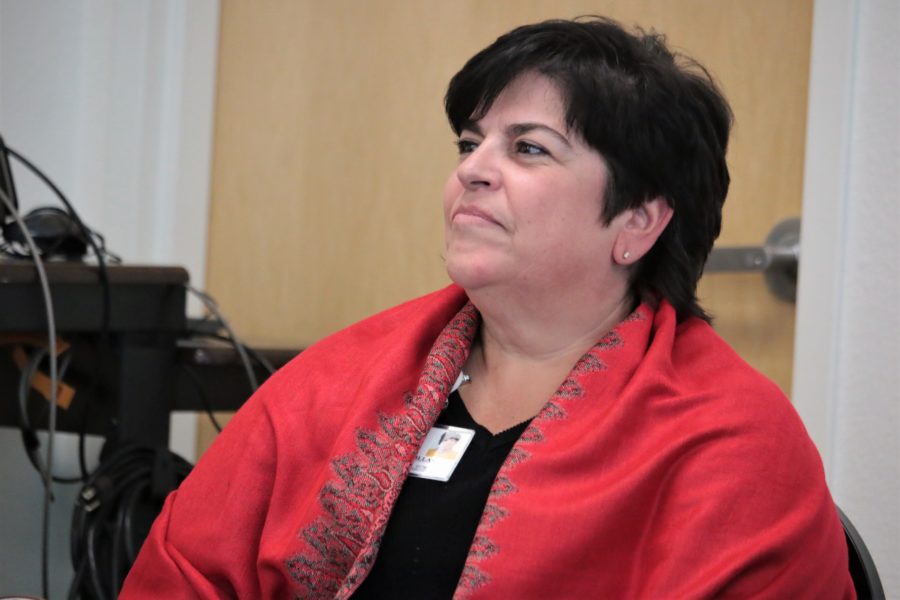 HHH District board member Mary Casillas learned about the district's possible future at a Nov. 21 meeting. Photo by John Chadwell.
×

Hazel Hawkins Memorial Hospital board and staff are anxiously awaiting word on a new designation that could improve the facility’s financial health.

On Nov. 21, Robinson reported there had been progress toward certification, but that the final determination was still over a month away.

“What is Plan B?” asked hospital board member Mary Casillas.

“This is Plan B,” Robinson said, “and Plan C is the ugliest tool in the tool box.”

Robinson’s meaning was clear to the board: The hospital’s leadership was unsuccessful in its attempt to partner with Salinas Valley Memorial Healthcare Systems in 2018, and if Hazel Hawkins fails to gain critical access certification—which could bring in $6 million in Medicare payments annually—the hospital’s future might come down to the voters.

Robinson told BenitoLink that the latest step in the process to gain critical access certification was for the California Department of Public Health to inspect and verify that the hospital had reduced the number of beds from 45 to no more than 25. He said he worked with the nursing and engineering departments to determine which beds could be removed. Robinson said on Nov. 21 that Hazel Hawkins did in fact remove the beds.

The federal government determined years ago that 25 or fewer beds is the maximum for a hospital designated as a critical access hospital, Robinson said. This places hospitals in a Catch-22 situation because Medicare payments are lower than the cost of running a hospital, but if a hospital reduces the number of beds in order to qualify for critical access certification, Medicare will pay them more (in Hazel Hawkins’s case, about $6 million annually).

The hospital expects to receive a letter from the public health department affirming it passed inspection, Robinson said. If the hospital passes inspection, the critical access application will then move on to the Centers for Medicare and Medicaid Services for approval or denial.

If the certification is denied, one possible Plan C would be to lease the hospital to another healthcare organization or facility.

“The benefit of that is someone with deeper pockets would lease your hospital for 30 years and hire your employees,” Robinson said, adding that a Chapter 9 bankruptcy was also an option. “It’s an ugly option, but as we go through the list of options, if no decision is made by the board, that can be out of your control and a bankruptcy judge will have to sort things out.”

If the hospital were to be leased, the board would most likely be retained to oversee its operation, he said.

“The board doesn’t go away because it’s working on behalf of the public. If you were to do a lease, that would be brought to the public for approval. Because we’re a [healthcare] district, the public has a say. The choice is someone leases the hospital or you close,” said Robinson.

That is why the critical access designation is so important to the hospital’s survival, he said.

“If you’re a critical access hospital, the government’s reimbursement helps you stand alone,” he told BenitoLink. “Critical access makes the most sense. It’s the reality of healthcare.”

The world of medicine has changed, he said, comparing it to how Amazon has affected brick-and-mortar retail stores. He noted that big medical facilities are expensive to operate and are being “encouraged” to reduce how long patients remain in the hospital.

The Centers for Medicare and Medicaid Services “is pushing for outpatient procedures,” he said. “The market is changing rapidly and physician groups are being bought up all the time. I don’t think we’ve had a standalone doctor here in 12 years. These younger physicians aren’t Marcus Welby. They like to say ‘I punch a time clock. I’ve got benefits and healthcare, and I work basically as an employee. That’s the life I want.’ So, it’s not only the market, it’s the makeup of the providers.”

Hazel Hawkins CEO Ken Underwood told BenitoLink on Nov. 20 that it was unlikely the Centers for Medicare and Medicaid Services would deny the hospital critical access designation. But if it did, he said the management team had assembled several proposals to ensure the district’s sustainability.

Robinson said if it came down to trying to lease out the hospital, requests for proposals would be sent out to potential partners. This is a similar strategy to the one that failed in 2018.

“In Plan A we were looking at more of a joint venture that didn’t happen,” he said. “Ken still has the list of people we reached out to. Our intent would be to find out if someone sees the value in leasing us. Unlike the joint venture, it would go to the voters.”

Hospital board in knots over search for management company

No bailout yet for Hazel Hawkins Hospital 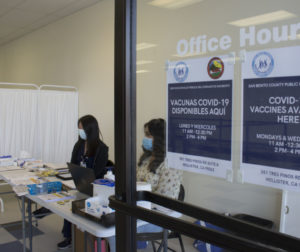 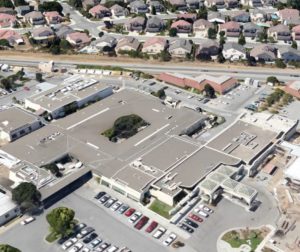