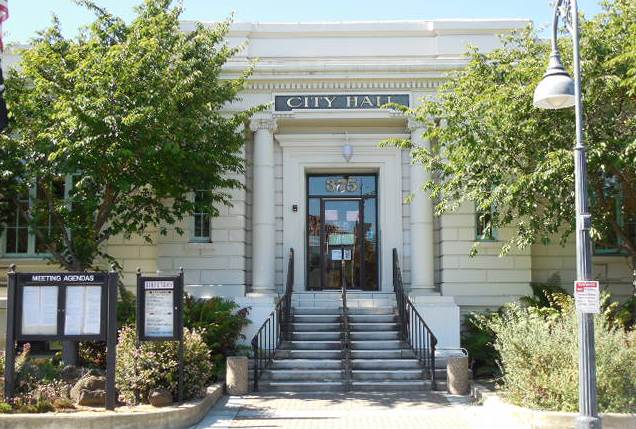 A controversial plan to consolidate Hollister Police and the San Benito County Sheriff’s Department is dead.

The proposal, a lynchpin in Hollister Mayor Ignacio Velazquez’ election campaign last fall, died at Monday night’s Hollister City Council meeting on a 3-2 vote. The vote came at the end of a meeting that stretched to nearly three-and-a-half hours, one that was punctuated with impassioned pleas both for and against the proposal, and a few sharp words among council members.

The meeting was also the most significant challenge to Velazquez’s aggressive campaign agenda. The local businessman was elected as Hollister’s first mayor last November on a campaign that promised sweeping reforms, a new commitment to efficiency and broad hints about a few staff changes in City Hall.

Since then, City Manager Clint Quilter and City Attorney Stephanie Atigh have both tendered their resignations. Atigh’s last day is Thursday, and Quilter will remain until mid-July. The city and the county also have crafted a consolidation agreement for fire services.

But Monday’s council meeting served up a platter of setbacks to Velazquez’s plans. Before the council abandoned considering law enforcement consolidation, Velazquez urged that the city conduct outside recruitment for an interim city manager. The council elected to keep the interim appointment in-house while simultaneously beginning recruitment for a permanent hire. The majority of the council opted to begin recruitment for a full-time city attorney, rather than exploring an option for contract services.

In what appears to be an emerging schism, the council split along the same lines over each matter. Councilmember Robert Scattini sided with Velazquez while Councilmembers Ray Friend, Victor Gomez and Pauline Valdivia formed the majority bloc.

It was early in the discussion when the usually taciturn Friend delivered a stinging rebuke that appeared to be aimed directly at Velazquez.

Quilter had just finished a report in which he urged that the council move quickly to begin discussion about a salary range for his replacement and to make a decision about the direction the city will take for retaining an interim city manager.

“It’s a shame we’re doing this to fulfill a campaign promise, and that’s what it is,” Friend said. After noting that many of the proposals that have come before the council recently have been aimed at saving money, he delivered a broadside: “We’re really saving money now. We’ll be spending three times as much.”

Velazquez was quick to suggest that the city go to the League of California Cities to seek an interim city manager, because the most likely candidate, Hollister Development Services Director Bill Avera, is busy enough already.

Gomez replied with a motion to make the interim manager’s appointment from city staff and to begin recruitment for a permanent replacement immediately, and the motion passed along the solid 3-2 split that carried through the meeting.

Soon after discussion of how to proceed in replacing City Attorney Atigh, tempers flared. The council approved appointment of an interim attorney for up to six months at a prior meeting. The issue at hand was whether to begin recruitment, or to wait to consider opting for contract legal services. Scattini proposed a committee comprised of representatives from a number of regional cities employing contract services.

Velazquez replied that Gomez’ figures are “in no way factual.”

“You’re accusing me of being a liar!” Gomez shot back.

Again, the motion came from Friend, and again, it went against the mayor’s will. The motion was to start recruitment of a city attorney as soon as possible. Again, a 3-2 vote was the result.

It was only then that the council began discussion of the proposal that had filled the council chambers – consolidation of law enforcement services.

Quilter suggested that it would be prudent to wait to see how the move to fire consolidation works, and to ensure that adequate city staff is in place to administer what he described as a very complicated change.

Velazquez said that no decision has been made, but that an opportunity to gain police services while saving money deserves serious consideration.

Friend’s reply: “It’s tine to put this to bed. There’s no savings. It’s not a win-win situation. It’s lose-lose. We need to hire a police chief, a fire chief, a city manager and a city attorney. It’s time for the city to keep its police force.”

Friend was the first to refer to a study that people – both for and against the proposal – returned to throughout the discussion. A prior proposal to combine law enforcement services produced a study by an independent body that revealed, at best, very modest savings. The 18-month-old report brought the council and the county to abandon the idea, which was only brought back to the table subsequent to Velazquez’ election.

“The study concluded this,” Gomez said. “There would be limited cost savings benefits to pursuing this agreement. These are the facts. The facts are before you. You’re going to keep asking for that study over and over and ove again until you get the results you want.”

“I don’t believe in being reactive. I believe in being proactive,” Velazquez replied. “In a few years we’ll be back to the voters with our hats in our hands begging for money. I want everybody to know that when there’s a potential to save $2 million by asking a question.”

Friend proposed pulling any discussion of consolidation off the table for three years, but withdrew his motion when he was told there were members of the public who had asked to speak. A string of speakers – many of them senior staff at the Hollister Police Department – followed.

Among them was Carol Lenoir of Hollister, a longtime Hollister employee who is now retired. “It seems kind of suspect the county would come up with a proposal right now because they’re broke,” she said, referring to the county’s own difficulties. The sheriff’s office has experienced deep staff reductions since the report that recommended against consolidation was published.

Friend re-tendered his motion, but this time, he did not include a time when it could be renewed. His motion was only to abandon all discussion of law enforcement consolidation, which brought an immediate second from Gomez.

Velazquez asked for a roll call vote, but the outcome was predictable: Friend, Gomez and Valdivia cast the ayes with Scattini and Velazquez dissenting.