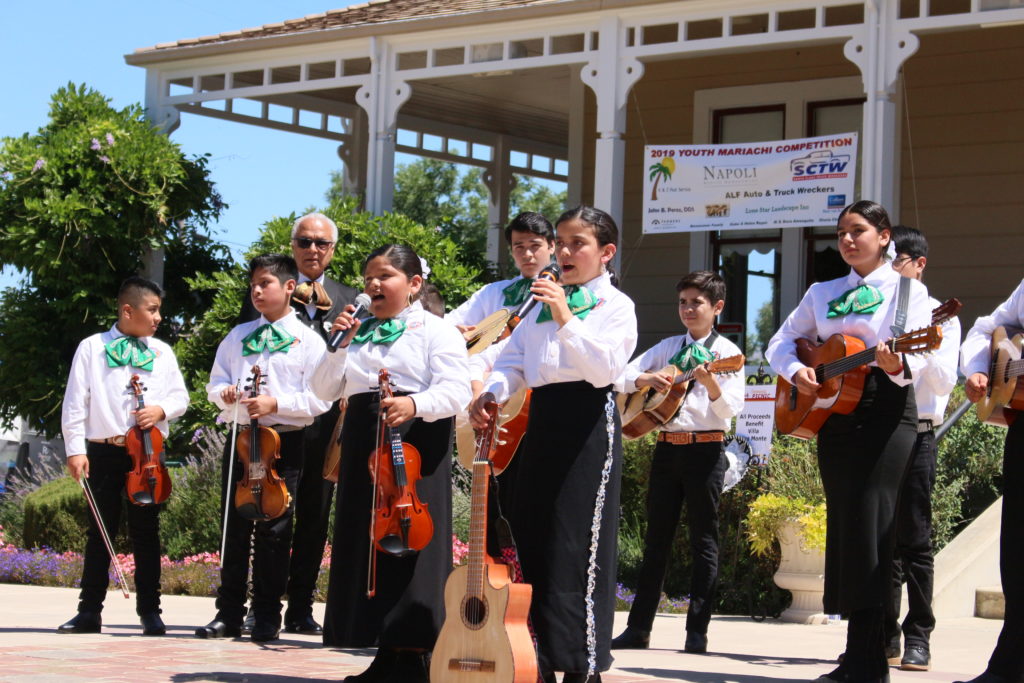 This was the first competition the local youth mariachi group has participated in after forming six months ago, mariachi instructor Lucy Rodriguez said. The group’s members are residents of Hollister and Gilroy and range from five to 15 years old. Some members also participate in Grupo Folklorico Juvenil de Hollister, another folklorico group managed by Rodriguez.

“I think they did a wonderful job,” Rodriguez said.

Though the academy was founded in 2004, a new group was formed after the previous members moved on, Rodriguez said.

Julian Ireta, 16, said he joined because he wanted to learn about music. He plays guitar and wants to learn the violin and trumpet as well.

“Playing a song and then people clapping and cheering for you, it just brings joy to one’s soul,” he said.

Tigres del Norte member Oscar Angulo presented both groups with individual trophies. Mariachi Orgullo Mexicano will receive an engraved first place trophy in the near future. Morgan Hill Historical Society board member Kathy Napoli said that after the Community Picnic date was moved from July 13 to July 20, four mariachi groups pulled out because of a state competition the same weekend. Rodriguez said that not only is competition good for the children to measure their abilities, but it also encourages them to continue improving as they see other children their age showcase their talents. The youth also learn to keep their root culture alive through the music.

Cristian Juarez, 9, said he started playing guitar because he thought it was fun. While the July 20 competition was a new experience for him, he still enjoyed it.

“There was a lot of people here and normally we don’t play in a big crowd,” he said.

Despite sensing the group was a little nervous playing for a big crowd, Delilah Rodriguez, 10, said the group did “pretty good.” Her favorite part of the competition was performing “Los Laureles” because she got to sing it. The group also performed “Mexico Lindo y Querido” and “Amor Eterno.”

“We want the community to feel that they are welcomed here,” she said.