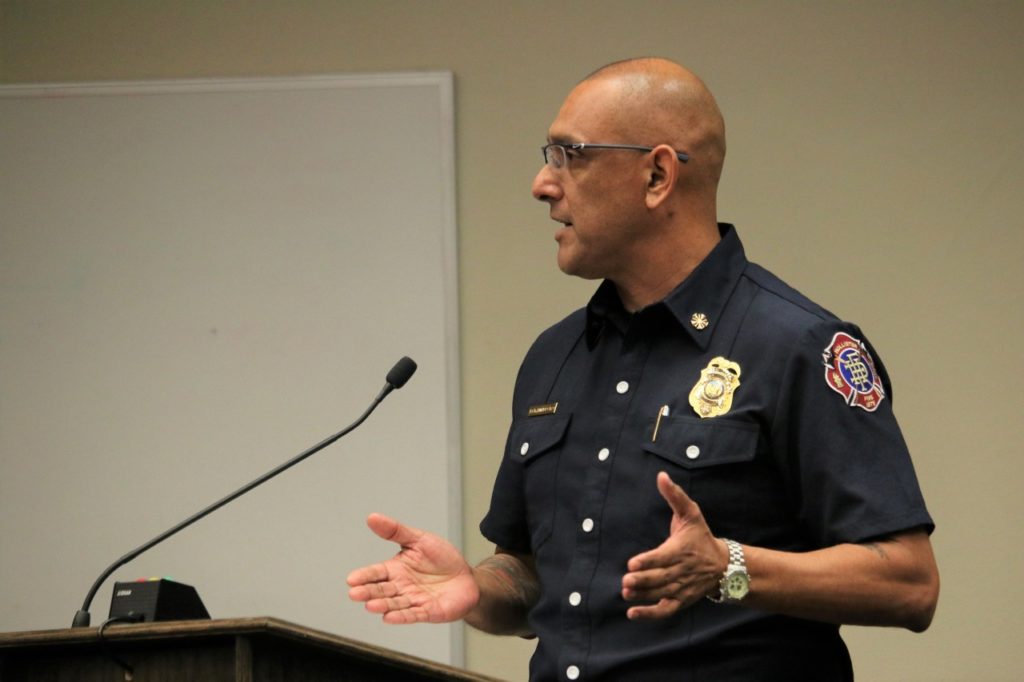 One of the pieces of Hollister city business that might have slipped by without much notice during the April 17 council meeting came to light when Councilwoman Mickie Luna questioned Fire Chief Bob Martin Del Campo why four fire engines cost nearly $1.6 million.

“When you look at the amount, it kind of shocks you because it’s a very large amount,” she said as she posed the question after pulling the item for discussion from the consent agenda.

“It is,” Martin Del Campo agreed, “and that’s why we’re financing them over 10 years. We’re looking at financing 2.84 percent. The annual payment will be about $166,405. What that does is ensure that the initial purchase isn’t going to shock our reserve funding. It also gives us longevity in the warranty, so if something happens we can take it back to the manufacture.”

The chief said the city would be buying the rigs through the National Joint Powers Alliance, a co-op of vendors and manufacturers that have been vetted by an 18-step process that ensures local and federal governments receive the best value for the money. First Capital Equipment Leasing Corp. will provide the funding. The purchase involves two type-1 fire engines and two type-6 engines. The type-1 engines would be used for structure fires and provide medical aid, while the type-6 engines are adept in fighting fires in rural areas.

Councilman Raymond Friend commented that fire engines don’t last 10 years. Martin Del Campo said 10 years is normally considered the maximum lifespan for a fire engine. He said the purchase would ensure the city had a well-equipped fleet. Friend added, however, that he was concerned that if fewer than 10 years down the road a truck needs to be replaced, it might result in the city having to pay for a new truck, as well as the old one.

“With $166,000 as opposed to $1.4 million, it’s a better alternative,” the chief responded. “Right now, it’s an industry standard for municipalities. Not that we’re trying to do what everybody else is doing, but it’s a proven system that works.”

Martin Del Campo reminded the council that two of the current rigs are more than 12 years old, so they had already surpassed the accepted maximum age for a fire truck. He said this was possible because the firefighters take such good care of them. He explained the lifespan of a fire engine is determined more by the hours they are used, rather than miles driven.

Brent Miller, administrative services manager, told the council that when Award Homes breaks ground on its 677-unit project along Fairview Road, some of the mitigation fees it pays would be directed toward paying down the debt for the fire trucks. Mayor Ignacio Velazquez wondered if it was possible to pay the debt off early because he was under the impression the contract was a lease rather than a purchase. Miller said it was not a normal business lease because the city could buy the vehicles for $1 at the end of 10 years.

The resolutions was unanimously approved without any public discussion.