After two Hollister council members and the city attorney recused themselves, three remaining members turned down appeals for cannabis permits. 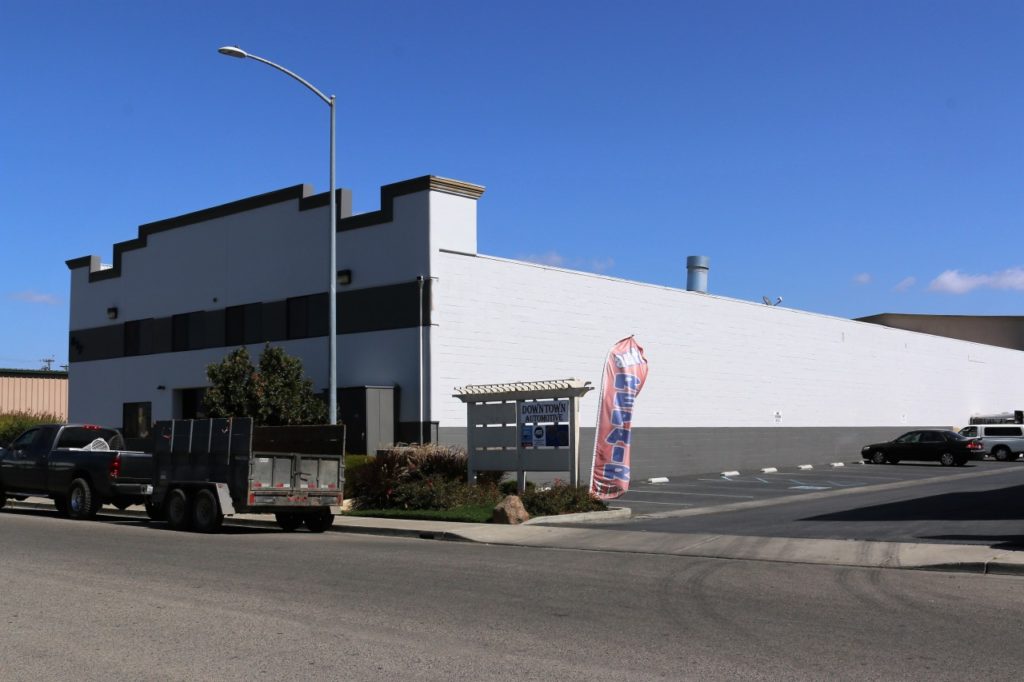 Eric Hecht is reported to have paid over $2 million for the building and understood he would get a permit. Photos by John Chadwell. Note: Taylor Rodrigues' name was incorrectly spelled. The correction has been made and we apolgize for the error.

As has happened before when cannabis was on the Hollister City Council agenda, Council members Jim Gillio and Karson Klauer, along with Soren Diaz, city attorney, recused themselves prior to discussions on four separate appeals to previous council decisions concerning the denials of cannabis permits.

Eric Hecht, stood before the remaining three council members, Ignacio Velazeuqez, Raymond Friend and Mickie Luna, to plead his case for appeals on three companies he is associated with, all to be located at 817 Industrial Drive: FTB Jordon Inc., Plaza Breeze, and Layla’s Landing. Also appealing was Taylor Rodrigues, who wants to open a cannabis dispensary under the name of Haven in the shopping center, located at the corner of San Felipe Road and Maple Street.

After Hecht made his first appeal to obtain a permit for FTB Jordon Inc., Velazquez opened up the proceedings to the public. Many of the same people who had spoken on the Industrial Drive location came forward yet again–and again.

J. W. Paine said he was concerned about odors and security, but hoped the city would look at the facility as an opportunity to bring money into the community. Elia Salinas said she supported the Industrial Drive location for a cannabis facility and was confident the owner would abide by all requirements for safety and odors. Marty Richman, who said he was neutral on whether or not the site was approved for cannabis, questioned discussing four appeals, one at a time, because if one was approved as a dispensary, the others could not be approved because the city was only allowing two dispensaries, and one had already been approved.

Lisa Rovella, who has been steadfast in her opposition to a cannabis facility being located across the street from her business, once again made her views clear about children being near the facility. Cannabis lobbyist and an applicant for a cultivation permit that had been approved, Sean Donahoe, reasoned that zoning for the Industrial Drive location was appropriate. Jack Kirk, who in the past insinuated someone on the city’s payroll must have colluded with Hecht because he purchased the building for more than $2 million before applications for permits were voted on, continued to object to the business being located on Industrial Drive. He said there would be security issues and possibly lock downs to protect children in the area.

When the item came back to the council, none of the three remaining council members would make a motion one way or another, so it died “for a lack of a motion.” Bill Avera, city manager, then asked the mayor if this meant the appeal was denied.

“I think we need to have a decision here so there’s no more confusion about what part of the process they’re in at this point,” he said.

Councilman Raymond Friend promptly made a motion to deny the appeal, which passed by three votes. Avera asked, for clarity, if they were saying they had denied the appeal specifically concerning FBT Jordon. The mayor said that was the case and then moved on to consider Playa Breeze Inc.’s appeal on a cultivation facility. After basically the same proponents and opponents, as well as Hecht, voiced some the same points about the Industrial Drive location, the council denied Hecht's request for a cultivation permit. And then the very same applicant for the two previous appeals concerning the same Industrial Drive location struck out a third time for a cannabis dispensary under the name of Layla’s Landing.

Taylor Rodrigues, who was seeking a permit to operate Haven Dispensary north of the city, was appealing on the grounds that his application met all of the city’s requirements and questioned the scoring methodology when it was being evaluated.

During public comments, Elia Salinas asked the council to support Rodrigues’ permit. Jack Kirk said even though he thought Rodrigues was a “fine young man,” he could not support a dispensary being located where children would congregating at a new McDonald’s. A member of Hillside Christian Fellowship objected to the dispensary because it would be too close to the church. A few other speakers also addressed Rodrigues’ likability, but in the end did not support the proposed location. One opponent even said if Rodrigues would try for another location, he might support him.

Despite being looked on favorably by a number of the speakers, Rodrigues was not any more successful than the previous applicant as the three council members denied his appeal.

A resolution to support the continuance of the Deferred Action of Childhood Arrivals (DACA) and declare Hollister a “dreamers’ city,” scheduled toward the end of the Oct. 3 Hollister City Council meeting was moved forward at the request of Councilwoman Mickie Luna. She asked Mayor Ignacio Velazquez to do so because there were a number of students present who she said would have to leave before the agenda item would be discussed. Initially, the mayor hesitated to do so, stating there were a number of agenda items that others in the room would want to hear, but he relented to move the item up for discussion when other council members voiced their approval.

Luna said when looking at the population of Hollister she claimed it is 60 percent Latino and other immigrants. She said she applauded the diversity of the county's population. She said she wanted the resolution on the agenda because Hollister is in the region to adopt such a resolution to support the children. She said if members of the armed forces who fell under DACA were forced to return to their countries of origin the military would be adversely affected.

Without comments from the council or the public, the resolution passed unanimously.