Proposition 218 protest ballots will be sent to residents in the coming weeks. 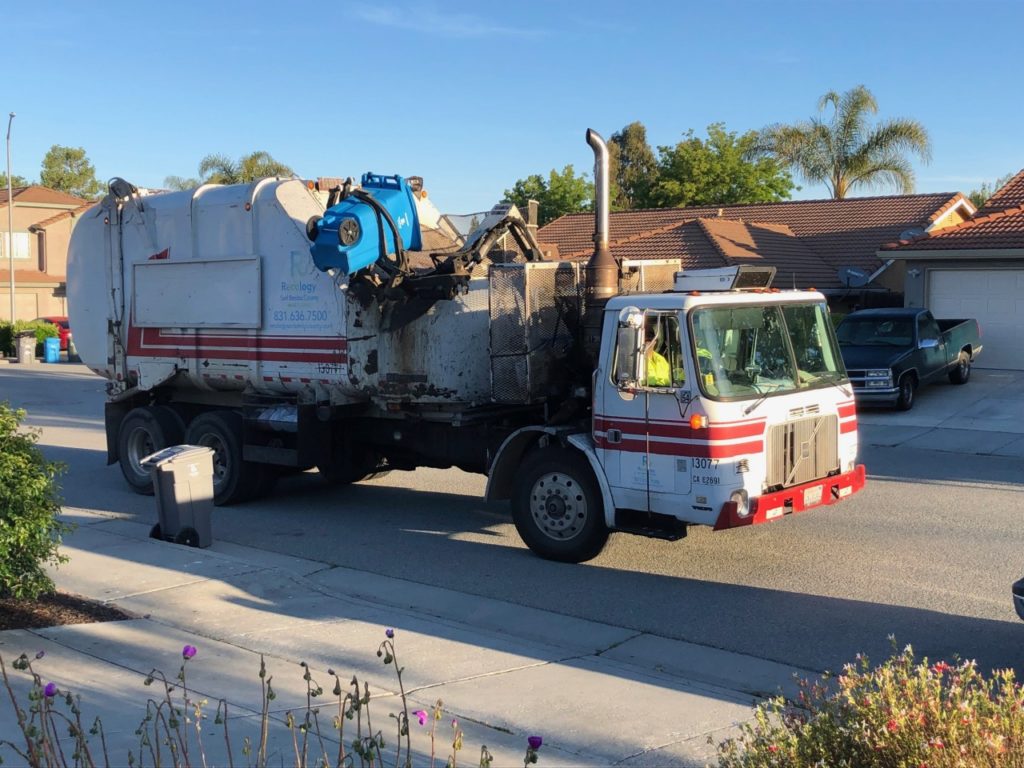 The council is continuing to honor the franchise agreement and its pending increase despite the March 4 revelation that San Francisco City Attorney Dennis Herrera announced it had filed a lawsuit against Recology San Francisco. File photo by John Chadwell.
×

The Hollister City Council approved at its April 15 meeting a resolution for a Prop 218 notice of proposed rate increases for solid waste pickup effective July 1. Mayor Ignacio Velazquez was the lone no vote.

There will be a public hearing for the proposed rate increase 45 days or more after residents receive their Prop 218 protest ballots. Proposition 218, known as the “Right to Vote on Taxes Act,” protects taxpayers by limiting the methods by which local governments can create or increase taxes, fees and charges without taxpayer consent by requiring voter approval. The hearing is scheduled for June 17.

City Manager Bill Avera explained to the council that the city’s franchise agreement with Recology included a rate adjustment on July 1.

“We’re asking for authorization to issue the Prop 218 ballots,” Avera said. “They’ll go out to all the affected residents in Hollister with the increase of 4.3%. The rate will be published on the ballot measure. It has to be sent out 45 days in advance of the public hearing June 17. Should the council adopt it after receiving the protest ballots, the new rate will go into effect July 1.”

Councilman Rolan Resendiz said he wanted the public to be clear that the council was not voting for a rate increase. The vote was to consider an increase and to notify the public, he said.

Avera confirmed and said depending on how many protest ballots are sent back, the council would make its decision. He said the last time the 218 process was used in 2018, less than 10 percent of mailed out protest ballots came back to the city.

“If we don’t receive thousands of protest ballots saying they don’t approve of the rate increase, we have something,” Avera said. “The thing about Prop 218, it’s a great way to make sure everybody is informed about what’s going on. Prop 218’s tend to pass on a pretty regular basis.”

Velazquez said he was not happy with a rate increase so soon after approving the agreement with Recology.

“The public was shocked with the green container and having to pay extra for that,” he said. “It’s a very complicated process, but I have to say seeing a rate increase this early on makes me frustrated. It’s not fair to the residents.”

With a requirement of a 50% threshold or simple majority, Velazquez asked what would happen if the threshold was met. Kevin McCarthy, sustainability program manager at CSG Consultants, told the council that provisions within the contract allowed Recology to roll back services in order to save money. He told the mayor that rates would have increased no matter which waste management company the city selected.

“It’s unfortunate, time-wise, we were hoping the contract would start Nov. 1, but there were delays in the process and that’s why there is a short window between the new rates in November and July 1,” McCarthy said. “Going forward, it will be every year. This 4.3% is historically high because of diesel prices. Typically, you’d see two or two and a half percent. It’s tough to have an increase this quickly, but it is an annual process for every July 1.”

Avera told Benitolink on April 23: “It gets a little tricky because we may be contractually obligated through the franchise agreement. If the city receives sufficient protest ballots we would be required under the contract to negotiate with Recology to eliminate programs or services to maintain the current fee.”

Trash is an expensive proposition, Councilman Marty Richman said at the meeting.

“I really urge the public to take advantage of those no-cost benefits that you get, one of which is the twice-a-year bulk item pickup, provided it has no Freon in it, then it counts for two.”

He told the public that they could call Recology to pick up items such as couches or refrigerators.

“So there’s no excuse for dumping your couch in an empty lot anymore,” he said and mentioned hazardous waste disposal. “Those are valuable benefits. If you don’t take advantage of them you’re not getting your money’s worth of what you’re paying.”