District 2 councilman resigned because of move out of district 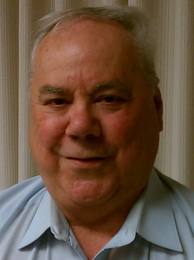 With not enough time to fill the vacancy caused by the resignation of District 2 City Councilman Robbie Scattini by a special election, the Hollister City Council on Aug. 4 agreed to accept applications to temporarily fill the seat until the November election.

Scattini, whose term began in November 2010 and was set to expire this December, on July 31 submitted his letter of resignation because he is moving to a house he owns in District 3, where he will seek the council seat that will be vacated by Pauline Valdivia. Scattini said the Hollister School District's decision to raise the rent on a house he lived in on Buena Vista Road near Calaveras School played into his decision. He had been contracted to watch over the campus for the past 25 years.

San Benito County Supervisor Jaime De La Cruz spoke at Monday's council meeting to thank Scattini for his service to the city, including his efforts with the Highway 25 bypass, the downtown biker rally and the consolidation of local fire departments.

Scattini said, "I'll be back."

When a vacancy occurs in an elected office, the council has 60 days to fill the vacancy through an appointment or through a special election. City Clerk Geri Johnson recommended that the council appoint someone from the district who is not planning to run for the seat in November. She said at least two people have pulled papers with the intention to run.

Councilman Raymond Friend asked if the council would be able to find someone to fill a council slot on a temporary basis. "Are we going to be able to find a citizen that's going to want the job for 90 days?" he asked. "I'd like to think so, but I just don't see someone wanting that job for three months."

Councilman Victor Gomez said that he'd prefer not to fill the vacancy — and therefore leave the council with four members until the election — but he knows the law requires that the vacancy be filled. Mayor Ignacio Velazquez said that "there are a lot of fine citizens in District 2 who will step up."

Johnson said that her office will come up with an application for interested District 2 residents and will present any prospective candidates to the council for consideration.