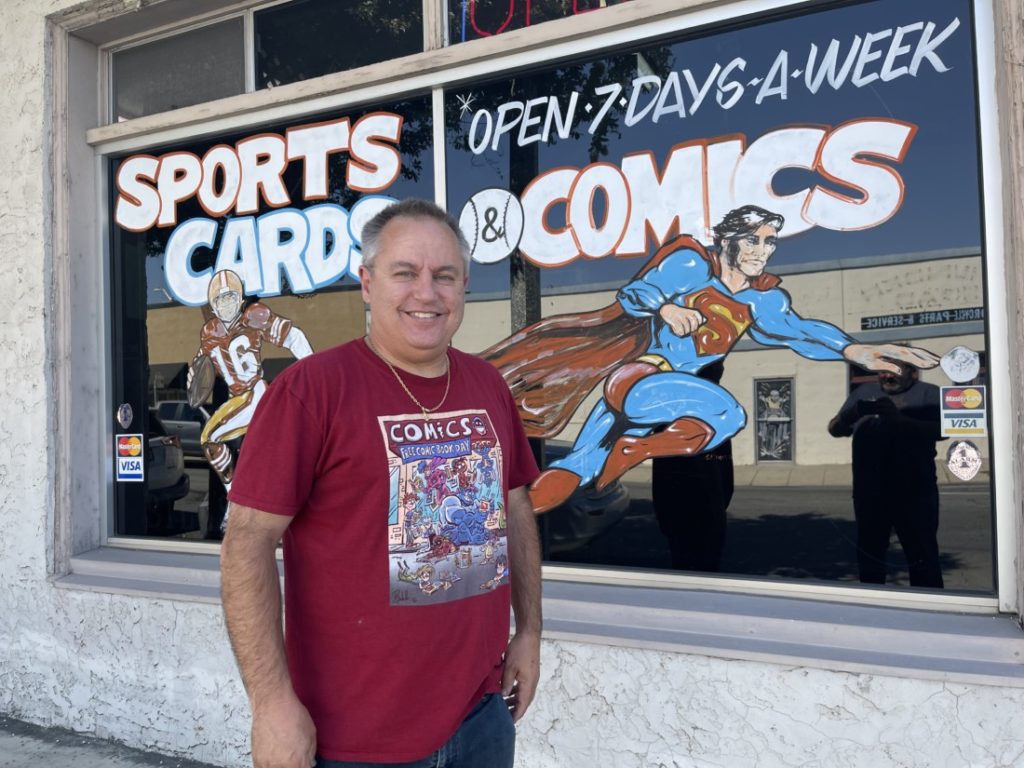 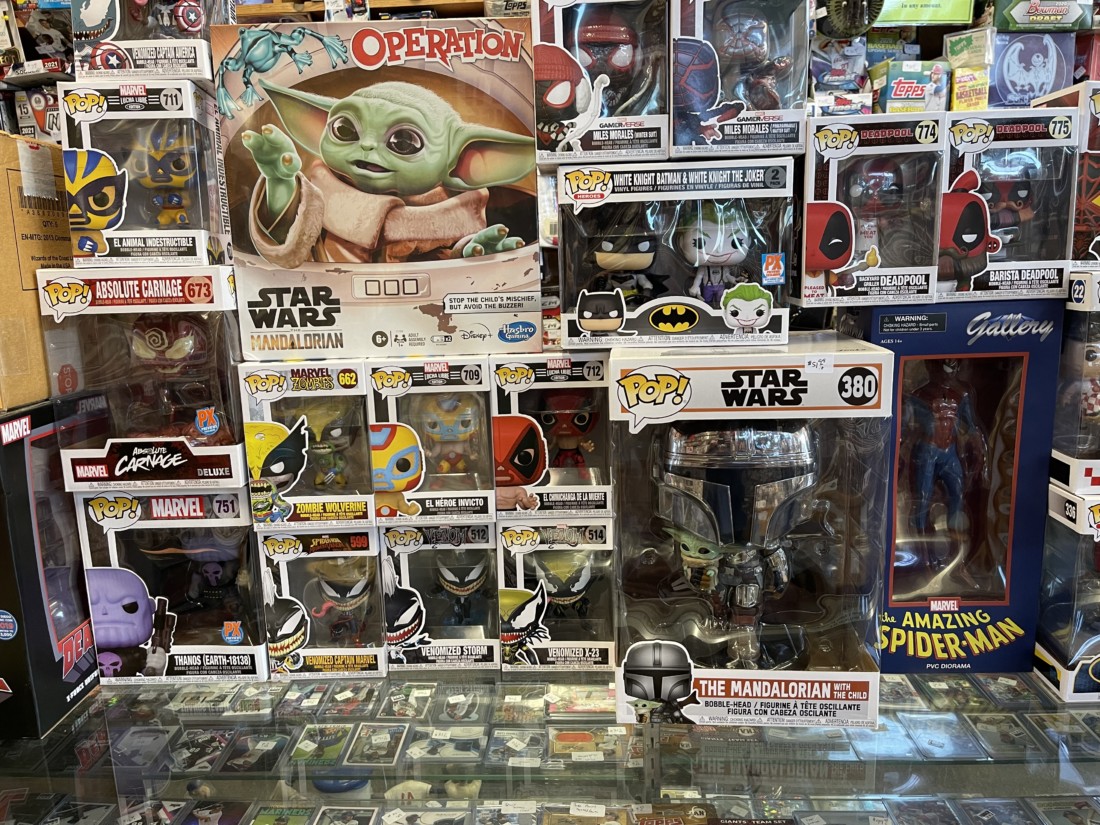 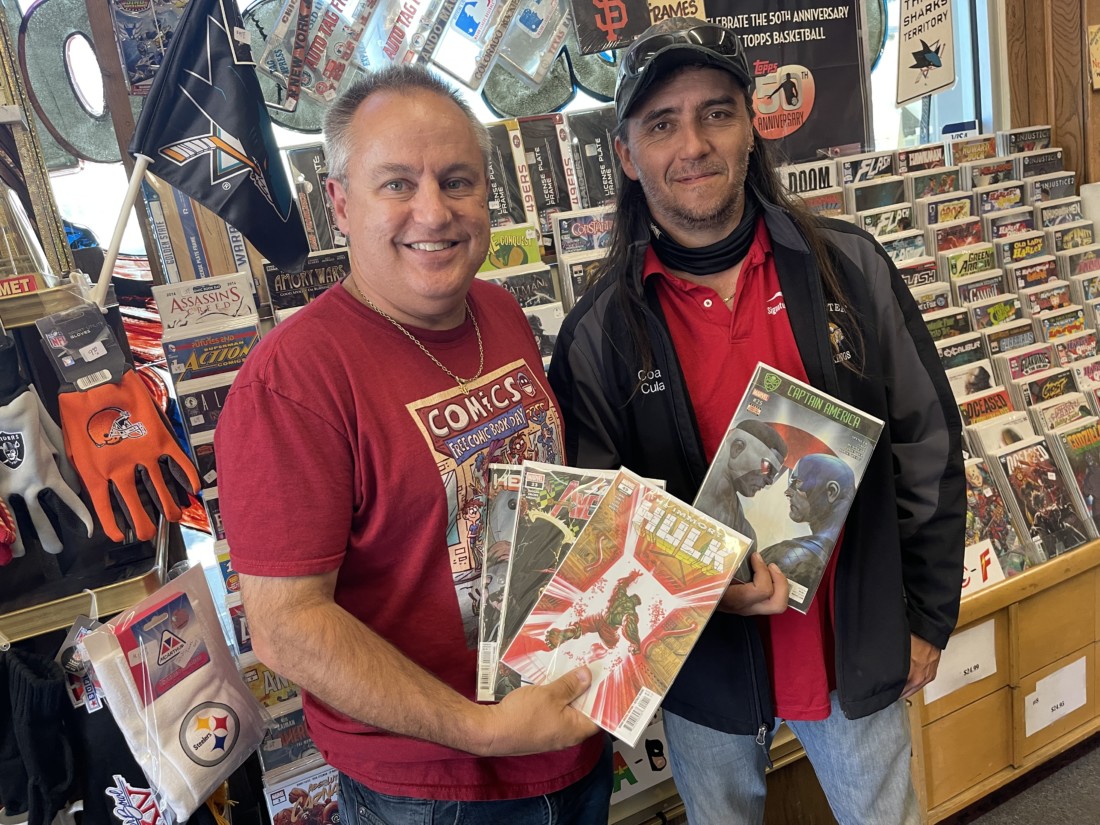 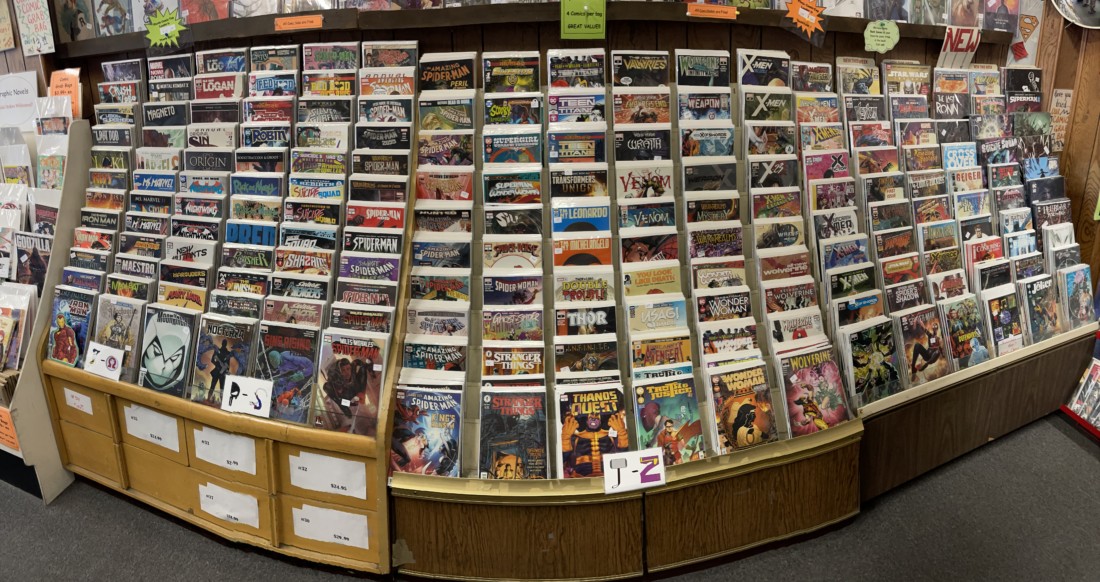 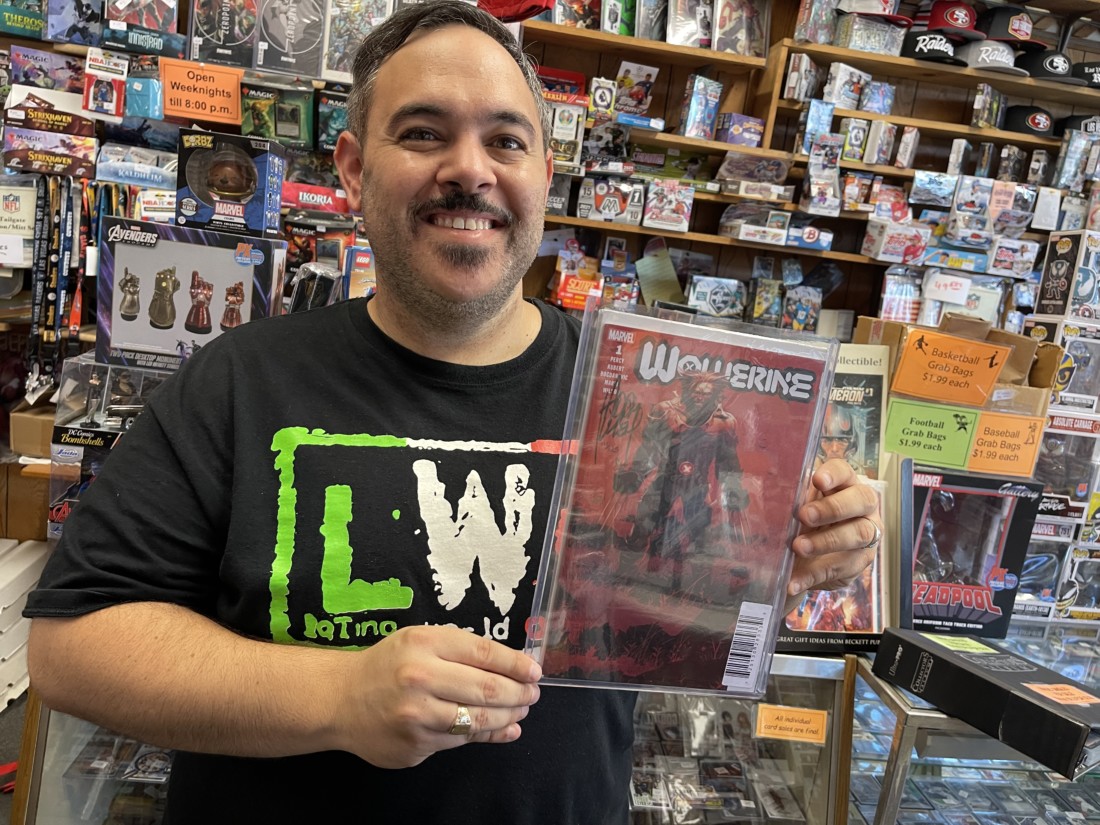 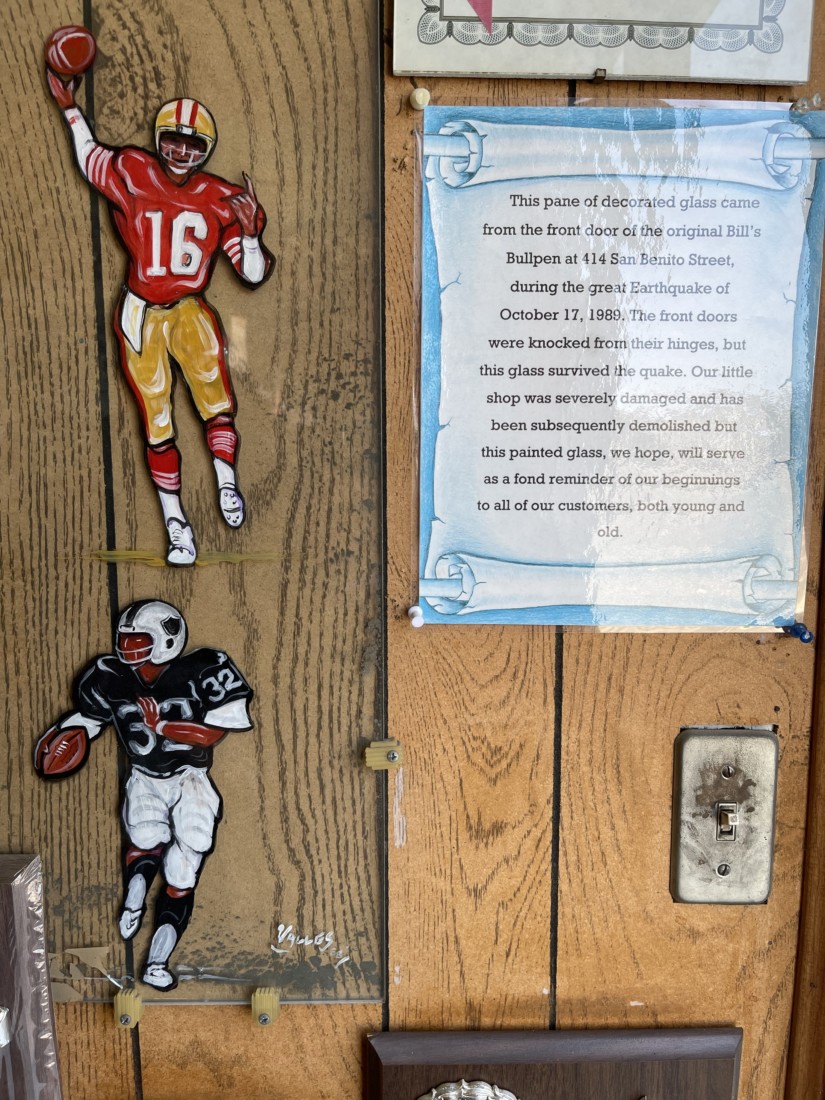 On August 14, Bill’s Bullpen will be participating in Free Comic Book Day and owner Bill Mifsud is hoping to break his record of 1,800 comic books given away. For Mifsud, it’s all for a good cause: getting kids to read.

This is the 20th anniversary of the event, a national promotion sponsored by Diamond Comic Distributors, and Mifsud, who has been selling comic books and graphic novels for 34 years at his Hollister store at 207 4th Street is dedicated to making the event a success.

“We have to buy the comics we are giving away,” Mifsud said. “We don’t get them for free. But you don’t have to buy anything and you are still going to leave with something. You are going to take home a bag of goodies but you are also going to get a free comic book. And that might be a start of someone becoming a reader.”

The annual giveaway is just one of the many ways Mifsud demonstrates his love of comics, his devotion to long-time customers, and his mission to encourage new generations of readers.

While Mifsud’s store is packed full of pop culture touchstones, like baseball cards, Magic: The Gathering decks, Funko POP! figures, and sports-themed gifts, the heart of the store is the tens of thousands of comic books lining the walls and filling the spinning racks.

Mifsud said that over the years, publishers have made their comics more kid-friendly, which helps young readers transition from picture books to chapter books.

“At some point, the big companies, like DC and Marvel, realized there is a different market they should be tapping into: kids comics,” Mifsud said. “Every comic book has an age rating on it. But they never had an all-ages book before and that market has now grown immensely. Anyone who walks in the store can buy one, and it is a perfect way to start kids off.”

Each book is written to have a distinct start and end, so it can be read without a child having to commit to reading an entire series.

“These are all one-shot books,” Mifsud said. “There is no number 5 that you have to buy to know what happens after number 4.”

A boom in superhero films makes it easier to help children find reading material. “The movie industry has been great for us because the top films of all time are comic book related,” Mifsud said. “People who are not ordinarily interested in comics will come here and say ‘I have to read the storyline of that movie.’ So you can always ask a kid ‘what movie do you like’ or ‘what superhero do you like’ and we can go from there and find something for them. Sometimes we can connect to them because of the video games they play.”

Mifsud sees the books as also a way to engage children beyond computers and video screens.

“Kids no longer have hobbies,” Mifsud said. “They don’t collect rocks or stamps. The cellphone is my biggest competition. But our store is a touchy-feely kind of store. You can own something that is not on your phone and hold it in your hand. You can look at the covers and artwork, then maybe become interested.”

The store offers a subscription service, allowing customers to pick up the newest releases every Wednesday, pre-bagged in archival plastic sleeves and held for them at the counter. Some of  Mifsud’s subscription customers have been with him from the beginning, when he and his father founded the business, including Aaron Culala who was 13 years old when he started his first subscription 34 years ago.

Culala’s interest in comics was fostered by his mother

“I was an only child and it was a way she found to get me to read,” he said. “They were easy to get and I appreciated that they were not dumbed down. It helped me expand my vocabulary and increased my interest in other things. I’ve encouraged my twelve-year-old son; he has six titles he subscribes to so I know every week he is going to be reading.

“With Spiderman, the text is about family and responsibility. If you read the X-Men, since its inception, it has been about acceptance and fighting bigotry, with characters searching for their place in the world. Living vicariously through those characters, the writers teach about making the world a better place. It might sound funny coming from a comic book, but the lessons are right there.”

For Mifsud, every young non-reader who comes in is a puzzle to solve.

“You can’t force people to read if they don’t want to,” Mifsud said, “So the challenge is in finding something that will catch their attention. If we can do that, then we can at least get them started. And if we can get them to read, we have done our job.” 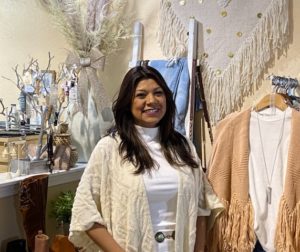 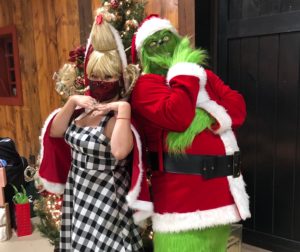 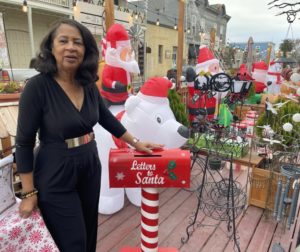