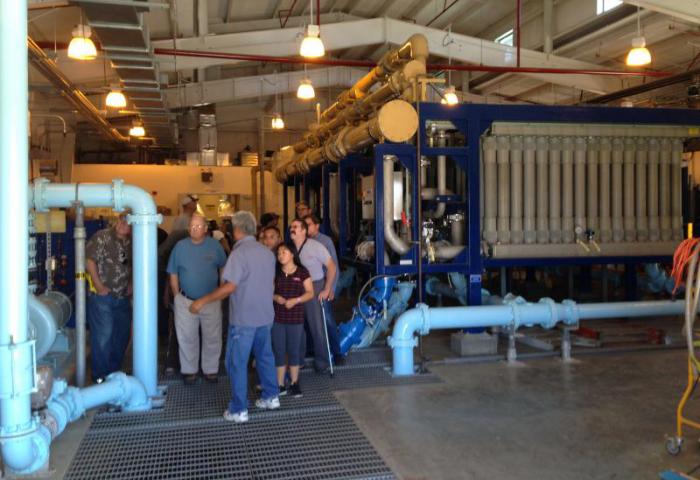 The Hollister City Council recently authorized the commitment of $1 million in reserve funds toward the planned construction of the West Hills Water Treatment Plant to ensure that enough funding is available prior to the project being put out for bid.

The San Benito County Water District will finance up to $30 million for the project, with the district — along with the City of Hollister and the Sunnyslope County Water District — each committing an additional $1 million, bringing the total committed to $33 million. The city's portion is coming from water enterprise funds, of which there are approximately $4 million, according to city records.

The exact amount of financing needed above the $30 million will not be known until bids for the plant are received and the project is awarded to the lowest responsible bidder, according to city officials. The project will treat up to 4.5 million gallons per day of imported Central Valley Project water. Pipelines will be constructed to deliver treated surface water to the Hollister area, including the central and western portions of the city. Currently, project officials are negotiating with the California Department of Fish and Wildlife on plans for mitigating the impacts to the California tiger salamander.

"The biggest benefit (of pledging $1 million in funding while bids are awaited) to the city of Hollister," City Manager William Avera told the city council, "is it's not going to be borrowing money it isn't necessarily going to use. It's just having it available so we can release the bid." Bids are due by the end of July.

The engineer's estimate for the construction of the West Hills Water Treatment Plant is approximately $19.67 million, but with financing costs figured in, officials want to have more money on hand "to show potential contractors SBCWD (the county water district) is serious and capable of rewarding a contract to the lowest bidder and moving to construction," Avera said in a report to the council. "It is very costly for contractors to prepare bids for a project of this magnitude and potential contractors may not risk this expense and effort if they believe an agency is not financially capable of awarding the construction contract."

The city of Hollister and the Sunnyslope County Water District will share in the costs of constructing, operating and maintaining the West Hills facility. The county water district has committed $10 million in "rate stabilization funds" to ease the water rate impacts of the Hollister Urban Area Water Project, which also includes the recently-completed Lessalt Water Treatment Plant on Fairview Road near Sunnyslope Road. The Sunnyslope district's share of the first $30 million in costs is approximately $10 million, and 50 percent of the costs exceeding $30 million.