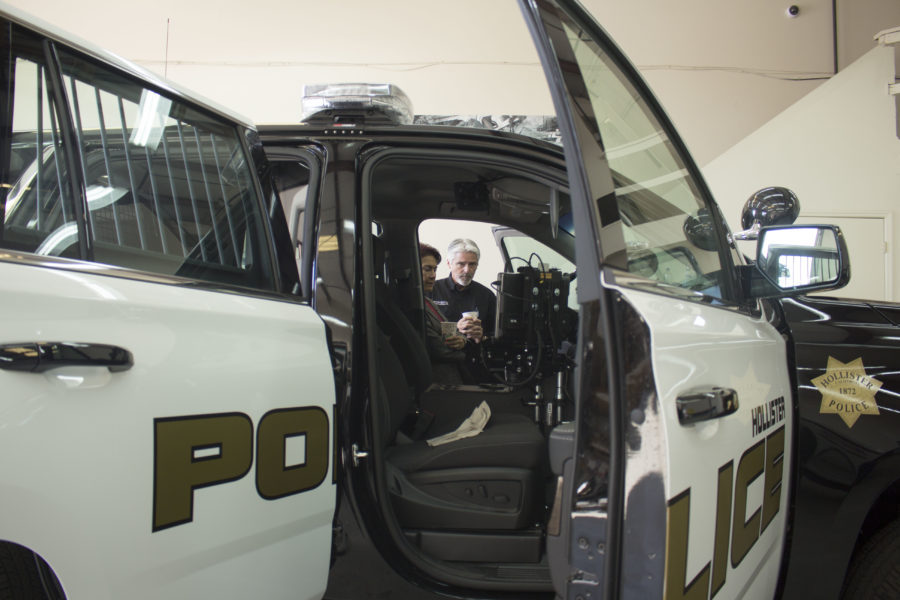 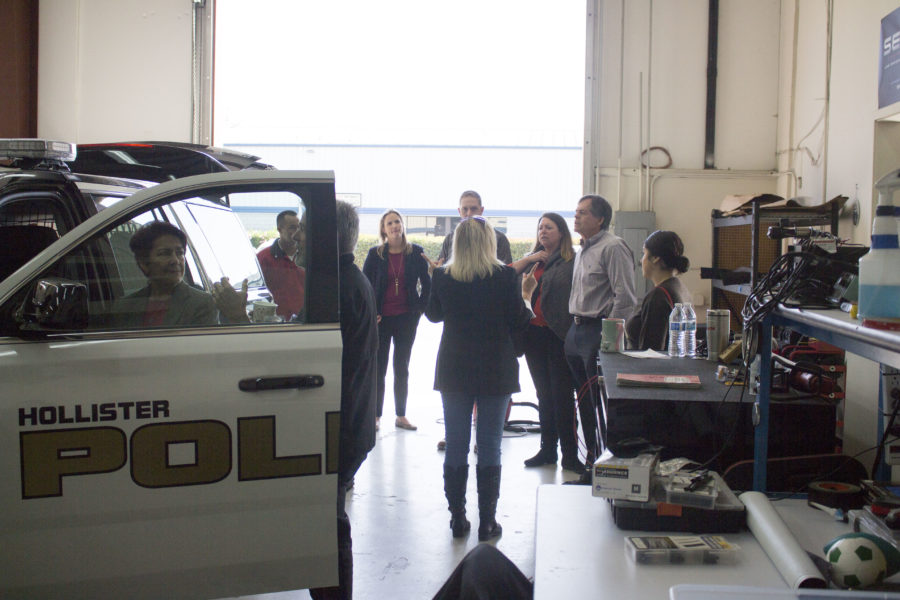 Stephen speaks with Caballero while CEO Donna Haynes presents to the group. 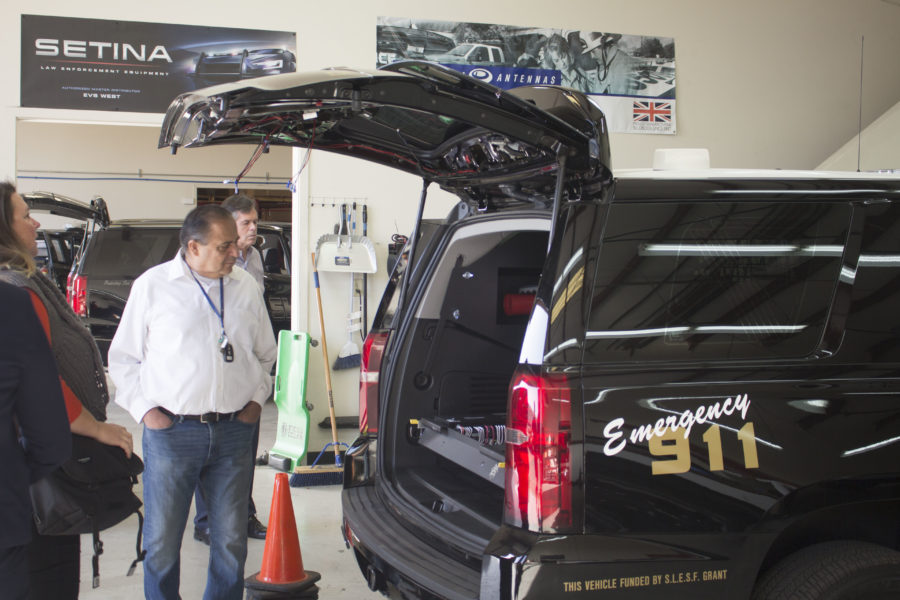 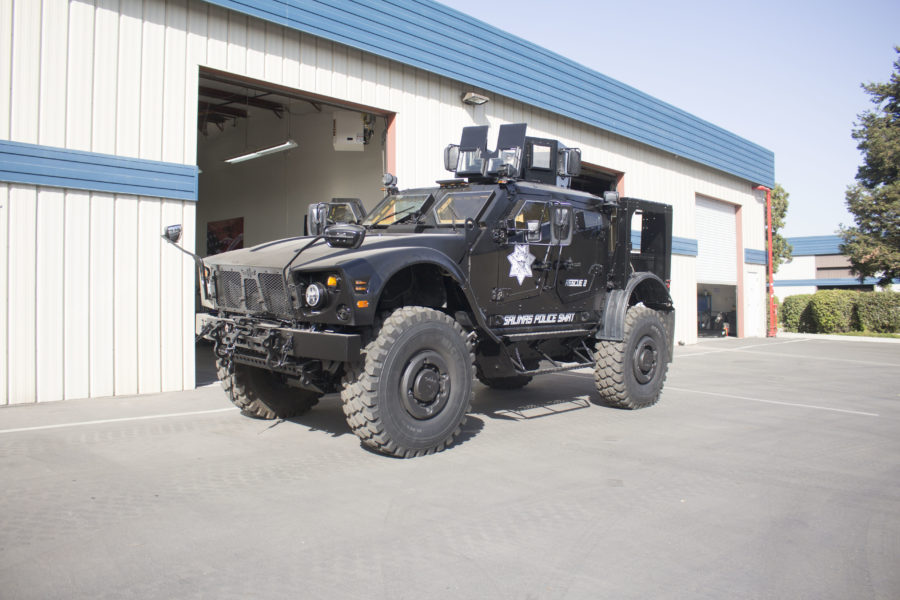 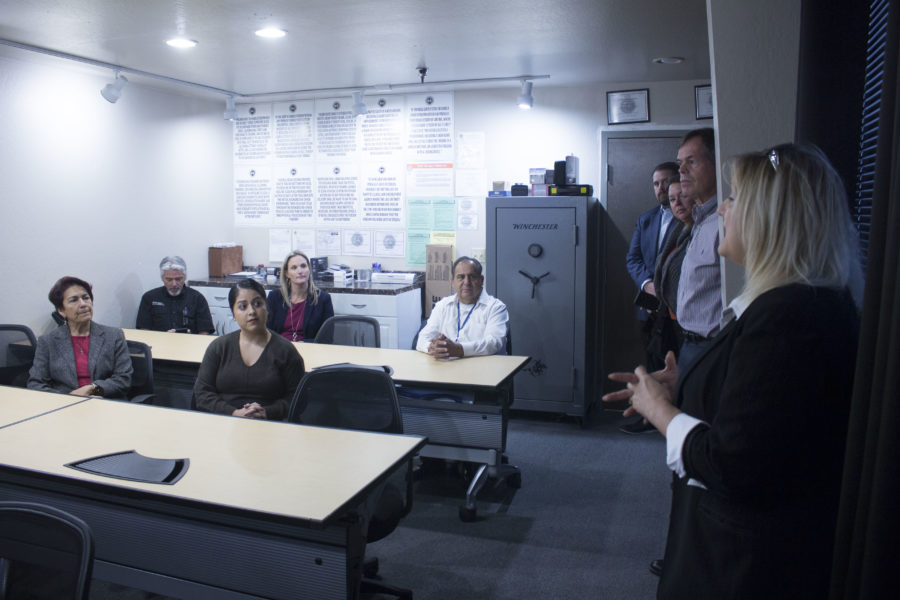 The tour group sits in the conference room for a brief presentation on the company.
×

At the Nov. 5 Board of Supervisors meeting, De La Cruz said he was impressed by how well the small company does.

“This is the kind of business that we need in our community,” De La Cruz said. “A business that can create revenue and jobs for our generation.”

Stephen guided the group through different vehicles currently in their shop, including a Hollister Police Department SUV. He explained how the backseat seat belt system enables officers to safely place detainees. Before, he said, officers risked being struck by uncooperative suspects because they had to lean into the vehicle to attach the belt.

Stephen co-owned Eden Radio, Inc., a radio communications company in Salinas, for 13 years before opening Emergency Vehicle Specialists in April 2009. He began with one full-time employee that followed him from Salinas; his daughter-in-law as a part-time employee; and three emergency vehicles waiting in line. When he learned there was a need for a local specialist to serve the Hollister Police Department, Hollister Fire Department and San Benito County Sheriff’s Office, he didn’t imagine he would have police cars parked outside his home needing their sirens fixed.

As the workload grew, so did the company. In 2011, Donna joined the team as the company’s CEO after a career in the computer industry.

“At that time we decided EVS needed to stop taking on new customers and slow the growth down, or I would work for the company and add marketing, sales and more of an infrastructure in-house,” Donna said.

She began targeting state and county contracts for vehicle services. One of EVS’s state contracts was for installing two-way radio communications equipment into vehicles for Caltrans, CalFire, and several state parks and prisons. The contract involves work on 600 vehicles a year.

Providing jobs for county residents is also important to EVS, Donna said, as it helps the local economy and keeps cars from commuting on Highways 25 and 156. Of the company’s 21 full-time employees, only one lives outside the county, she said. Eight employees were hired this year. Employees also have full medical benefits, a matching 401K, and sick and vacation time. There’s also a part-time position filled by a San Benito High School student.

Donna said it’s important to reach out to younger residents and teach them basic work skills.

“We need to give young people here in San Benito County an opportunity to work here,” Donna said.

The tour ended with a presentation about the challenges the company faces when it comes to getting paid by the state and claiming fees for late payments. Donna presented an invoice in which EVS had to pay its vendor in a 15- to 30-day term and noted that the state is typically late on a 60-day term. She emphasized that waiting on payment leaves small businesses in financial stresses that can lead to bankruptcy.

“[I’m] excited to hear that they’ve been so successful, that they are growing and adding local jobs, which is really important,” Caballero said. “It’s important for me, to the extent that they have state contracts, to know what the issues are with those contracts and to see if there is a way to make sure they get paid on time. Carrying a lot of costs is very difficult for a small business and we want to do everything possible to make them successful.”