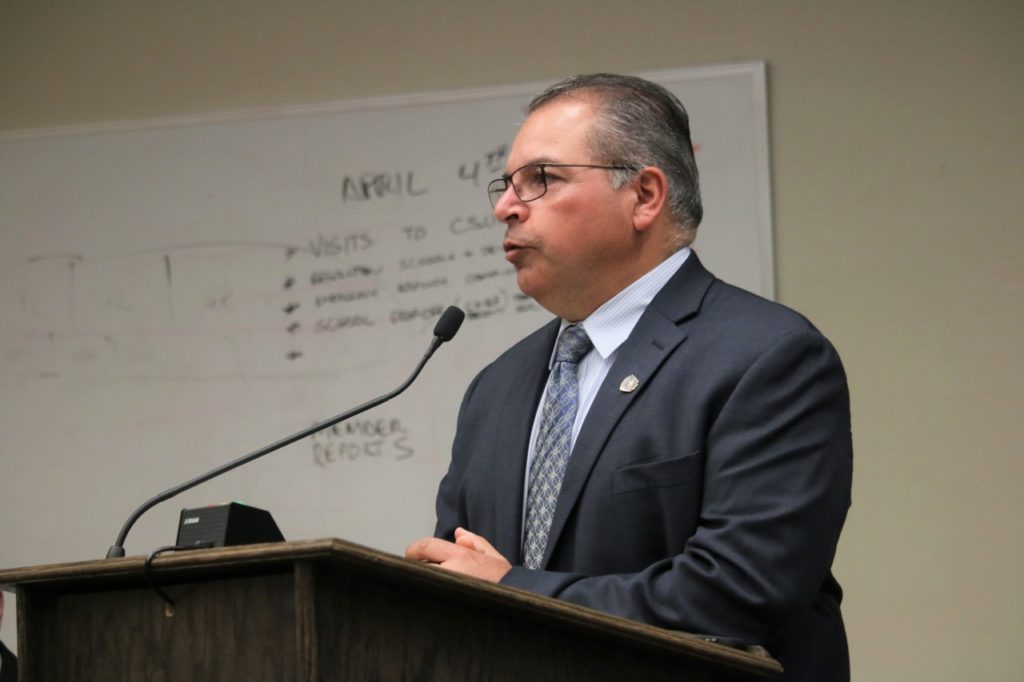 The Hollister City Council adopted a resolution April 2 for a bid to purchase and install a public safety radio repeater system for the Hollister Police Department to improve signal reception within city limits.

The purchase is for a previously approved system consisting of six tower repeaters throughout the city so that police officers can communicate with one another inside buildings and remote areas.

Councilman Marty Richman pulled the consent agenda item for discussion because it involved spending $141,019 for the equipment and $7,200 annually for maintenance. He said he wanted the public to understand what the council was approving.

Police Captain Carlos Reynoso, who is the project manager of the repeater system, told the council that the city currently has only one repeater to process all handheld and police car radio traffic. After a three-year study, several areas in the city were found to lack a radio signal, Reynoso said.

“There have been too many instances where our officers were calling for help or requesting something and there’s either static or just clicking noises,” he said. “These repeaters will be networked into each other to blanket the whole city.”

There are buildings in the city where the signal cannot penetrate, Reynoso said, and certain areas in the southern part of town that are difficult to communicate with via radio. He said the repeaters will broadcast in digital format, allowing for a clearer, more reliable signal for the Hollister police and the San Benito County Sheriff’s Office. He said only one provider, Emergency Disaster Services (EDS), responded to the request for services. Part of the request was to guarantee that if the equipment fails, EDS will respond within an hour to fix it.

“EDS is the only company we know of that works within our county that provides this kind of system,” Reynoso said. “They are our sole provider [for] the Hollister Police Department and Hollister Fire Department when it comes to radio installation and emergency equipment, like lights and sirens.”

Councilman Rolan Resendiz asked if the digital signal would prevent the public from having access to emergency radio calls. Reynoso said if someone has a digital scanner they may be able to hear the calls, but it would be more difficult to pick them up.

“There was an incident that could have been more tragic where someone was calling 911 and the dispatcher was relaying to a police officer what was happening as somebody was listening on a scanner and rebroadcasting in a play-by-play what was happening, giving the address location and names on Facebook,” Reynoso said. “This was a deeply personal incident, but it could be something where there’s firearms involved, officers are responding and they don’t have time to be subtle on the radio. They’re saying what they’re doing as somebody is telling other people what the officers are doing. That could be detrimental to the officers.”

Broadcasting in digital would limit the number of people who could hear the radio calls, Reynoso said, and added that all radio calls are recorded, so if anyone requests to hear what happened, the calls are still available to the public.

“In some cases, it’s not big deal, but in some cases it could be a matter of life and death,” he said.

The council unanimously approved the resolution.