After nearly a year of negotiations between Hollister and the Hollister School District a master agreement on the use of school facilities was adopted and will extend partnership over 20 years. 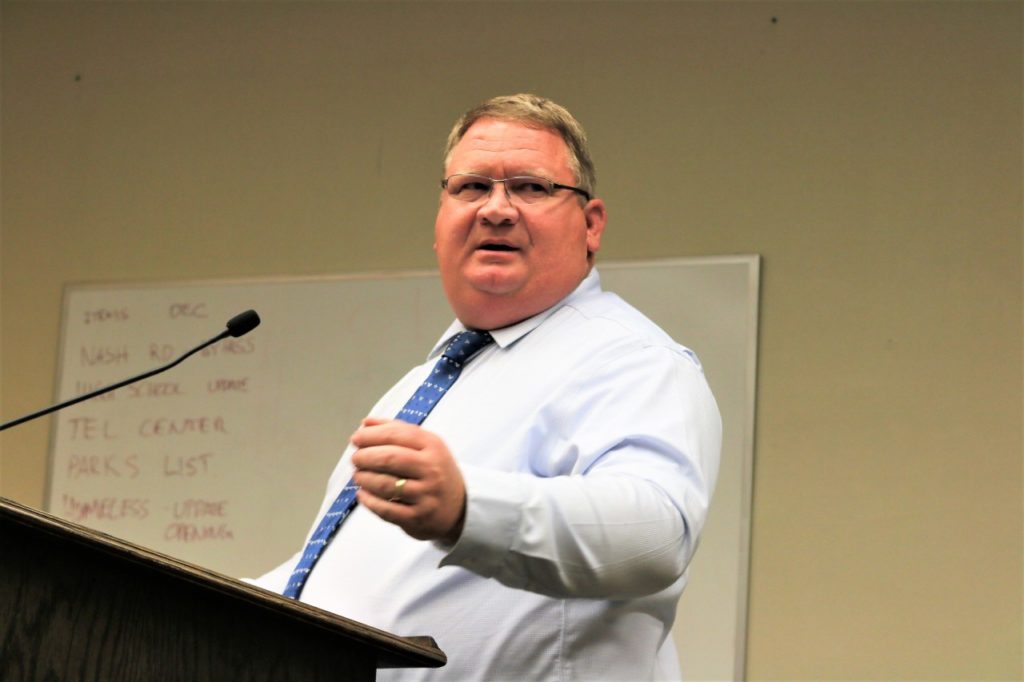 The Hollister City Council approved a master agreement for the use of Hollister School District facilities at its Nov. 6 meeting. City hours of use will be 6 p.m. to dusk during the school year, and dawn to dusk at all other times, seven days a week.  City use will also include weekends. The master agreement that replaced five agreements that were currently in place, will preserve the city’s access to these open areas until 2042. It also assigned maintenance responsibilities to the school district and commits the city to paying the district $330,000 annually from the General Fund for the use of the facilities.

In opening discussions, Mike Chambless, management services director, recounted how the city and school district have had a partnership for the past 29 years. Over the years, as new schools were built, new agreements were written for each school. Currently, there are still four agreements involving five properties, which he said makes managing them difficult.

Chambless said during the last eight years the city spent, on average, $231,000 annually to use five school facilities. Over the last year, he said, the city and school district negotiated a new master agreement. He said councilmembers Karson Klauer and Ray Friend, Bill Avera, city manager, and himself were involved in the negotiations for the county. The agreement has an initial term of 14 years, with two automatic five-year renewals.

“The agreement commits the city to examining the feasibility of contributing $300,000 to the replacement of the Cerra Vista play structure through a grant or direct funding,” he continued. “The agreement establishes a facility oversight committee made up of members of both the city and school district to decide on capital improvements.”

Chambless said the agreement also establishes capital improvement funds for each school that the city and district will equally contribute $30,000 for all sites, for a total of $60,000, in addition to the city’s $300,000 a year to use the sites. The district will assume all maintenance responsibilities except for the Calaveras bathroom, which the city will take care of. City hours of use will be 6 p.m. to dusk during the school year, and dawn to dusk at all other times, seven days a week. He said this time of the year, because of Daylight Saving Time, there won’t be any use.

Lisa Andrews, Hollister High School District superintendent, commented that the agreement was possible because of a joint effort that proved when two entities come together there is the possibility for the betterment of the community. Marty Richman said the agreement was good for everybody and an example of the “key to getting your money’s worth out of a capital investment.” Christine Courtney, who is the commissioner of District 3 on the Parks & Recreation Commission, commented that there is only one park in her district and considered the new agreement a good asset for her district.

Because the council did not have a quorum after Council members Jim Gillio and Karson Klauer, along with City Counsel, Soren Diaz recused themselves, and Councilman Ray Friend was absent, they set aside a resolution for an appeal on behalf of Haven Dispensary to Nov. 20.

A number of residents came to the meeting with signs and a petition to protest against the opening of Bonnie View Road into a new Del Curto Brothers’ development. Bonnie View Road intersects with Sunnyslope Road and ends at what was a vacant lot, which is now being developed, and continues on the other side of the lot to end in a cul-de-sac just south of Hillcrest Road.

Resident Diane Slykas said those who live along Bonnie View Road were not told of a number of changes to the road and did not know what was happening until a number of trees were removed. She claimed her neighbors have said they did not receive any notice either.

“Even our county supervisor (Mark Medina) was in the dark about this until we complained,” she claimed. “There should be more consideration about notification. If this notification was properly handled, please provide proof and direct us to the proper documentation.”

She said, as voters, the residents deserve to be told.

“We live in the city together, although we live in a county pocket and I hope it never gets annexed,” she said. “With this lack of regard how can you possibly expect to earn our votes?”

Another resident wondered when the plans were approved and why those who live there weren't notified, as well as if there is any estimate on how many cars can be expected to travel along the street from a city road to a county road, and whether the city or county will be responsible for maintenance. Donna Evans said the one-lane road was not built to handle an expected 200 vehicles a day. She said there have been no improvements to the road in 30 years.

“This neighborhood has young children and families who use this street to play on,” she said. “We have only a few cars that drive faster than they should and we, as neighbors, have been able to stop them because the drivers can’t hide. They usually live on the street, too. Families congregate on the street and visit their neighbors, because they’re also their friends. We can do this because there’s no real traffic to speak of. It’s a safe place to be.”

Catherine Harris, who also lives on the road, asked that the resident’s concerns be placed on the next council meeting’s agenda. She, too, said she was never notified that the road was going to be changed.

“I’ve put a lot of effort into trying to figure out who’s behind it and what is going to happen going forward,” she said. “It’s been a difficult process and had I had an opportunity back 2015, I would have expressed my feelings.”

She claimed that in talking to the city, despite the residents’ concerns, she was told the project will continue. Ken Dunn said the first time he knew something had changed was when trees were being ripped out. He said he and his neighbors don’t see any positive aspect concerning the changes being made to the street.

“I’d like to see a meeting including everyone who’s affected by this,” he said. “Turn back the clock a little bit because they got way ahead of us. Let’s go from there. I hope you can tell there a lot of us very upset about this.”

After the public comments, City Manager Bill Avera told the audience that he would be conducting a City Hall Open House, Saturday, Nov. 18, at 9 a.m., and invited the residents to come and talk to him. He said he would be ready to provide some of the information they had requested.