Resendiz, Spencer and others in dispute over phone video. 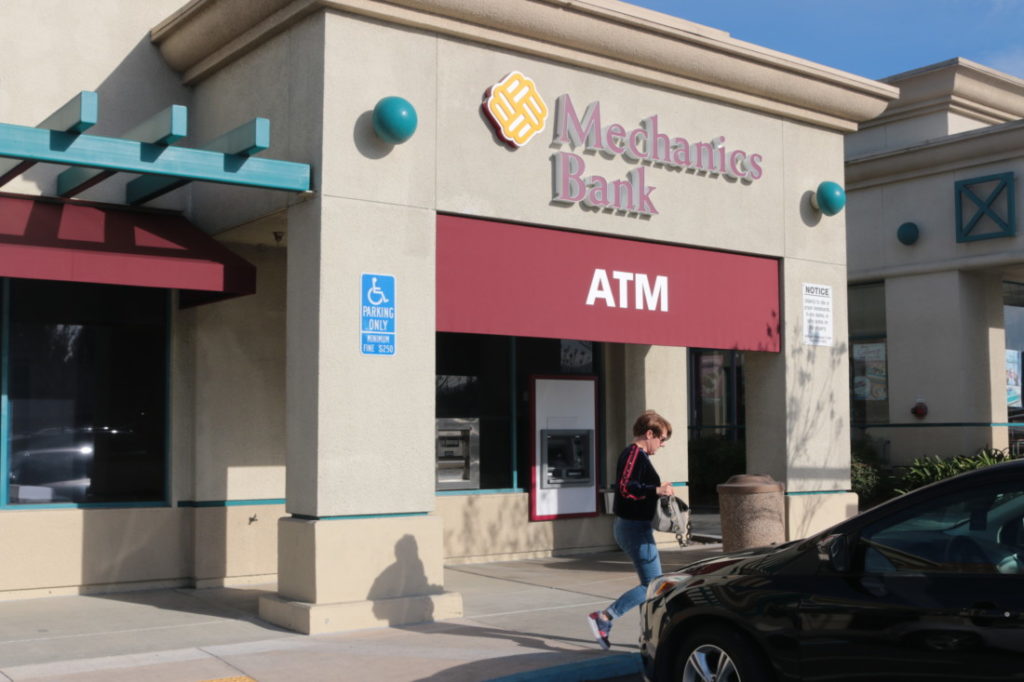 Just three days after the Hollister City Council censured member Rolan Resendiz for using a gender-based slur against a constituent and suggesting there was a promiscuous sexual relationship between fellow council members, he was caught up in an altercation with three women at Mechanics Bank.

Resendiz told BenitoLink he was in line to cash a check on Jan. 24 when he noticed Councilwoman Honor Spencer and her friend Leslie Austin seated at a table with a bank employee. Austin is chair of the San Benito County Democratic Central Committee and partner of Supervisor District 2 candidate Wayne Norton.

“Every time they’re around me I feel uncomfortable and I snapped a quick picture of them,” Resendiz said. “Leslie yelled out at me, ‘Rolan, I don’t know why you’re taking pictures of us. We’re not trying to hide anything.’ I completely ignored her. A minute later Irma comes yelling at me.”

He said he didn’t remember what Gonzalez said to him.

Gonzalez declined to comment about the incident on the advice of her attorney, but she did post on Facebook about it: “Instead of learning from his censure, Resendez has increased his harassment and intimidation of this disable senior citizen and others that he preys upon. He needs to go.”

Resendiz said he called the police about the altercation at the bank and believed an incident report would be filed. Hollister Police Department Public Information Officer Dave Anderson confirmed that there is an open investigation, but could not comment on it.

Resendiz said he captured the incident on his phone, but declined to share it with BenitoLink.

“I don’t know why you want to report this,” he told BenitoLink. “The public is fed up and we need to move on past this. The way this has been reported makes it seem like I am what they say I am, and saying those things.”

Spencer spoke to BenitoLink and confirmed most of Resendiz’s version of the incident.

She said she met Austin around 3 p.m. in the bank lobby to conduct business when Resendiz entered. At first, she said, she didn’t see him, but as soon as Gonzalez joined them, Resendiz began recording them with his phone. She said Austin called out to him, ‘Rolan, I hope you delete that video because you do not have our permission.’”

According to California Civil Code, a person can take photos of others in government buildings or in public where there is no expectation of privacy, but cannot do so without permission in situations where privacy is expected or on private property.

Spencer said Gonzalez told Resendiz, “Are you kidding?” and walked over to him and told him, “Stop videoing. Leave us alone.”

“He put his phone in her face and she put up her hand and he said in a loud voice, ‘Don’t hit me, don’t hit me,’” Spencer said.

“What he did was wrong, it was harassment and it’s not a public place,” Spencer said. “He was not interested in me or Leslie. What he was interested in was videoing Irma. Why? What does he have against Irma Gonzalez that he does that to her? This is almost stalking.”

“I told them that this is an ongoing situation and Mr. Resendiz has a habit of calling the police every time he thinks he’s being threatened,” Spencer said. “I told the police to go into the bank and ask for the video that shows exactly what happened.”