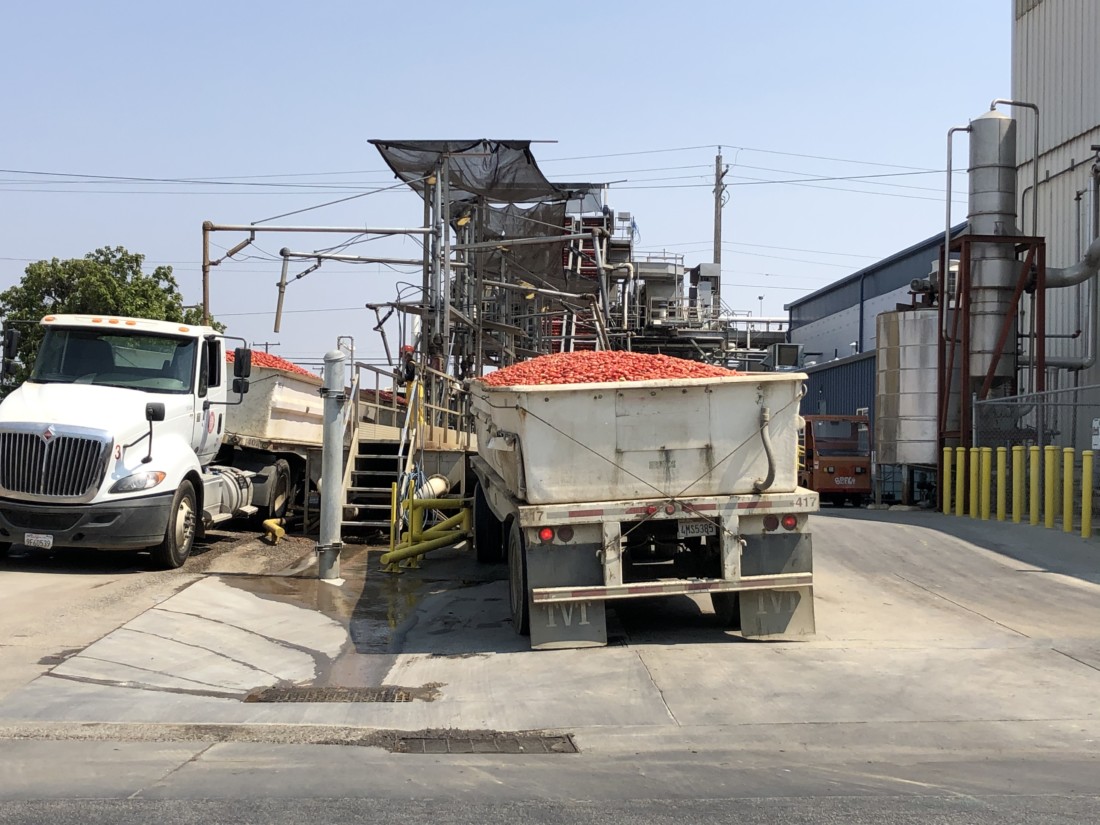 San Benito Foods will be responsible for securing its own wastewater permit. Photo by John Chadwell.
×

At its Nov. 16 meeting, the Hollister City Council unanimously approved a resolution to remove the city from wastewater responsibility for the San Benito Foods tomato cannery. The approval terminated the city’s industrial waste discharge permit with the Central Coast Regional Water Quality Control Board.

“Council has decided that the city will no longer be the treatment operator and the discharger of San Benito Foods’ wastewater,” said Management Services Director Mike Chambless, adding the cannery will need to operate under its own permits. “As the tomato season has ceased, we’re looking for authorization to go ahead and terminate our discharge permit.”

By taking this action after the 2020 season at the San Benito Foods tomato cannery, a subsidiary of Neil Jones Food Company, the city will avoid spending tens of thousands of dollars on a new discharge permit.

The council also appropriated $90,556 from the city’s sewer fund reserve to terminate the enhanced compliance agreement with the water board and to pay the balance of a $181,110 fine it levied on the city for a past environmental violation.

“Because the original settlement agreement included millions of dollars in improvements of pond #1, which we no longer require, is a huge savings if we pay off the remainder of the fine,” Chambless said, referring to a February 2017 incident when cannery effluent spilled into the dry riverbed of the San Benito River.

Chambless continued, “The reason we’re looking to pay off the fine at this point is because we entered into a settlement agreement with the water board where we paid half the fine of $91,000, and they were going to allow us to use $91,000 to do improvements to the Industrial Wastewater Treatment Plant to prevent such a thing from happening again.”

Mayor Ignacio Velazquez added, “If the cannery wants to proceed in the future they would be in charge of that permit directly with the state, rather than through us and they have to make those improvements themselves.”

The council originally told San Benito Foods it would have to pay $4.5 million to be permitted, but reduced the amount to $2.5 million, and then again to $1.5 million. According to Chambless, the cannery has paid $1 million.

The feud over who is responsible for violations of the California Environmental Quality Act and for paying $1.5 million to remove sludge from one of the wastewater ponds, as well as needed upgrades at the treatment plant to accommodate the cannery, erupted in dueling lawsuits tentatively scheduled to be brought to San Benito County Superior Court in January. Chambless told BenitoLink the two sides “had a settlement conference a few weeks ago and both agreed to pause actions.”

“We are in discussions to continue operations by leasing part of the [treatment plant] facility,” Chambless said. “Currently, the lease offer is being reviewed by the city attorney. San Benito Foods is in discussions with the water board to obtain their permit to discharge treated water. We are communicating and are trying to facilitate their continued operation.”

When asked for comment, San Benito Foods Plant Manager Sam Humphrey responded, “San Benito Foods is diligently working with the city of Hollister and the [water board] to assure a successful 2021 season.”