‘He loved the community,’ his daughter says. 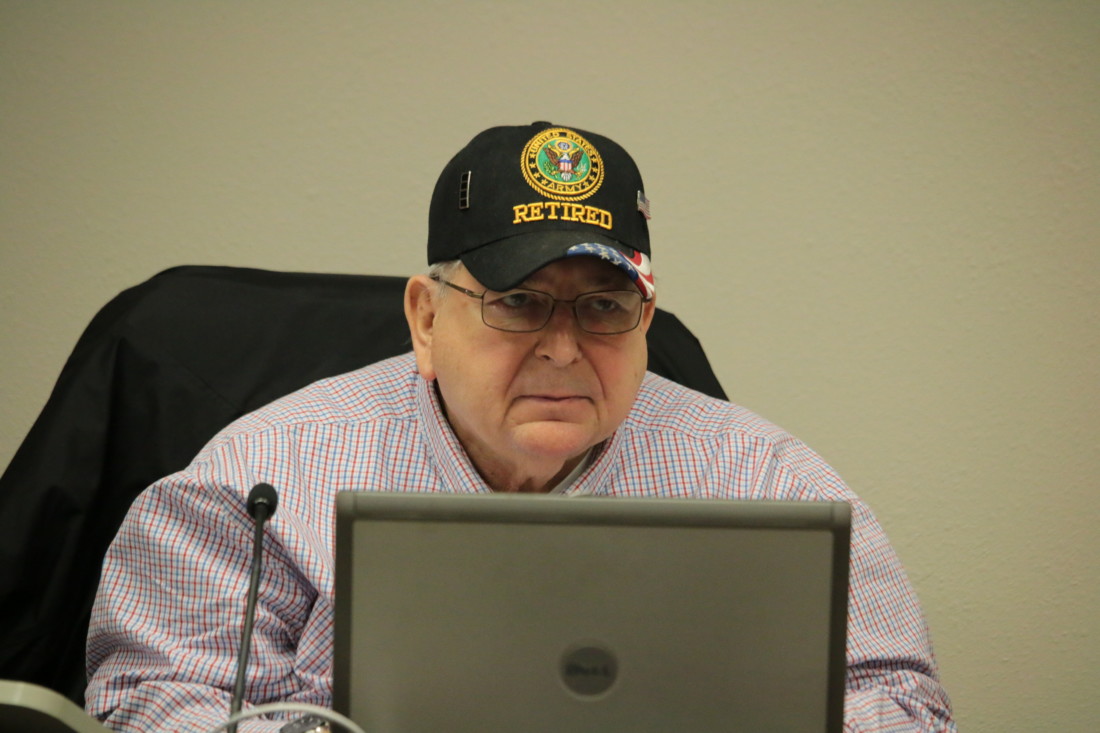 Marty Richman told BenitoLink on March 15 that if he couldn't give 100% to the community, then he had to resign. Photo by John Chadwell.
×

Richman’s daughter Haya—who was at his bedside with her brother Ira and Richman’s wife Joyce—said he passed away around 7 p.m. from complications of renal cell carcinoma, or cancer of his kidneys. Richman had four grandchildren.

Richman had been hospitalized since March 9, first at Hazel Hawkins Memorial Hospital and then at Salinas Valley, after suffering two adverse health incidents. He told BenitoLink on March 15 that he would be resigning from his seat on the Hollister City Council because of his declining health.

Haya said her father “went out on his own terms.”

“He was a thinker and his worst fear was thinking his diminishing health would diminish him mentally,” she said. “He never was diminished up until the minute he died.”

She said there will not be a funeral service or memorial.

“His wish was to be cremated and buried at Arlington [National Cemetery],’” she said. “He was very much military. That was his life and that’s where he’s going home to.”

Richman was born in Brooklyn, New York and was always a “New York kind of guy,” Haya said. He joined the Air Force, then transitioned to the Army, from which he retired in 1984 as a warrant officer (CW4). During his final days in the Army, he was part of the inspection teams in Europe working to disarm nuclear weapons.

After moving to Hollister in 1996, Richman not only adopted his new hometown, he felt it important to become involved in educating the public about city and county government politics and began writing articles, first for the Hollister Free Lance, then BenitoLink.

“He loved the community and when he started writing his articles he was spending more and more time investigating,” Haya said. “He felt there was always more that he could do over time. He wanted to run for City Council because he thought he could make a difference. He said ‘I can educate the community to the issues we’re having so they understand what they’re voting on and what they’re [the government] trying to implement.’ My dad’s thing was all about educating others; it wasn’t about his way or the highway. It was about, ‘I want to explain this complicated jargon that everybody uses, so you can make an educated vote.’”

BenitoLink Executive Director Leslie David said Richman’s relationship with the nonprofit news organization was first as a citizen journalist, then as an elected official.

“Marty always did his homework and could grasp details easily where others would struggle,” David said. “He was very good at numbers and clarifying the costs that many politicians, candidates, political activists and sorry to say, journalists, either didn’t grasp or didn’t bother to grasp. Whether you agreed with his opinions or not, you knew he had a logical reason for where he stood. If everything hit the fan, he still had his sense of humor.”

David said that when BenitoLink first started, Richman attended one of the contributor events and presented the news site with an award for protecting the First Amendment.

“Marty was passionate about freedom of speech and his community,” she said. “He gave back to it through hours of research, reading and writing for decades. I regret not taking the award he gave us and presenting it right back to him as a protector of the First Amendment and model citizen journalist. I will deeply miss our conversations. He had a great intellect, a relentless drive to know more and was fastidious about understanding issues fully.”

Haya said Richman “was trying to tell you [this reporter] in his last days, ‘I can’t give them what they need. I can’t be there 100%.’ He didn’t know at that time he would be passing that quickly, but he just knew that it was going to take time and there wasn’t time for the community to wait.”

Richman’s biggest wish was to make the April 6 city council meeting, Haya said. “That’s all he talked about in the hospital. ‘I have to be at that last meeting. Then I’ll resign.’ He wanted to be there to vote on those things he was passionate about.”

Upon learning of Richman’s passing, Hollister Mayor Ignacio Velazquez said on Facebook: “Marty and I spent hundreds of hours on the phone over the years sharing ideas to make our community better. Sometimes we absolutely did not agree with one another, and sometimes we absolutely agreed with each other. He was a fighter and fought to the end. My condolences to his family.”

Councilwoman Honor Spencer told BenitoLink she was heartbroken to learn Richman had died.

“Marty was an amazing man,” she said, “and I will miss him very much.”

She said she knew Richman wanted to be at the April 6 council meeting.

Councilmembers Rolan Resendiz and Carol Lenoir also extended their condolences to Joyce and the Richman family.

“I could write a lot of things about Marty Richman, but right now I am too sad. I’m really going to miss the laughs and wisdom,” Lenoir told BenitoLink.