Marty Richman will not seek a second term. 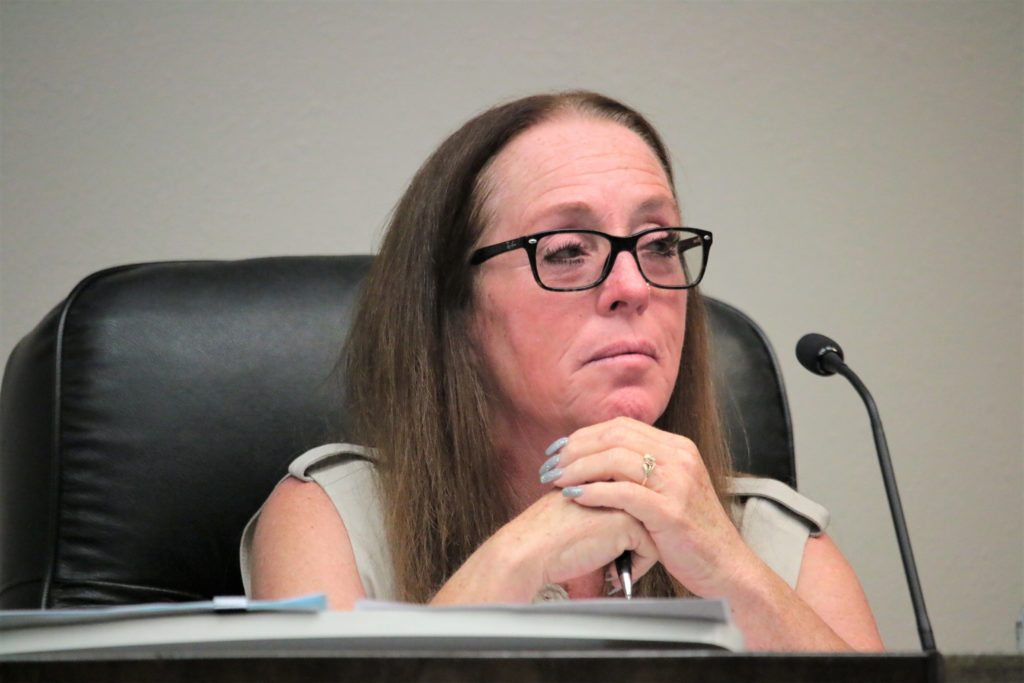 Hollister Councilwoman Honor Spencer announced her intent to run for mayor in 2020 at an Aug. 5 council meeting. Photo by John Chadwell.

Councilman Marty Richman said he will not run again for a second term. Photo by John Chadwell.
×

During the Aug. 5 Hollister City Council meeting, Councilwoman Honor Spencer said she intends to run for mayor in the March 2020 election. In addition, Councilman Marty Richman said that he would be stepping down at the end of his first term. Spencer’s term expires in December 2022, while Richman’s seat is up in December 2020.

Spencer said when she decided to run for City Council it “wasn’t because I craved power and glory,” a reference to a comment by Councilman Rolan Resendiz about her motives for running for office. Instead, she said she was concerned about public safety, the local economy, improving roads, and expanding recreational and occupational opportunities for youth.

“During my short time as a council member, I’ve had an inside view on how things work,” she said, reading from a written statement. “We have made great strides and we have done this by working together. We can continue doing this by being a united community. We, together, can continue our hometown values while looking to the future of Hollister.”

Spencer went on to say that people could solve the issues in the community by collaborating with fire, police, schools, local businesses and groups such as the San Benito County Chamber of Commerce and the Hollister Downtown Association.

“I feel it is time for a new vision and leadership for the future of Hollister,” she said.

Spencer said more about her announcement after the meeting. She said the community needs a leader who is willing to hear opinions from members of the community that the leader does not necessarily agree with.

“[Mayor Velazquez] is right, he is only one vote. However, his language on social media is designed to have a persuasive and impressive effect on his audience, but is lacking sincerity and meaningful content,” Spencer said. ”I love being a councilwoman, love everything about it, but I just feel it is time for new leadership.”

Later that evening, in a discussion on campaign financing, Richman said he would not be running for a second term so the public would understand that nothing discussed would affect him.

Under state law, he said, the council would not be able to change campaign finance limits, so there was no sense in even discussing the topic. He also said because the ad hoc committee, made up of Spencer and Velazquez, had not even met yet that it should be dissolved, but since the topic was a report and not an agenda item up for a vote, he was not allowed to put forth a motion to do so. He said he will request that it be added to the Aug. 19 meeting agenda.

As for why he would not run again, Richman said that in 2020 he will be nearly 79 years old and that he thinks a younger person should step up. He explained his original reasoning for running for office.

“I wanted to do good things for Hollister. I think there are many good things we could do if we work together, but we don’t seem to be able to work together for various reasons. So I’ll do the best I can until my term is over and keep working for the city I believe in and speaking bluntly about who’s doing what.”

Richman also said he made the announcement early because he wanted people to have enough time to consider other candidates for 2020.