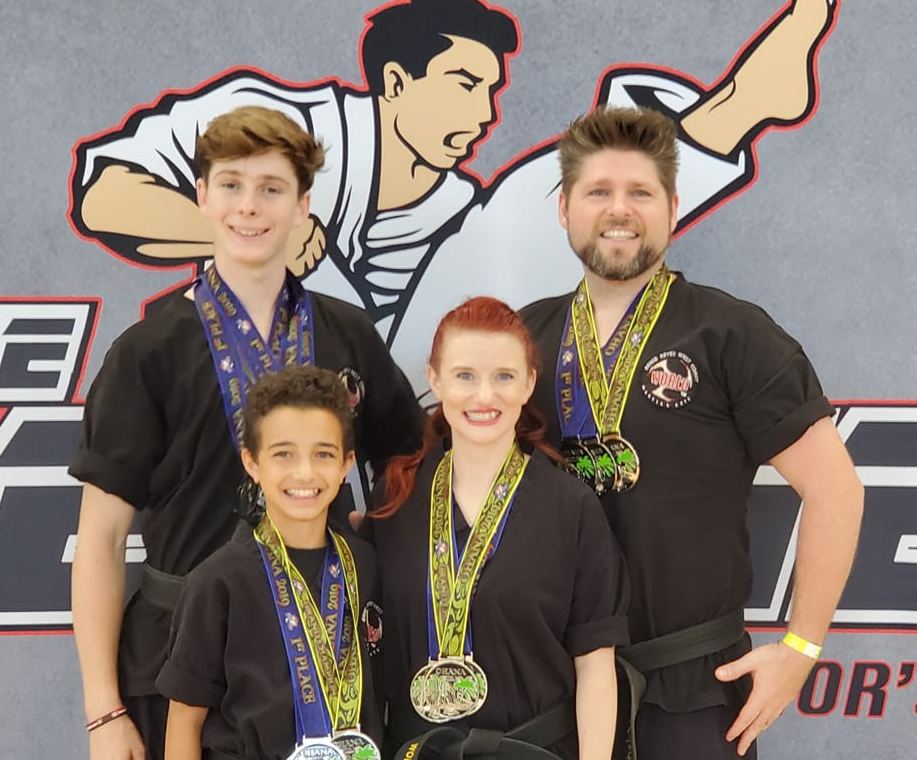 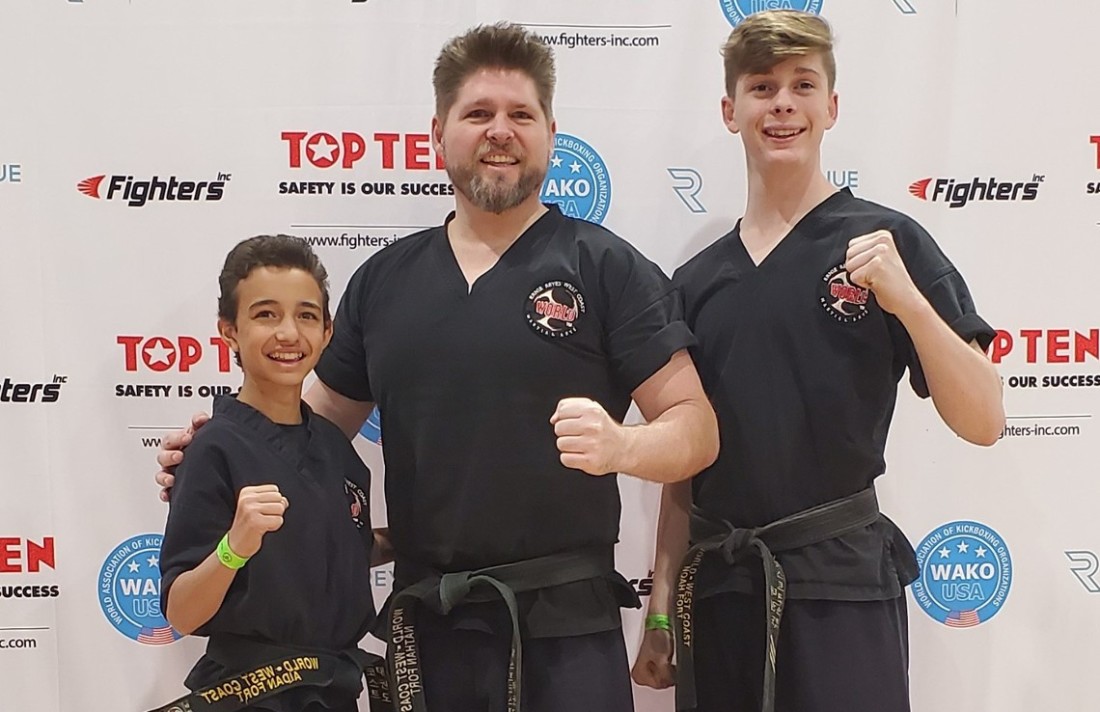 When the shelter-in-place order went into effect, the Fort family started filming video lessons online for their martial arts students. 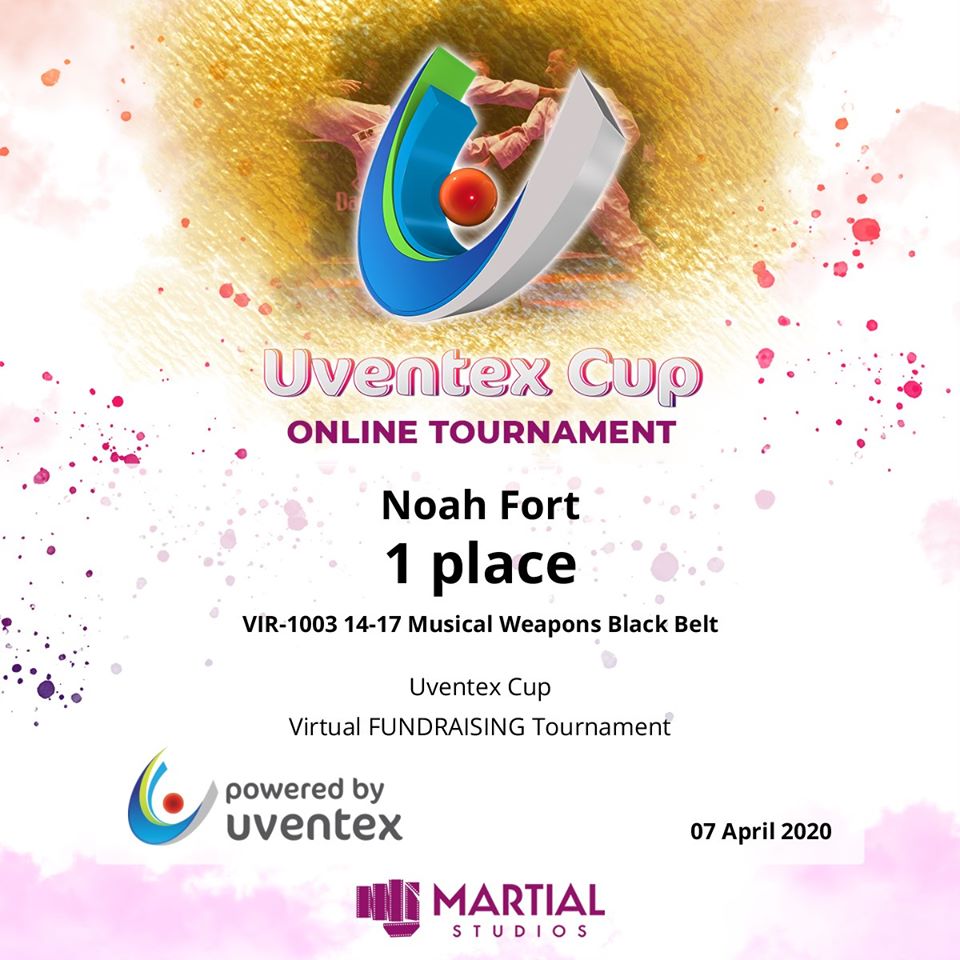 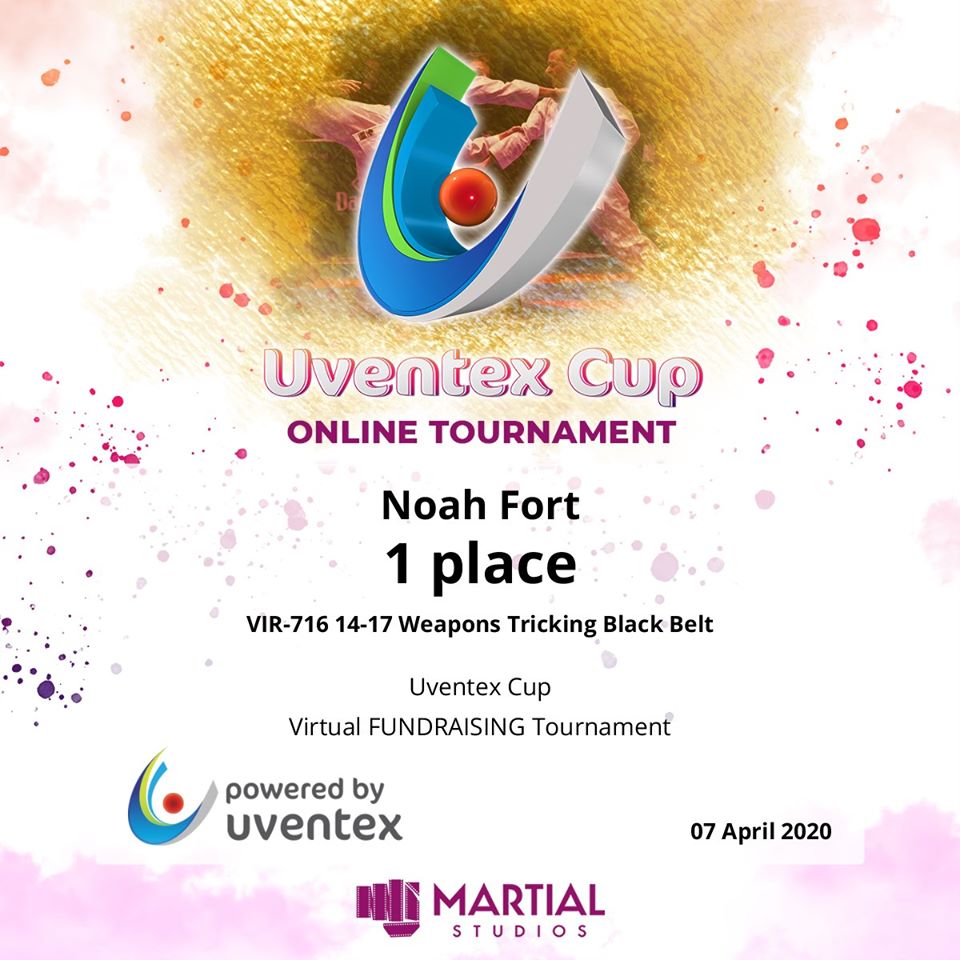 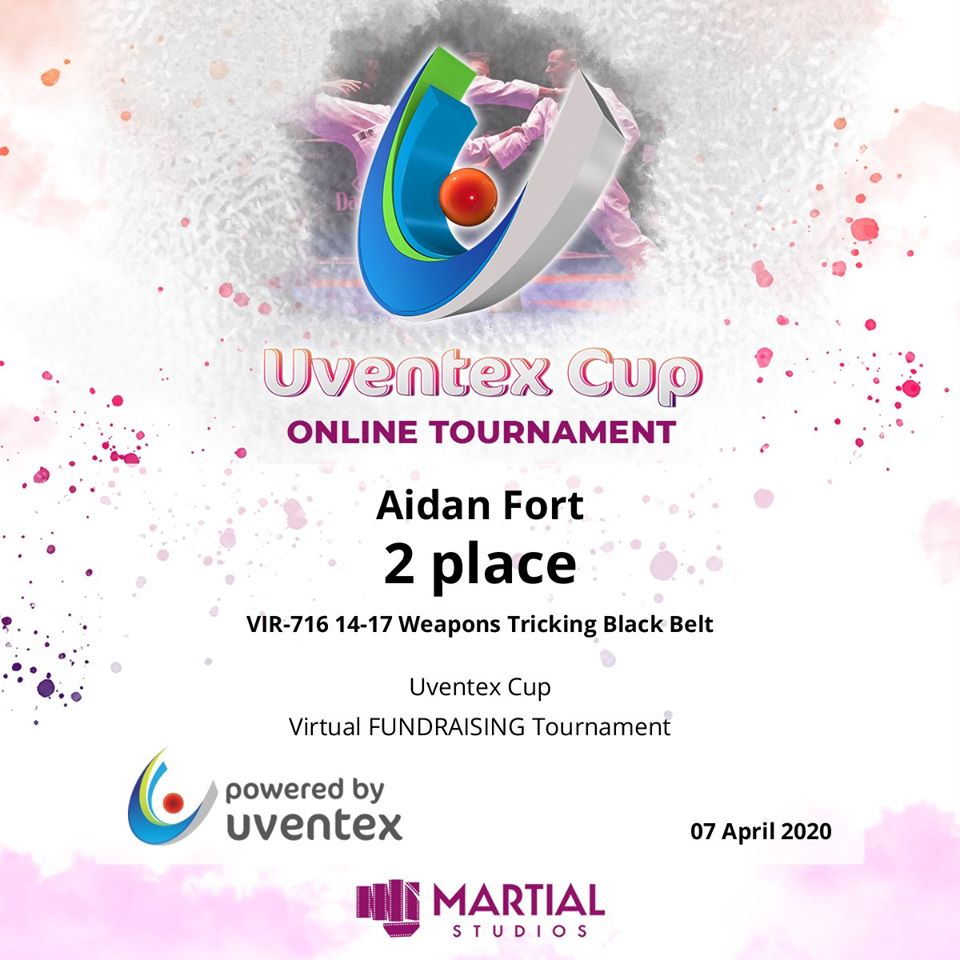 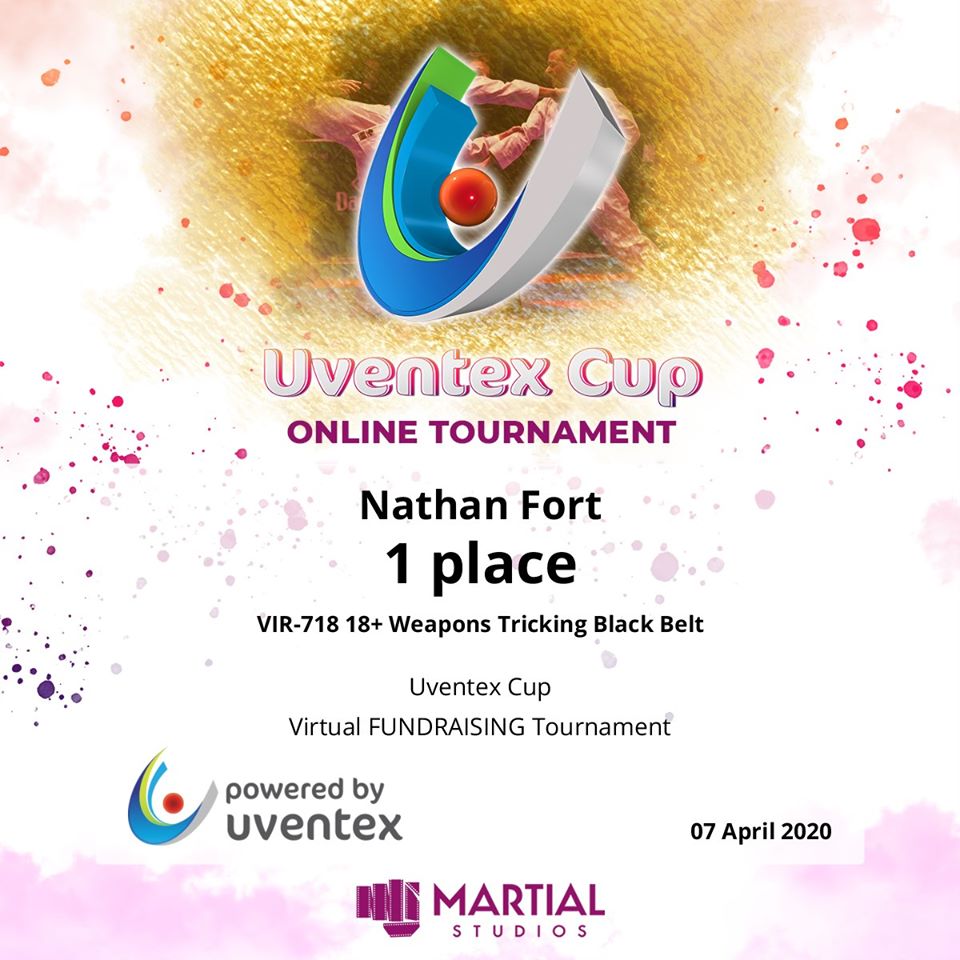 Martial arts instructor Nathan Fort travels about twice a month with his family to compete against top athletes in tournaments around the world. One of his two sons, 16-year-old Noah, is an impressive athlete, a state, national, international, and world grand champion.

“In January we were in Chicago and in February we were in Ontario and Kansas City,” Fort said. “There were a lot of tournaments planned, including one in Quebec in April.”

Father and son were set to join the U.S. team for tournaments in both Serbia and Rio de Janeiro. Then, as the coronavirus spread, tournament after tournament was canceled and all competitions were indefinitely postponed—or so it seemed until the Fort family took part in the Uventex Cup Virtual Fundraising Tournament.

Fort, 43, operates the Hollister branch of Ernie Reyes’ West Coast World Martial Arts at 813 Union Road. He started teaching in his garage six years ago. He now has two training floors, a weight room and instructs over 70 students.

When it became obvious that on-site classes would be canceled because of the virus, his wife Lisa and two sons sprang into action and started filming video lessons.

“The Friday they announced the schools were going to be closing, we started immediately working and filming,” Fort said. “We started filming all the classes for all the students and we never missed a beat. I myself was working 21-hour days on this. By Monday we had classes for all of our student levels.”

Fourteen-year-old Aidan instructs the youngest students along with Lisa. He said filming classes was second nature to the family.

“We do lots of online videos and have racked up half a million views on Facebook,” he said, “so it’s a little easier for us to do videos than other people.”

The experience was good practice for the virtual martial arts tournament.

“The reality is with our business and shelter-in-place, we estimate half of the martial arts studios are going to go out of business,” Fort said. “There is no way to do martial arts classes the way they’ve always been done.”

Uventex, a company that provides event software, along with Jacob Wolfman of Martial Studios, found a way to help.

“They started immediately to come up with a way to do an online tournament and raise money for martial arts studios that are struggling,” Fort said. “You could donate money, you could pay to be in it, and it was free to anyone having a hard time.”

The tournament was broadcast on April 7 and drew 171 participants from 34 martial arts districts around the world.

“Some of them were the top competitors we run into at regular tournaments, and some were people who maybe could never afford to go to the tournaments we go to because it takes a lot of money to go to them,” Fort said.

The rules were fairly simple. Participants chose to enter one or more divisions (traditional, creative, extreme, weapons, or musical forms), then made a video of their performance, with no editing or camera tricks allowed. As the tournament progressed, each participant paired with a competitor and the videos were shown to three judges who selected the winner. The process is repeated with the next bracket and three new judges. In the final bracket an overall winner is chosen.

Nathan took first place in both of his divisions. A sudden decision to merge Aidan’s 13 and 14-year-old division with Noah’s 16 and 17-year-old division meant the brothers would be competing for the same prize.

Both brothers enjoyed the challenge. The performances Noah and Aidan recorded for the tournament are available on YouTube. The full tournament can be viewed at myuventex.com.

“We had a really good time,” Noah said. “We have different styles and different weapons so it was interesting. Because we were in two different brackets we didn’t have to compete right away, but it was really cool to see the way it played out.”

“I have never actually competed against him before,” Aidan said. “I loved it and I hope to get up to where he is now, but I would rather not have gone up against him because he is the top competitor.”

For Noah, the videotaped performance allowed for possibilities that live performances do not. “There is definitely less stress and I can get more focused and ready to go,” he said. “There is also less pressure because it is a video so I can redo it to really get all the details perfect. In a real tournament, if you mess up at all or you drop your weapon you are immediately disqualified from your division. So with this, you get your best against everybody else’s best against each other.”

Aidan said he missed the interaction with the crowd.

“There’s a lot of friends we have in different states and different tournaments,” he said. “You have friends in the crowd cheering you on. You also get to meet new people and it’s always a great experience.”

The virtual tournament was a success, with thousands of dollars raised and distributed to martial arts studios across the country to help keep them afloat. Another meet, the ISKA Online Martial Arts Tournament, is now open to anyone who wants to enter. The Fort family will be there to take on the challenge. Noah is looking forward to it.

“A lot of people can’t do the big tournaments,” he said. “There is a lot of flying, hotels, and registration to deal with. I am not one of those people who wants to restrict competitors. I want all the best people there so I can try to be the best at what I do, not just the best among the people who can afford to go.”

In the meantime, the Fort family continues to videotape lessons and interact with their students. The online classes also open up a new way of reaching potential students.

“For kids that might be nervous, it gives them a chance to try it out at home,” Fort said. “And kids aren’t getting enough activity so we can give them a fun workout with a lot of cardio and strength training. I don’t think we could have adapted our lessons at a better time to help people.” 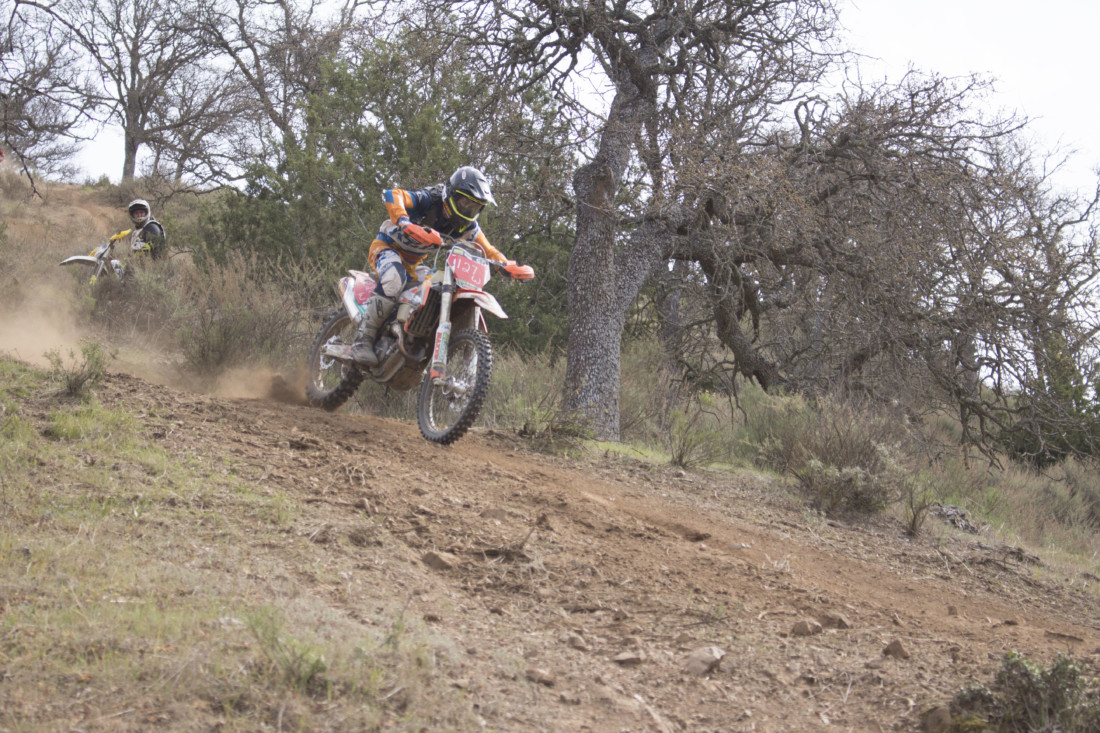