In a contest at Grocery Outlet, they collect canned foods and nonperishables to donate to the Community FoodBank of San Benito.

Hollister PD and Hollister FD have a friendly competition for a food drive for the Community Foodbank of San Benito County. Photo by Juliana Luna.
×

On the morning of Dec. 29, the Hollister Police and Fire departments gathered at Grocery Outlet in Hollister to face the ultimate challenge—grocery shopping.

Run by the Community FoodBank of San Benito, each group was given 90 seconds to fill their carts with as much nonperishable food as possible. In the end, the two departments came up with over $700 worth of food to donate to the food bank.

Before the event, the Community FoodBank of San Benito sent out a list of wanted food to both departments.

“Whoever came out with the highest total of food had bragging rights,” said FoodBank board member Elias Barocio. “At the end of the day, everything in the shopping carts is donated.”

Hollister Police Sgt. Mattew Weiss told BenitoLink that the turnout for the event was a hit, given the support of Grocery Outlet and both agencies coming together for a little friendly challenge to provide for the community.

Two members from each department participated in the match to see who could collect the most food. In the end, HPD won the competition by gathering three carts of food.

Items collected from the competition included cereals, soups, sauces and other canned goods.

Weiss said the officers scouted the store aisles beforehand and came up with strategies.

“I heard about a similar idea being done up in Washington with another agency up and Grocery Outlet,” he said. “So I thought that would be a fun quick way to help donate items to our local food bank to help them out, and luckily I was able to get it done in a couple of weeks.”

“Our strategy was to bring two carts, stick together, and work as a team to get as many items as we could,” Firefighter Robert McQuillin said.

“We didn’t know the cops had three carts with them. That was the kicker.” McQuillin added.

Community FoodBank board members Lorena Villagomez, Darlene Torres and Barocio praised the event and the partnership between Grocery Outlet, the police and fire departments.

“Many think that just because the pandemic is over, there is less of a need for food for the community, but there is a higher need than ever, so events like these help,” Barocio said.

Villagomez added, “We always pride ourselves in making sure the food bank has a variety of foods and nobody feels any shame or embarrassment for coming.”

Torres said since COVID-19, he has seen an increase in requests for support from middle-income residents.

“I think it’s a constant reminder for all of those who are feeling food insecure to make sure that you are coming in and getting the food you need,” Torres said.

FoodBank and Grocery Outlet say they look forward to turning the competition into an annual tradition. 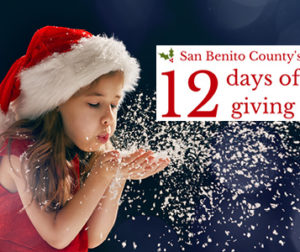 Community collaboration feeds the success of 12 Days of Giving

Local nonprofit organizations are collaborating to raise awareness and funding for needs that go unmet in San Benito County. 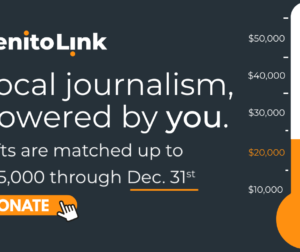 Giving Tuesday is another news day 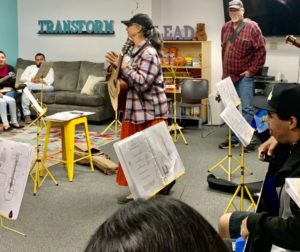